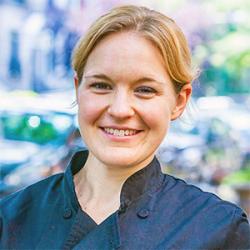 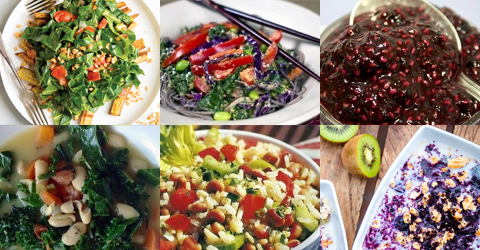 All over the world, food traditions are used to welcome good fortune into the New Year. Some are meant to symbolize an abundance of wealth. Others are intended for good health. From leafy greens to hearty lentils, many of these foods also fit a plant-based vegan lifestyle. Here’s a guide to 7 global traditions and some healthy recipes to celebrate the New Year.

New Year’s food traditions in America, Denmark, and Germany include having some dark, leafy greens on the table. Greens like collards, kale, and cabbage are meant to resemble the abundance of green, leafy dollar bills that will hopefully come in the new year. It’s probably not a coincidence that these hearty vegetables are also in season during the cold winter months.

In New Orleans, creole recipes call for stewed collard greens. Germans have a tradition of pickling cabbage for sauerkraut. The Danish will often serve stewed kale as a side dish. In both the United States and Europe, cabbage and kale show up in the stews and soups of the season. 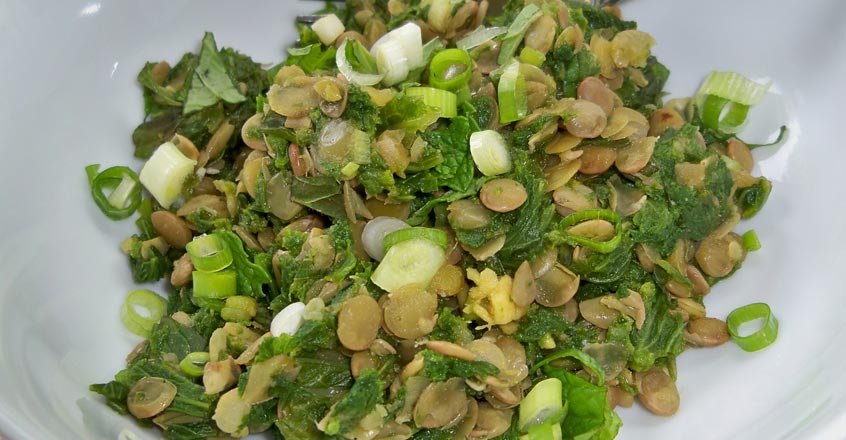 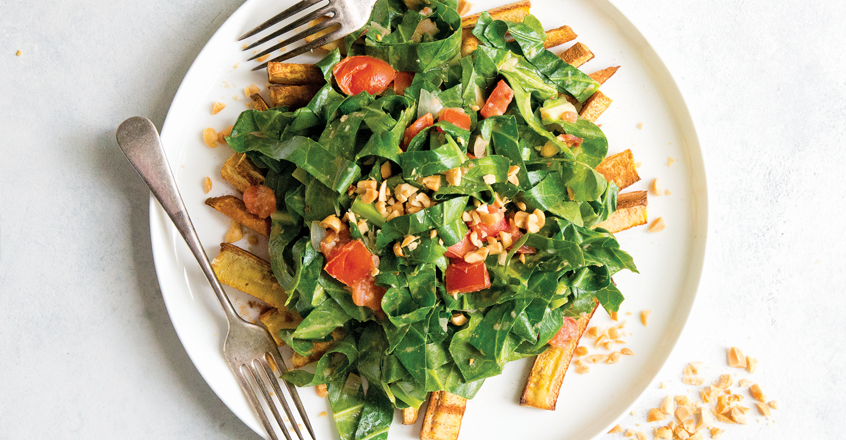 Similar to dollar bills, some food traditions encourage the abundance of coins. Peas, beans, and lentils are enjoyed to encourage more good fortune with money. In Italy, hearty lentil soups fill the table. One of their signature stews, cavolo nero, also called beans and greens soup, doubles up their hopes for both bills and coins. In Germany, a pot of split peas will simmer on the stove. In Japan, the money tradition is celebrated over bowls of black soybeans.

This coin superstition also has roots in the American South. The classic dish Hoppin’ John dates back to the Civil War. During the war, an attack on Vicksburg created a food scare. Luckily, there were enough black-eyed peas on hand to feed the soldiers. The tradition continues to this day, as black-eyed peas are simmered and shared at New Year’s. Sometimes a penny is even added to the pot of peas. Whoever finds the coin is said to have an extra dose of good fortune in the New Year. 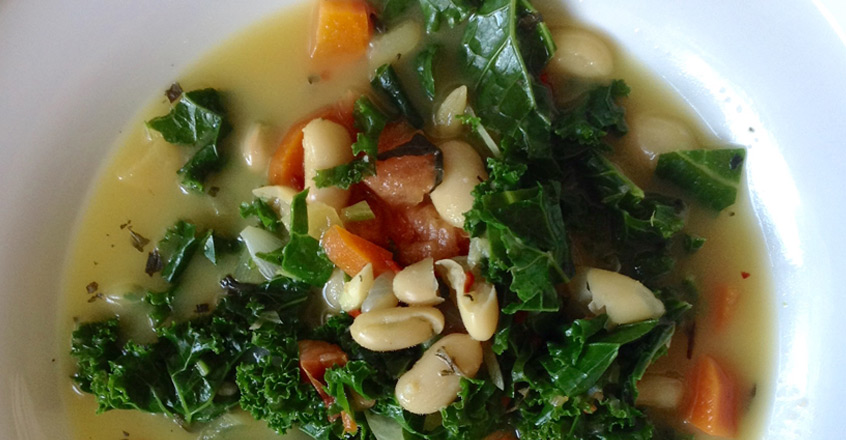 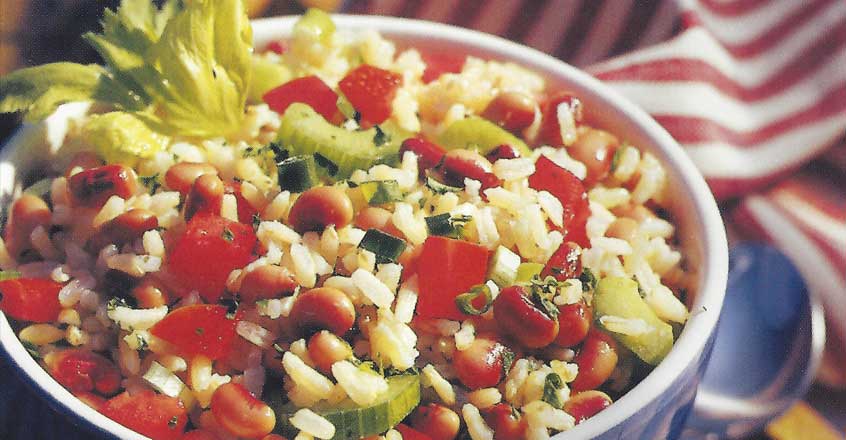 Soba noodles are a staple of Japanese cooking, but they represent more than just a delicious dinner. In fact, these long, hearty buckwheat noodles are slurped in hopes of a long, hearty life. Soba noodles are traditionally used in dishes like ramen, a soup made by combining an umami broth with steamed vegetables, bean sprouts, and spicy chili.

Soba noodles can be used in plant-based recipes like you would use any pasta. Sauté them with an Asian peanut sauce and vegetables for a quick Asian soba noodle bowl. Or create a classic Soba noodle miso soup loaded with vegetables. You can even toss soba noodles with tomatoes and basil for a fusion of Italian and Japanese flavors. 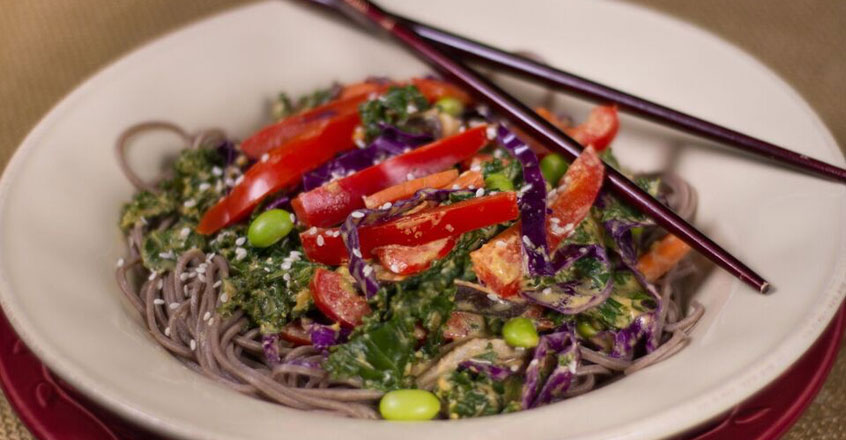 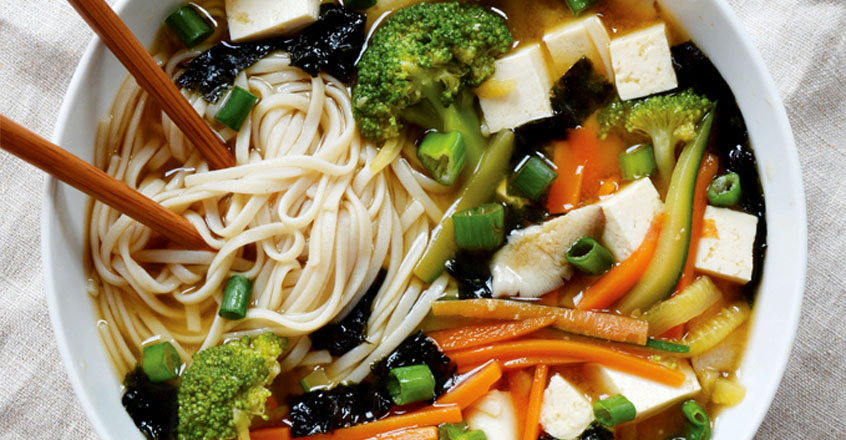 In Spanish and Latin American countries, grapes are the food eaten at midnight. When the clock strikes 12, tradition says that you have the 12 “gongs” of the clock in which to eat 12 grapes. It might sound easy, but just try fitting 12 grapes in your mouth! If you can accomplish this feat, you are sure to have 12 months of good luck.

Be careful, though. If one of the grapes tastes sour, your luck may run into a rough patch. This particular grape is meant to signify the month that will be the most unpleasantly sour in the next year. If the fourth grape you eat is sour, for example, April may be a tough month. The last grape taste a little off? December might hold some ill fortune. 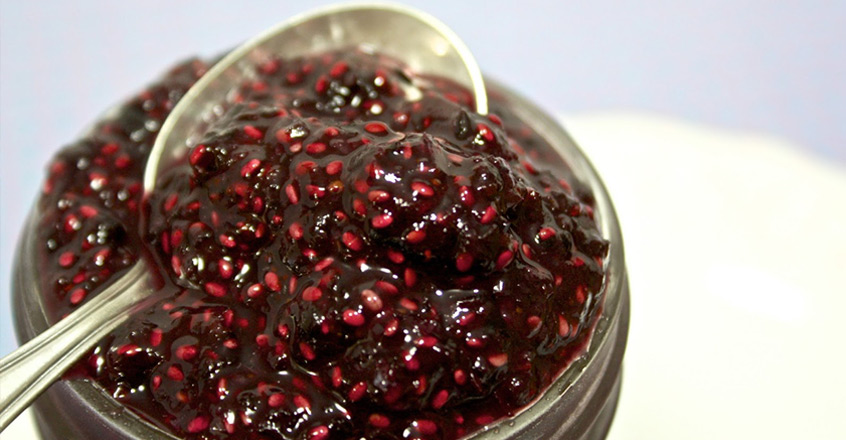 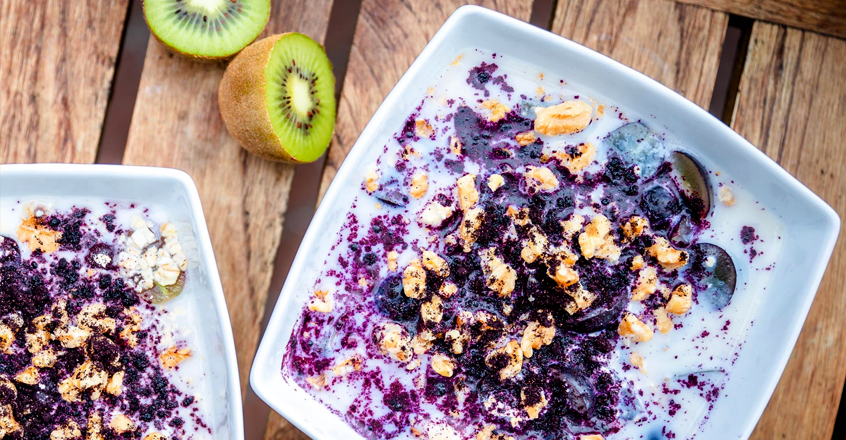 5) Life and Fertility = Pomegranates and Figs

Ruby red pomegranates are revered in Turkey, where they are enjoyed on New Year’s Day. Besides their sweet, juicy flavor, pomegranates have always held a magical quality. Legend says that the number of arils (the part of the pomegranate we eat) is the same as the number of stars in the sky. Around New Year’s, though, it’s the deep color that has the most meaning for pomegranates. The dark crimson is meant to symbolize the human heart, encouraging life and fertility.

Similarly, figs are consumed in parts of Europe to also encourage fertility. The sensuous fruits have long been considered an aphrodisiac, dating back to Greek mythology. The Greek god Dionysus gorged himself on figs and wine, encouraging parties and indulgence. Today, it’s usually a fig pudding or custard that sits on the dessert table. 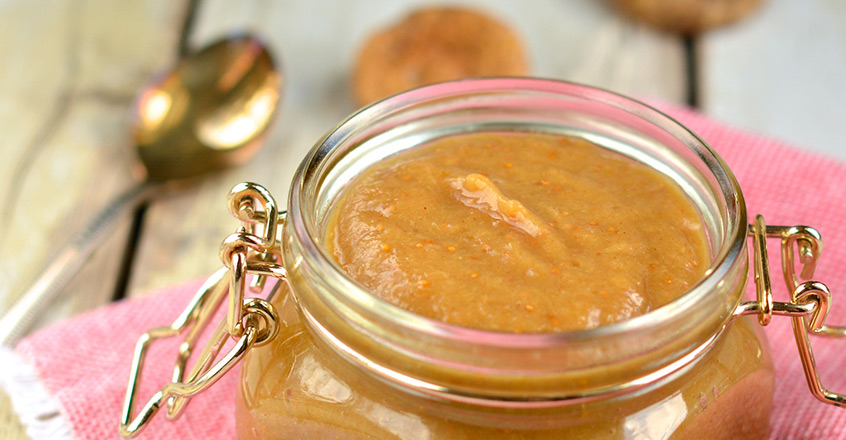 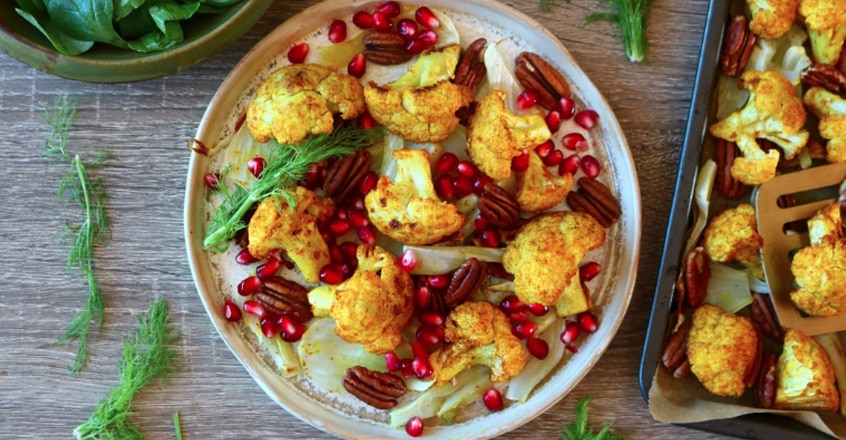 While the Northern Hemisphere is hunkered down for a cold, snowy New Year’s, those on the other side of the world are celebrating the warmest months of the year. Australians fire up their “barbies” (aka barbecues) for holiday parties. Locals might enjoy a fun outdoor rugby scrum before enjoying some fresh grilled kabobs. In New Zealand, the tradition is the same. A New Year’s party will likely have as much smoky charcoal as bubbly champagne.

To harken your favorite summer memories, you can embrace this barbecue tradition. Fire up the grill (even if it’s indoor) and reminisce over your favorite sun-kissed moments with the ones you love. Enjoy the feeling of warm gratitude for the new year. Share a hope that winter will be short and that the summer’s warmth will arrive soon. 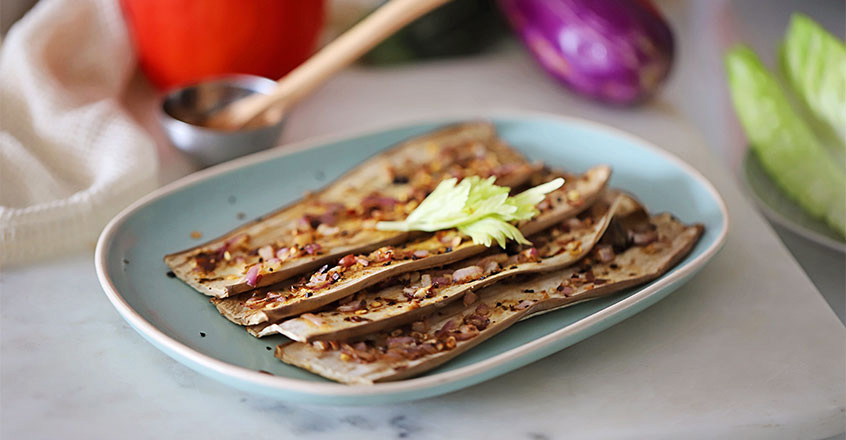 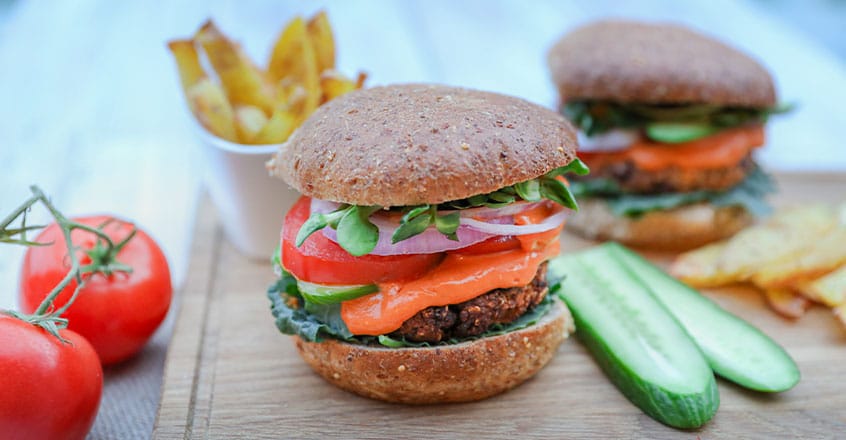 Throughout the world, there’s a New Year’s tradition that has much less to do with what you’re eating than what you may find. As mentioned, in the South, a shiny penny is often added to a pot of black-eyed peas. Whoever finds the coin is said to have found some extra luck for the coming year. In Mexico, a similar tradition is carried on. A big batch of tamales may carry a hidden coin. In Norway, the cook will slip an almond into creamy rice pudding.

The ultimate hidden treasure, though, is the king cake for Mardi Gras. Though it’s not technically a New Year’s tradition, the intention is similar. Inside a sweet, baked cake, there is a little baby Jesus figurine. Whoever finds the little king is supposed to be king for the day. Let’s just hope no one accidentally swallows an arm! 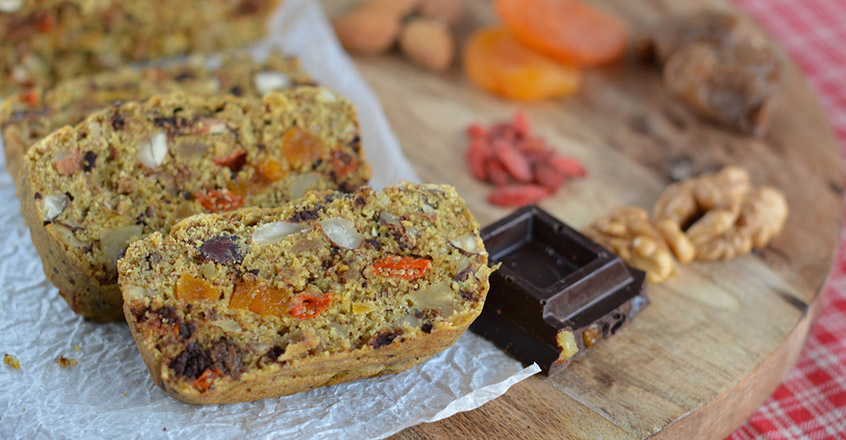 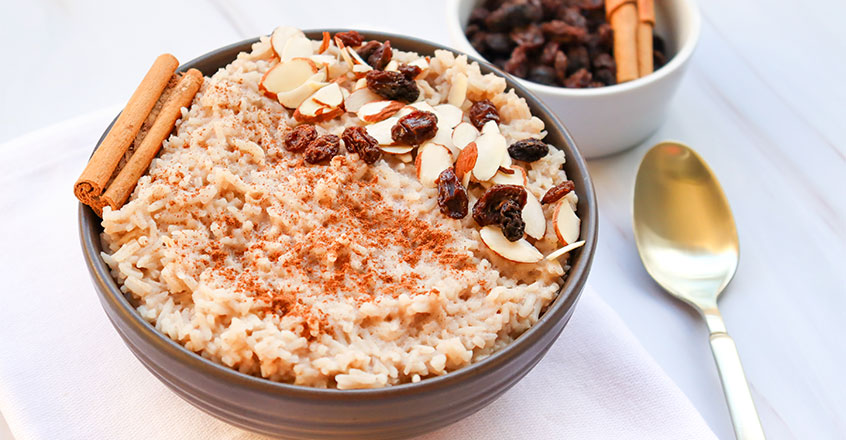 These unique New Year’s food traditions are celebrated around the world to bring in health, wealth, and happiness in the coming year. Whether you’re braising cabbage or hiding almonds in the rice pudding, may you find good fortune for the year to come.