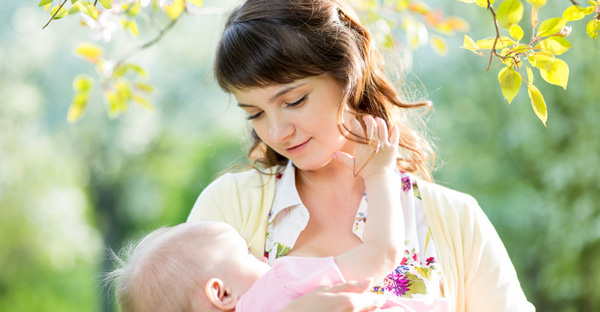 Breast-Feeding, What’s a Mom to Do?

Human milk is essential for a baby’s correct nutrition, for correct digestion, metabolism, growth and development, including the development of the brain. The World Health Organization recommends that infants be breastfed exclusively for the first six months of life[1]. From six months of age or with the emergence of baby’s first tooth, infants may be introduced to solid foods and water, supplementation with breastmilk continuing with no artificial milk necessitated.

On a side note, using sugary water or honey on pacifiers and feeding fruit juices and the child may very well develop a ‘sweet tooth’ and tolerance to sweetness harmful to taste sensitivity and impacting on the child’s acceptance and enjoyment of vegetables.

The benefits of human milk include protection against infection and inflammation. As you may well know, a function of human milk is the transfer of antibodies, these antibodies key to the bronchial and intestinal immunity of the child lasting well into adulthood. Innate immune factors in human milk composition themselves prevent binding of some pathogens (disease causing bacteria and viruses) offering protection against infection.[2] Human milk composition also promotes favourable gut micro-organism colonization. Human milk is important for correct intestinal barrier development and function, guarding against gut permeability and according to the ‘leaky gut’ hypothesis offers protection against some autoimmune diseases.

Breast milk affects gene expression in an infant, the expression of genes being their ‘activation’, including those genes which regard the child’s intestinal development and immunological function. ‘Genes are really sensitive to nutrition and we now have genes that may explain many of the clinical observations of how breastfed and formula-fed infants differ’, lead researcher at the University of Illinois, Sharon Donovan told LiveScience.[3]

The study of breast milk composition since the 1960s has seen a steady rise in the discovery of components with new components still being identified. In contrast, infant formula is standardized within a very narrow range of composition.[4]

Breastmilk composition is dynamic, changing within a feeding, whether at night or during the day, and varying over stages of lactation; breast milk composition also varies to some extent between individuals and between population groups. Stages of lactation starts with colostrum in the first few days postnatal and develops as transitional milk over the next few weeks and by six weeks is considered fully mature, with continued subtle changes as the baby grows.

There is absolutely no way that scientists are able to reproduce human breast milk, turn it into a powder and put it in a tin. While the decision to formula feed one’s baby is an individual’s choice, any mother would be well advised to breastfeed, to give it her best attempt before considering otherwise, even if it means having to complement with formula if need be. Obviously there is no blame for any mother who is unable to breastfeed – however the important message here is that formula feeding should be the last resort. If you would like to try the practice of wet nursing or expressing milk for others there are some recommended hygienic procedural guidelines.[5]

Unfortunately cow’s milk and infant formula are big business. Milking cows and formula feed have desensitized society to the true value of human breast milk for the human population. The invention of formula presented opportunity for women to return to work a mere 6 weeks after giving birth and most often women are not at liberty to breastfeed full time for six months, and this is indeed a massive problem.

Type-1 diabetes was associated with the introduction of cow’s milk to the child’s diet. Studies on neurodevelopment also showed overall evidence in favour of breast-feeding.

For mothers, not breast-feeding or stopping too early was associated with higher risk of retained gestational weight gain (failure to lose weight gained in pregnancy), diabetes type 2 and the metabolic syndrome, breast and ovarian cancer, cardiovascular disease and heart attack.[6][7]

Mammalian milks are indeed a true wonder of nature and differ tremendously between mammalian species. Note that a human lactating mother should not herself drink cow’s milk, one of the reasons for this is that cow’s milk proteins are passed through breastmilk which definitely causes colic in a baby.[8]

More shockingly, ‘the opiate-like effects of the casomorphin in cow’s milk (passed through breastmilk) may have a depressive effect on the respiratory center of infants, and lead to milk apnea, in which babies temporarily stop breathing and are placed at risk for sudden infant death syndrome’, at least this has been proven in one related case.[9]

“The scientist’s’ religious feeling takes the form of a rapturous amazement at the harmony of natural law, which reveals an intelligence of such superiority that, compared with it, all the systematic thinking and acting of human beings is an utterly insignificant reflection.”