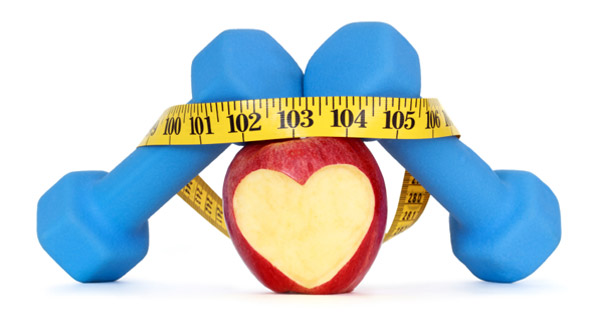 Cardiovascular disease is the leading cause of mortality in the U.S. Heart disease and cancer combined, account for almost 50% of all deaths each year and affects nearly 14 million Americans.[1] Over the past 40 years, numerous scientific reports have examined the relationships between fitness level, physical activity, and cardiovascular health. The Centers for Disease Control and Prevention (CDC), the American College of Sports Medicine (ACSM), and the American Heart Association (AHA),[1][2][3] along with the 1996 US Surgeon General’s Report on Physical Activity and Health,[4] reinforced scientific evidence linking regular physical activity to various measures of cardiovascular health. The prevailing view in these reports is that more active individuals tend to develop less coronary heart disease (CHD) than their sedentary counterparts. If CHD develops in active individuals, it occurs at a later age and tends to be less severe.

A remarkable amount of scientific evidence indicates that an appropriate amount of exercise is a viable means to effectively manage the primary risk factors associated with CHD. Studies that followed large groups of individuals for many years have documented the protective effects of physical activity for a number of non-cardiovascular chronic diseases, such as non–insulin-dependent diabetes, hypertension, osteoporosis, and colon cancer.[4] In contrast, we see a higher rate of cardiovascular events and a higher death rate in those individuals with low levels of physical fitness.[2][4] Even midlife increases in physical activity, through change in occupation or recreational activities, are associated with a decrease in mortality.[5] Despite this evidence, however, the vast majority of adults in the United States remain effectively sedentary; less than one-third of Americans meets the minimal recommendations for activity as outlined by the CDC, ACSM, and AHA expert panels.

There are a number of physiological benefits of exercise; 2 examples are improvements in muscular function and strength and improvement in the body’s ability to take in and use oxygen (maximal oxygen consumption or aerobic capacity). As one’s ability to transport and use oxygen improves, regular daily activities can be performed with less fatigue. This is particularly important for patients with cardiovascular disease, whose exercise capacity is typically lower than that of healthy individuals. There is also evidence that exercise training improves the capacity of the blood vessels to dilate in response to exercise or hormones, consistent with better vascular wall function and an improved ability to provide oxygen to the muscles during exercise.[1]

Other benefits of regular exercise are:

Although the effect of an exercise program on any single risk factor may generally be small, the effect of continued, moderate exercise on overall cardiovascular risk, when combined with other lifestyle modifications (such as proper plant-based nutrition, smoking cessation and stress management), can be dramatic.

If you currently have heart disease or are over 45 years of age and have 2 or more risk factors (immediate family member with heart disease before age 55, cigarette smoking, high blood pressure, abnormal cholesterol levels, diabetes, sedentary lifestyle, or obesity), you should consult your physician before starting any type of exercise.[1] Clearly, most people can derive significant benefits from integrating 30 minutes of moderate activity into their day. If you know you cannot set aside 30 minutes of activity on a given day, try to work more activities into the day by taking the stairs rather than the elevator, or walking rather than driving. Work several shorter periods of activity, such as 10 minutes, into your schedule. The most important thing is to get started. There is mounting evidence in the scientific literature that physical activity and physical fitness have a powerful influence on a host of chronic diseases.[4] Reducing the risk of heart disease through greater physical activity could have an enormous impact on health in the United States.