Topics » Psychology & Social Issues » Observations From China: What Happened to the Plant-Based Diet? 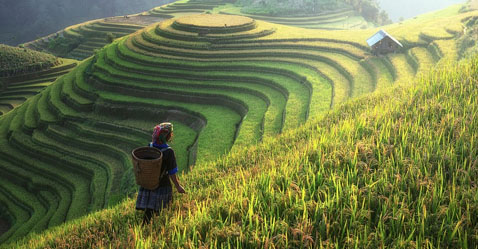 Observations From China: What Happened to the Plant-Based Diet?

My husband and I spent 7 days in China, sightseeing and meeting with locals in Beijing, Suzhou, Hangzhou, and Shanghai. Before we went, friends who had traveled to China told us it would be hard to eat plant-based in today’s China. They said, “everything is meat! Everyone eats meat!” We wondered how could that be possible. Wasn’t the traditional Chinese diet mostly plant-based? China was a major center of Buddhism and the founding state of Taoism, two nature-oriented philosophies that promote vegetarianism and low-impact living. However, as we soon discovered, the situation in modern China has become quite different.

In 2005, T. Colin Campbell, PhD and Thomas M. Campbell, MD co-authored the book, The China Study, which concludes that a whole food, plant-based (WFPB) diet is the most optimal for health. What made this project especially remarkable is that, among the many associations that are relevant to diet and disease, so many pointed to the same finding: people who ate the most animal-based foods got the most chronic disease. Even relatively small intakes of animal-based foods were associated with adverse effects. People who ate the most plant-based foods were the healthiest and tended to avoid chronic disease. I suspect most Chinese would understand that chronic diseases such as heart disease, diabetes, and cancer are related to the food they eat, because chronic disease was rare just a couple of decades ago, when much of China consumed primarily plant-based foods.

Locals explained that another unfortunate trend is the increased consumption of oils and deep-fried foods.

According to some of the locals, the Western dairy industry has worked very hard for the last few decades to introduce dairy into the Chinese diet. Apparently dairy products were not used, except in the far north, until the early 1980’s. Now, getting ice cream and drinking milk is commonplace, especially in urban areas. Fast-food franchises like KFC, Dairy Queen, McDonald’s, and Pizza Hut have become quite common as well. These American chains are constantly packed with young people. Although they may understand that American fast food is unhealthy and leads to weight gain, the growing trendiness of fast food among young people in China has dramatically increased consumption.

Our tour guide stated that the number of overweight children has grown significantly, and roughly 1.7 million children under the age of 18 now suffer from diabetes. In contrast, the older generations are still consuming a more traditional Chinese diet. Before the founding of the Republic of China in 1949, the diet of most of the Chinese was a very simple one consisting of rice, vegetables, legumes, fruit, and very trivial amounts of animal-based food. It was only the elites who went for the “fine” cuisine. It seemed the wealthier the area, the heavier the children.

The total amount of animal-sourced food consumed is not that excessive compared to the rest of the world—it’s still less than Europe or the US—but the trends seem to indicate continued increased consumption. Locals explained that another unfortunate trend is the increased consumption of oils and deep-fried foods. Residents have moved away from more traditional cooking methods like steaming and baking, leading to an average 300-400 calories of added oil consumption per day.

We also learned about a relatively new issue in China: the consumption of sugar. It seems every city or small town has a confectionary and shops to buy pastries and soft drinks. This was non-existent just a few decades ago.

Many locals we spoke with predicted that obesity will become a major health problem in China, particularly in urban areas. In addition to the increased consumption of commercial fast food, animal foods, sugar, and oil, they are also buying cars at a phenomenal rate. This means that many are getting less daily exercise than ever before.

For all of those plant-based travelers like us out there, it is possible to travel in China and find amazing plant-based food. Our guide in Beijing explained that the Chinese were not familiar with the terms “plant-based” or “vegan” and suggested we start with the phrase wo chi su (literally “I eat vegetables”). Another guide in Shanghai explained that using the terms “pure vegetarian” and “Buddhist vegetarian” were the best. Whether we were dining in a local restaurant, hotel, or street market, the message was ALWAYS followed with delicious plant-based fare: rice, noodles, fresh vegetables, tofu, nuts, and beans. After being in China and speaking with locals, I am perfectly comfortable saying that the average Chinese person is healthier than the average American. I think Americans could learn a few health tips from China.

However, China is going through a similar pattern of self-destruction like other industrialized Western countries—and there’s no reason to assume this pattern won’t continue. Will we see China’s obesity rate catch up to the West? I prefer to think not. I would like to be an optimist and say that even with the recent changes, the Chinese will manage to preserve their concepts of wellness and balance, still eat their vegetables even if surrounded by KFC and Starbucks. Sticking with a more traditional diet with plenty of fruits, vegetables, legumes, and whole grains would be a good thing for China and an object lesson for the West. 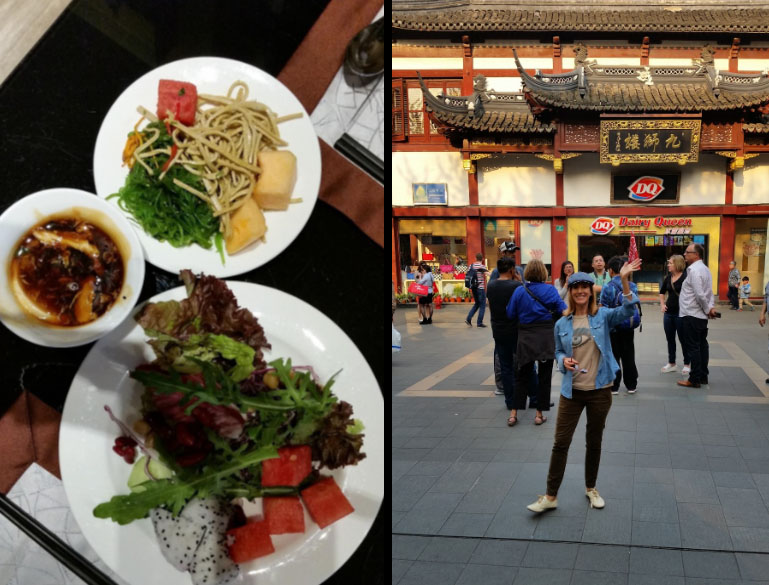 The China Study: 3 Lessons We Need to Know

Why China Holds the Key to Your Health