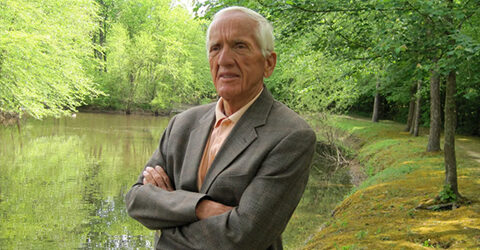 After being immersed in the nutrition community for so many decades, I’ve come to see a serious dilemma that appears to be almost irreconcilable. On the one hand, nutrition creates more health than all the pills and procedures combined yet, on the other hand, it remains so controversial and confusing that it is almost impossible to understand. Two sides of an enormous chasm.

In my opinion, this is a self-destructive inferno of word play that need not exist if only we could understand the reason for this dilemma. I suggest that we start by understanding the science of nutrition. I also suggest that we know the difference between reliable scientific evidence, around which we build consensus for which we can have consensus versus personal choice on how we use that evidence. We should not confuse these exercises.

In 1980, I wrote at some length on the topic of decision making and personal risk when choosing whether to consume a preferred food believed to contain small amounts of toxic substances.1 As individuals, we should be able to agree on the facts (i.e., ‘science’), but also accept the idea that what each of us chooses to do with those facts is a personal matter, an issue of subjectively choosing, consciously or subconsciously, risk of potential harm (or benefit). Too often, we confuse objective science with subjective choice. Our disagreements on salt, oil and sugar, among other issues of this type, is a good example.

One way of navigating through these misunderstood arguments, however, is first to consider a much larger question of defining nutrition, and the type of food we should consume to gain that nutrition. And, in that exercise, we need not obsess over our using finite numbers as if they distinguish good from bad, with absolute certainty. Exacting numbers are desirable in engineering and physics in general, but it is less important in biology, where estimates of effects are generally more in order.

Let’s return to the discussion of salt, oil and sugar (SOS), which have sadly sullied conversations in the plant-based food community. These discussions become so sharp-edged that they become more personal than scientific. And these sharp edges are often conditioned by numbers as if they were sacred. When numbers are added to an idea, a sense of certainty is assumed.

Fixed numbers generally represent statistical estimates of populations. They do not equally apply to each individual in the population. In my experience, too many people take these seemingly exact numbers too seriously and, accordingly, feel free to make firm decisions to distinguish good from evil, certainty from uncertainty.

I try to rely on reliable scientific data. If I stray, I try to be clear that this is my opinion. If I am wrong, I will be the first to want to know, with evidence of course. Whether I have effectively navigated this process, I cannot say. I only try.

First, a Word on the WFPB Diet

To cut through the confusion, let’s consider a definition for nutrition, and the type of food we should consume to optimize nutrition. Research shows that real nutrition comes from whole plant-based foods (WFPB). There are only two parts to my description of the whole food, plant based (WFPB) diet, while keeping simple the general message and fully recognizing the complexity of the supporting evidence.

Part one: the whole food plant-based (WFPB) diet is based on whole foods consumed in their reasonably intact form, cooked or raw, physically diced, sliced or combined with other foods as one chooses. The important point about wholeness is that all of the nutrients in the food are consumed together, as opposed to their being consumed in isolation, as in supplements.

Part two: animal foods are not necessary as all nutrients essential for human health can be provided by and even optimized by plant foods. Also, there is no health value for added oil or fat or refined carbohydrate (e.g., sugar)—these are not whole foods. I estimate that at least 90% of one’s optimal health will be achieved by living these two simple rules.

On fat and/or oil, I know of no reliable evidence to avoid every drop of added oil for health reasons. But, personally, my reasons for not using added oil is mostly because most of the marketplace oil is relatively rich in omega-6 pro-inflammatory fats, which readily oxidize to free radicals and which promote aging and development of various degenerative diseases. In addition, pure oil is generally low or absent in nutrients, only providing calories. Thus, its use, in general, results in less consumption of foods full of nutrients. Also, added oil in higher amounts, and especially when used in processed and animal-based foods, is addictive, the more consumed the more it is wanted, thus adding to the problem. I do not apply these comments to oil-rich whole foods, like nuts, seeds and avocados because several studies show that risk of heart disease decreases with the modest consumption of these foods. However, some individuals find that they can gain weight with the overconsumption of high-fat plant foods, thus necessitating a decision based on personal experience.

There also is no nutritional need for refined sugar, which can be addictive in higher amounts, especially when used in beverages, pastries and other processed foods. Consumption of these foods is associated with obesity, cardiovascular disease, dental caries and diabetes. On the other hand, there is no scientifically verifiable evidence that small amounts of sugar and other sweeteners used in whole food plant-based recipes cause any noticeable harm, the only precaution being the encouragement of addiction.

Salt also can be addictive when used in higher amounts, especially when used in processed and animal-based foods. Overconsumption increases risk of hypertension and risk of stroke (cardiovascular disease, CVD), especially for those who appear to have a genetic predisposition for these conditions. Efforts to reduce salt intake have been pursued by public health authorities for many years, both by individual countries and internationally by the World Health Organization (WHO)2. WHO recommends less than 5000 mg salt/day (2000 mg sodium); the U.K. is less than 3000 mg salt/day (1200 mg sodium) while the U.S. is less than 6000 mg/day. Those who use a diet of whole, plant-based foods, however, will avoid the large amounts of salt otherwise present in animal-based and processed foods used by most people. World salt consumption is about 10,000 mg/person/day. CVD risk declines (linearly) as salt intake decreases from 12,000 to 3,000 mg salt/day, but there is no evidence of lower disease risk below 3,000 mg salt/day. This means that a dietary regimen providing, for example, about 1,500 mg/day is well within this safe/healthy range, thus permitting reasonable addition of salt in the home (cooking and at the table), especially if it invites use of this diet by those unfamiliar with this rather new taste. Importantly, the amount of sodium one can consume is also affected by the degree to which one perspires. People who sweat because they are exercising require a higher sodium intake, and in fact can suffer serious health consequences with a sodium deficiency.

In summary, I know of no reliable evidence suggesting oil, salt and sugar are necessary for our health (with the salt exception just noted), but I also know of no evidence against their modest use to enhance flavor. Indeed, flavor can help people sustain their commitment to a plant-based diet. Nuts, for example, can provide fats and oils to enhance taste. Similarly, sugar-rich maple syrup, dried fruits (e.g., dates, raisins) and even small amounts of refined sugar, each having their unique sweetness, flavors and costs, can be used to good effect without compromising health by those new to this diet, thereby encouraging them to adopt the diet and to gain its health benefits. But in doing so, one should be mindful of the goal of minimizing them, especially after people adopt their new taste preferences.

As to what is “modest,” there are some benchmarks we can aim for, such as my prior suggestion of 1500 mg of sodium per day (c.f., U.S. recommendation is less than 2300 mg sodium per day), but it also may sometimes be a matter of personal choice, which undoubtedly will vary among different people and which can change with time as one becomes more accustomed to these relatively new foods.

How this information might be used by those who cook the food is not in my wheelhouse—I only try to understand the science. I am confident of the supporting science for this dietary lifestyle thus I am enthusiastic for finding ways to make known this diet to more people, including those who may be initially challenged by its tastes. Because most of us know the health consequences awaiting our new acquaintances and friends, I would hope that we can limit unnecessary argument about details and, instead, use that energy to emphasize the far more important overall message that maximizes health both for ourselves and others and, indeed, for societal and planetary health.

What Is a Processed Food vs a Whole Food?