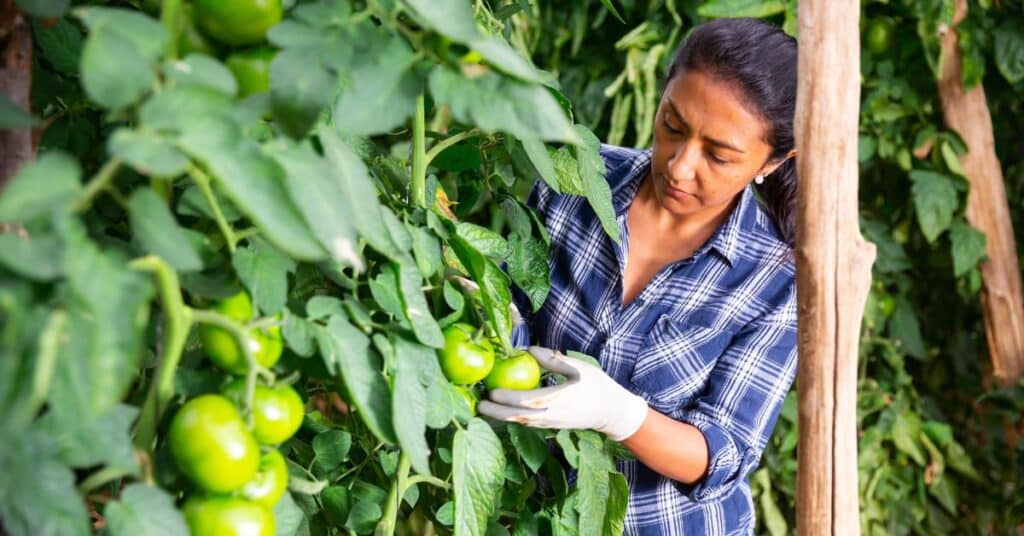 The T. Colin Campbell Center for Nutrition Studies (CNS) interviewed Alyshia Gálvez, PhD, during the 2021 Plant Forward workshop series, which focused on regaining control of our food system. Alyshia Gálvez is a cultural and medical anthropologist, award-winning author, and Professor of Latin American and Latino Studies at Lehman College of the City University of New York. In the interview, she discussed the consequences of changing food policies, systems, and agricultural practices in Mexico and the United States. Her focus on trade and economic policy, and their public health implications, is also the subject of her 2018 book, Eating NAFTA: Trade, Food Policies, and the Destruction of Mexico (UC Press, 2018).

“Eating NAFTA… exposes how changes in policy following NAFTA have fundamentally altered one of the most basic elements of life in Mexico – sustenance. Mexicans face a food system that favors food security over subsistence agriculture, development over sustainability, market participation over social welfare, and ideologies of self-care over public health. Trade agreements negotiated to improve lives have sometimes failed, resulting in unintended consequences for people’s everyday lives.” -Alyshia Gálvez, PhD.

The North American Free Trade Agreement (NAFTA) between Mexico, the United States, and Canada came into force in 1994. “[It] eliminated tariffs and barriers to trade between Mexico, the United States, and Canada, uniting them in a single market and facilitating direct investment and the flow of goods across borders.” A key moment in the trend toward globalization, the beginning of NAFTA has had, “the effect of distributing the consumption of industrial products far and wide.” In her critique of NAFTA, Gálvez points out that the trade agreement opened the borders to the flow of goods and capital but did not equally liberate the flow of labor, with consequences for the populations of all three countries. 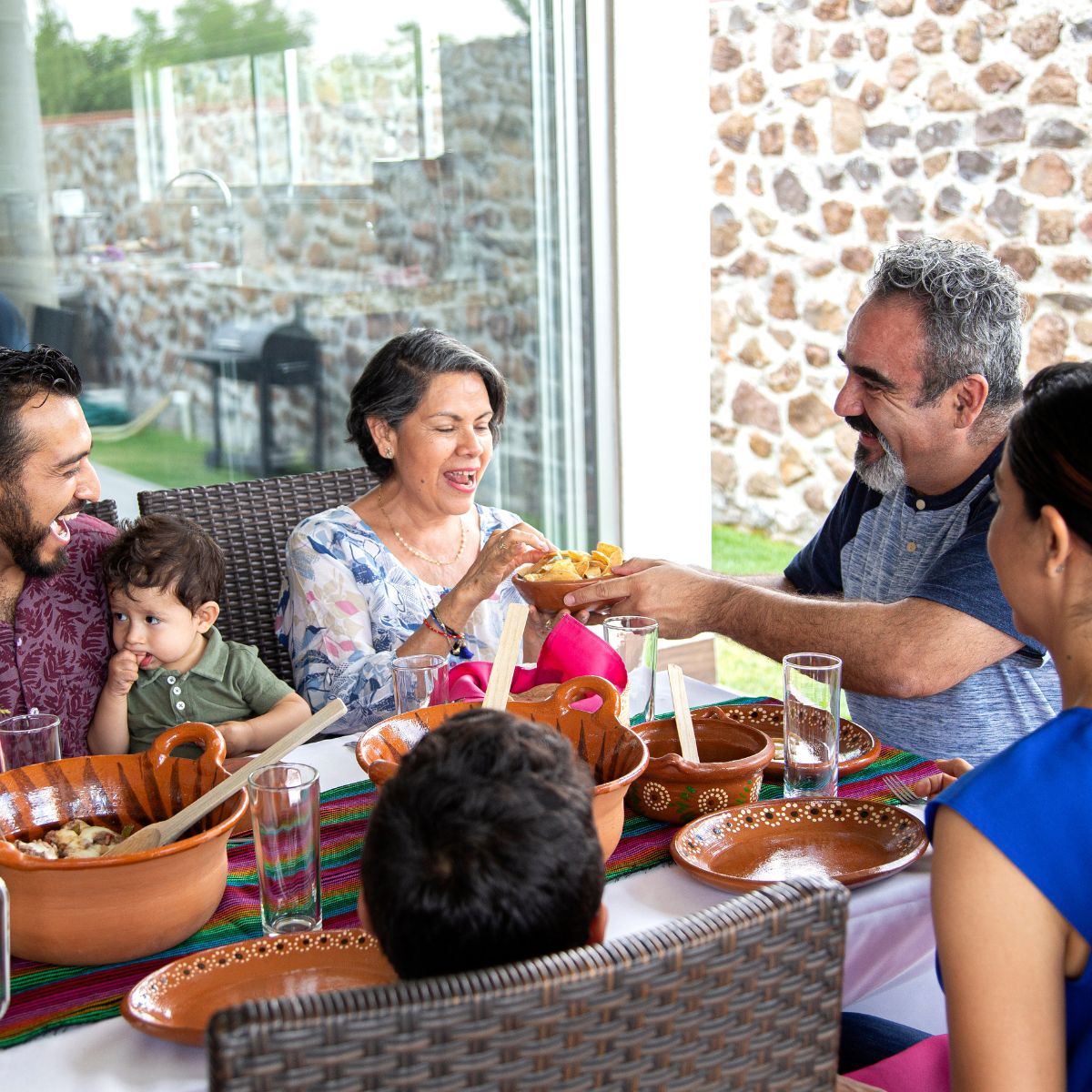 What were the intended outcomes of NAFTA?

Gálvez points out that Mexico initiated the conversation to strengthen its economic power. The theory was that the countryside was a drag on progress—”[that] small-scale agriculture was inefficient for future prosperity, and Mexico needed global direct investment and participation in international trade.”

What are the most significant assumptions supporting NAFTA, and are they borne out?

Gálvez critiques our ideas about efficiency—a concept often championed as part of the globalized industrial agriculture system. According to her, if we define efficiency as the ratio of what we put into something to how much we get out of it, then traditional Mesoamerican small-scale milpa-based farming is more efficient than industrial agriculture. In milpa-based farming, “you put in seeds, ancestral knowledge of when and how to grow or harvest, water and land. Very little goes into this farming. [It’s] not huge yields, but nothing is going in. What you get out is very nutritious, good quality corn, and everything is used, so nothing goes to waste. Goats eat corn stalks, and husks are used for tamales.” Despite high yields, industrial corn farming requires a ton of inputs: 93 billion dollars of subsidies prop this system up, and it requires massive machinery and chemicals (pesticides and herbicides). The output is not great either: environmental harm, social harm, negative health impacts, degradation of soil and waterways, and exposure to toxic chemicals. The food product itself is also nutritionally inefficient—a nutritionally depleted food that is produced with no intention for human consumption. Gálvez invites us to question the dominant system’s definition of efficiency.

What have been the outcomes of NAFTA?

NAFTA accomplished the goal of uniting the three countries to work and trade together, but it has not propelled Mexico into prosperity. Deterritorialization was the primary outcome: workers were displaced, producing a migratory outflow with no provision for human mobility. For example, Gálvez describes how avocado farmers in Mexico could no longer compete with Florida growers given the Florida growers’ new protection. As a result, Mexican farmers, “abandoned their avocado farms and migrated to the US.”

What are the agricultural outcomes of NAFTA?

Small-scale farming was deemed inefficient and no longer prosperous for Mexico in the global age. The government shrugged off the fact that these farms fed the country for thousands of years. Today, Mexico imports 45% of its food because of disinvestment in small-scale farming. Highly processed foods are cheaper and more widely distributed than ever before.

Mexican lifestyles have changed as a result: social mobility, women entering the workforce, and people taking on different jobs away from extended family networks have led to dietary changes. The labor-intensive traditional milpa-based cuisine used to rely on women, but that has rapidly shifted. The processed food market has displaced traditional foods, and traditional foodways are being lost. 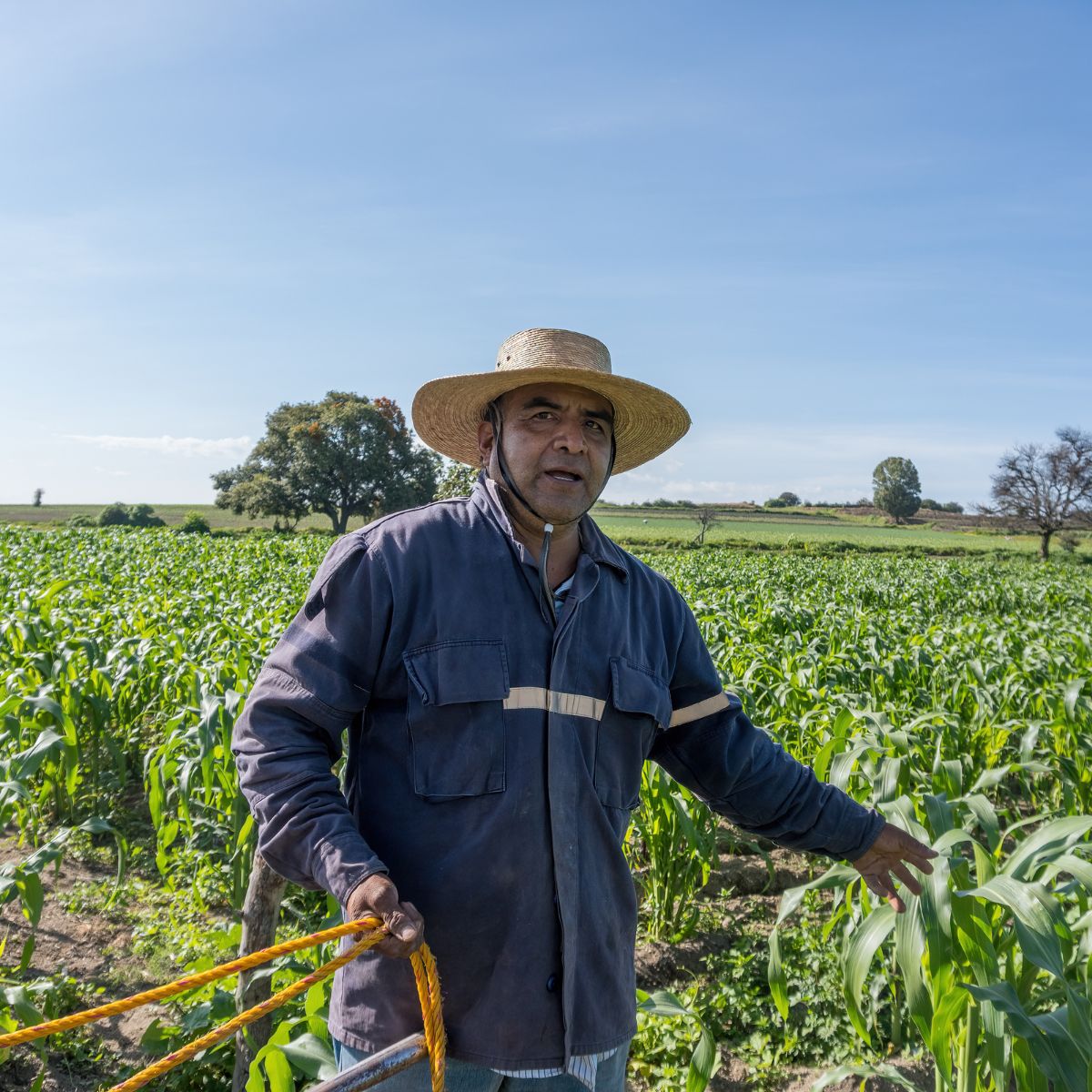 What are the traditional methods of food production, and what is milpa-based cuisine?

A milpa is an intercropped field traditional to Mesoamerican agriculture. The farming system incorporates corn, beans, squash, chili peppers, fruit trees, and dozens of other vegetables (Giannini, 2019). Indigenous Mesoamericans consider the relationship between corn and people as a symbiotic cultural relationship: corn allowed people to exist, and people allowed corn to live.
Ancestral knowledge of how to grow in a milpa-based system involves the three sisters: corn, squash, and beans. These crops mutually sustain one another. For instance, corn stalks support climbing squash, and the prickly leaves of squash protect the crops from raccoons and shade the ground, preventing weeds. Beans return nitrogen to the soil, which will be available to corn and squash in late years.

A milpa-based cuisine integrates this ancestral knowledge and tradition. Corn tortillas have been a significant source of calories throughout Mesoamerican history and even through the colonial period. Only after NAFTA was the tortilla knocked from its pedestal as a staple because they have become more expensive and lower in quality.

What has been the response to these outcomes of NAFTA?

In 2013, the Mexican government became alarmed about obesity and increased public healthcare costs. In response, they took a multifactorial approach that included a policy taxing sugary drinks. The premise of this tax is simple: Mexico is one of the largest consumers of soda, and policymakers hope that by reducing consumption, the prevalence of obesity and diet-related chronic diseases will decrease (Policy Profile: Mexico Sugary Drink Tax, n.d.).

The 2014 policy approved a one peso per liter (.05 USD) tax on all drinks with added sugar. Revenue generated by the tax has been used to build water fountains in schools and public places and to fund obesity prevention programs. But there are concerns about the tax; as Dr. Gálvez pointed out, raising soda prices and focusing on individual behavior change does not provide the larger food systems change that may be necessary to address obesity and diabetes epidemics.

She explained that such policies reinforce the idea that individuals alone are to blame for chronic disease, as if, “all of a sudden, in the last 25 years, the Mexican people have developed a sweet tooth or are all sedentary.” This narrative completey ignores the profound changes in the food system, economy, and labor market. 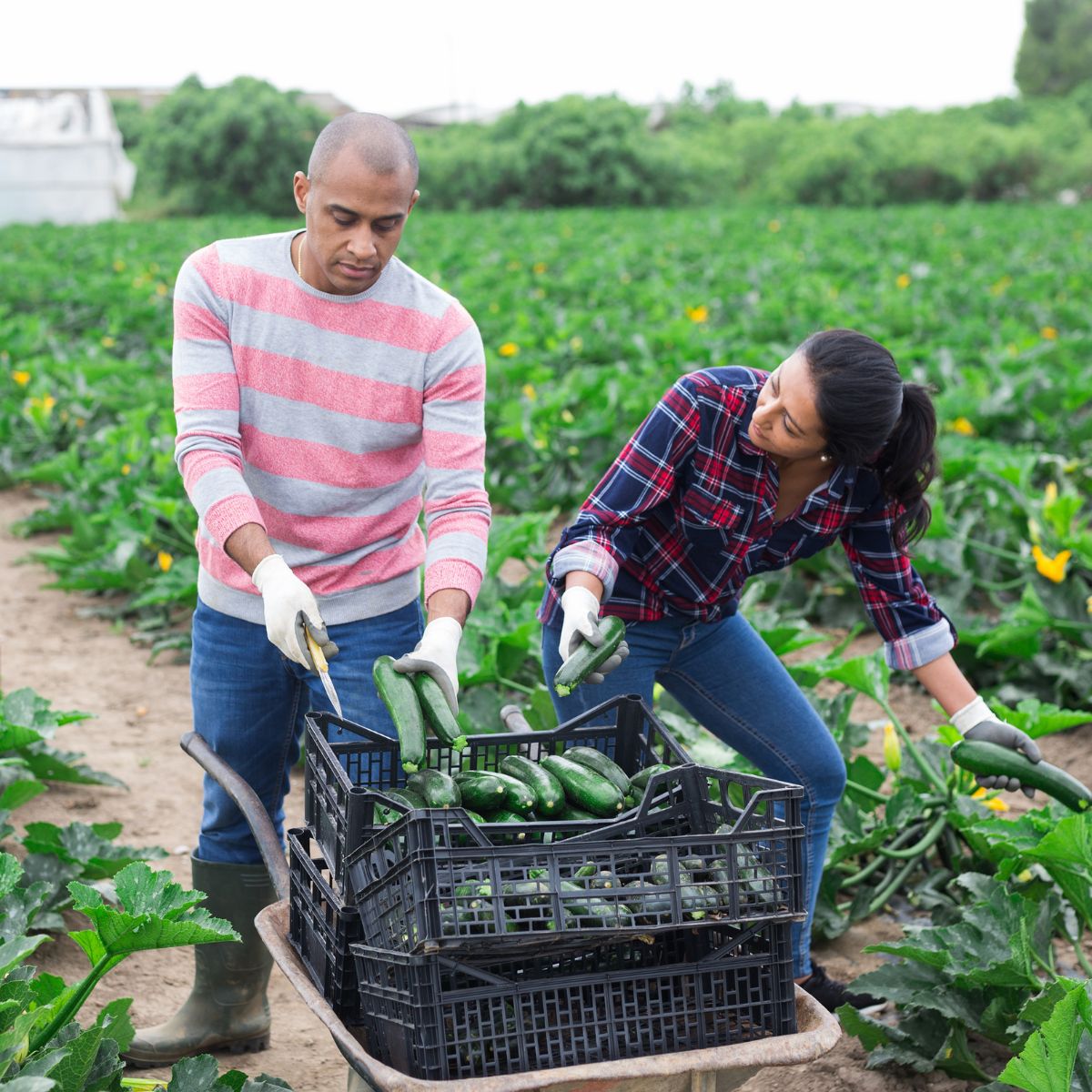 What can we do to regain control of our food system?

Gálvez encourages us to inform ourselves of the structural change needed to transform the food system and make our voices heard. “Vote… [and] pressure elected officials to create structural change.” She emphasized that trade bills must be less myopic and more considerate of what is happening on both sides of the border. Dr. Gálvez recommends contacting officials to tell them what you believe is essential. Consumer choices can also play an important role: “When given the option, buy from local and small producers rather than from large corporations. Tell your elected officials to help create a market for small and local businesses.” She concludes, “NAFTA needs provisions to include small-scale growers and producers of mole and salsa to give buyers and sellers a chance.” And if US citizens are worried about immigration, all the more reason to reddress this historic trade deal. As she points out, “people are less likely to migrate out of their country if they have stable jobs and livelihoods at home.”

You can learn more about Alysha Gálvez’s Eating NAFTA and watch the full video by joining Whole Communities. This free online community allows you to connect with others, get support, and join inspirational workshops every month. We are coming together to build resilient communities of health through WFPB nutrition, and you can join us here.