Register now
Topics » Disease » What Causes Insulin Resistance? Is Fat the Cause of Type 2 Diabetes?

What Causes Insulin Resistance? Is Fat the Cause of Type 2 Diabetes? 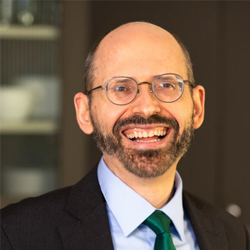 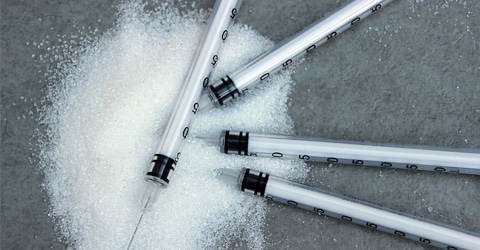 Studies dating back nearly a century noted a striking finding: If you take young, healthy people and split them up into two groups—half on a fat-rich diet and half on a carbohydrate-rich diet—we find that within just two days, glucose intolerance skyrockets in the fat group. The group that had been shoveling fat in ended up with twice the blood sugar. As the amount of fat in the diet goes up, so does one’s blood sugar. Why would eating fat lead to higher blood sugar levels? It would take scientists nearly seven decades to unravel this mystery, but it would end up holding the key to our current understanding of the cause of type 2 diabetes.

The reason athletes carb-load before a race is to build up the fuel supply within their muscles. We break down the starch into glucose in our digestive tract; it circulates as blood glucose (blood sugar) and is taken up by our muscles to be stored and burnt for energy.

Blood sugar, though, is like a vampire. It needs an invitation to come into our cells. That invitation is insulin. Insulin is the key that unlocks the door that lets glucose in the blood enter muscle cells. When insulin attaches to the insulin receptor on the cell, it activates an enzyme, which activates another enzyme, which activates two more enzymes, which finally activates glucose transport (as diagrammed in my video What Causes Insulin Resistance?).

What if there was no insulin? Blood sugar would be stuck in the bloodstream banging on the door to our muscles, unable to get inside. With nowhere to go, sugar levels in the blood would rise and rise. That’s what happens in type 1 diabetes: the cells in the pancreas that make insulin get destroyed, and without insulin, sugar in the blood can’t get out of the blood into the muscles, and so blood sugar rises. But there’s a second way we could end up with high blood sugar.

What if there’s enough insulin, but the insulin doesn’t work? The key is there, but something’s gummed up the lock. This is insulin resistance. Our muscle cells become resistant to the effect of insulin. What’s gumming up the locks on our muscle cells? What’s preventing insulin from letting glucose in? Tiny droplets of fat inside our muscle cells, so-called intramyocellular lipid.

Fat in the bloodstream can build up inside the muscle cells, creating toxic fatty breakdown products and free radicals that block the insulin signaling process. No matter how much insulin we have in our blood, it’s not able to sufficiently open the glucose gates, and blood sugar levels build up in the blood. And this can happen within three hours. One hit of fat can start causing insulin resistance, inhibiting blood sugar uptake after just 160 minutes.

This mechanism by which fat induces insulin resistance wasn’t known until fancy MRI techniques were developed to see what was happening inside people’s muscles as fat was infused into their bloodstream. That’s how we found that elevation of fat levels in the blood causes insulin resistance by inhibition of glucose transport into the muscles.

We can also do the opposite experiment. Lower the level of fat in people’s blood and the insulin resistance comes right down. If we clear the fat out of the blood, we also clear the sugar out. That explains the finding that on the high fat, ketogenic diet, insulin doesn’t work very well. Our bodies become insulin resistant. But as the amount of fat in our diet gets lower and lower, insulin works better and better—a clear demonstration that the sugar tolerance of even healthy individuals can be impaired by administering a low-carb, high-fat diet. We can decrease insulin resistance, however, by decreasing fat intake.

The effect is really dramatic–check out at least the end of my video What Causes Insulin Resistance? to see what happens as dietary fat intake drops.

This is the first of a 3-part series on the cause of type 2 diabetes, so as to better understand dietary interventions to prevent and treat the epidemic. In The Spillover Effect Links Obesity to Diabetes, I talk about how that fat can come either from our diet or excess fat stores, and then in Lipotoxicity: How Saturated Fat Raises Blood Sugar, I show how not all fats are equally to blame.

*This article is reprinted with permission from NutritionFacts.org.