Is it Actually Possible to Go Vegan Overnight? 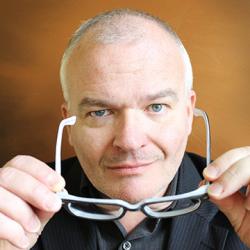 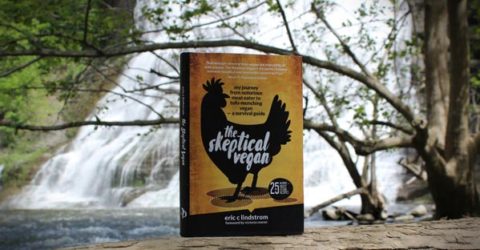 The following is an excerpt from The Skeptical Vegan (July 2017, Skyhorse Publishing) by vegan blogger and former meat-eater Eric C. Lindstrom.

December 2011. Jen (my wife) ordered a copy of Colleen Patrick-Goudreau’s 30-Day Vegan Challenge after hearing our friend Sherry talk about the book at the vegan, gluten-free, macrobiotic Friday dinner we attend. Sherry’s precocious ten-year-old daughter, Meena, cornered us and told us that we “should be vegan.” This best-selling guidebook for getting started in veganism sat on our kitchen table, in plain sight, for a few days before Jen told me her plan.

“I’m going to do this,” she said, handing me the book. “I’m going to go vegan starting on the first of the year.”

I remember looking at the softcover book and was reminded of a friend of mine. Jaime was a four-foot, ten-inch fireball who used to drink with the boys. We would go out to the usual haunts, load up on chicken wings and beer, and let loose. I remember when she told me she was vegan. At that point in my life, I had no idea what it meant to be vegan, and she was the only vegan I had ever met.

“I don’t eat meat, dairy, or eggs,” she yelled over the loud house music while we were dancing at The Haunt.

“Are you serious?” I yelled back. For the sake of the rest of this conversation, just assume we are yelling back and forth to each other while dancing. “What the heck do you eat?”

“And no meat?” I asked, troubled by this.

“It’s not bad. Great for your health. Vegetables are good for you!”

“You’re like a Salad Shooter,” I joked. Laughing hysterically at myself for coming up with that. The idea of not eating meat or cheese was so foreign to me and so against everything I stood for, I couldn’t believe I actually
knew someone who did not eat meat or cheese. What a weirdo. Who would do something like that? You’d have to be crazy to give that up.

I looked back at the 30-Day Vegan Challenge. The cover claimed it was “The ultimate guide to eating cleaner, getting leaner, and living compassionately.”

Why would anyone go vegan?

I couldn’t answer this simple question. I had no idea of any of the health benefits or the positive impact a plant-based diet has on the environment, and I had little to no sympathy or compassion toward animals, with the exception of cats and dogs and a goldfish I named Chomchi.

I took the book, opened it, read some of the chapter heads. Flipped through some of the recipes, and then stopped and thought about the past forty years of my omnivorous life, my own health scares, my weight issues, my age. Thought about Steve. And Pete. And Geoff.

Then I looked at Jen. She had already been vegetarian for years, so taking this step was not a big stretch. She already felt she was lactose-intolerant, so eliminating dairy from her diet would make her feel better overall. She wasn’t fond of eggs, only eating an occasional egg on her bibimbap. She was already accustomed to a restricted diet because of celiac disease.

I was an omnivore with very strong leanings toward carnivore.

I was an animal eater. I loved meat.

But I loved Jen more.

“I’ll do it with you,” I said a couple days later, not at all knowing why in the hell I said it or what I was thinking at the time. Could I somehow take it back? Maybe she hadn’t heard me. In the back of my mind, I thought:

It’s only thirty days. I’m sure after thirty days we’ll both go back to our usual diets and lifestyle, and we’ll regift the book and move on.

“What?” she asked, with a somewhat doubtful but supportive tone.

We had travelled to Arizona to spend the holidays with her parents, and we told them of our plan to go vegan. Of course, we were telling them the plan over a steak dinner I had prepared. I believe the steak was drowned in some sort of béarnaise sauce, and the dish probably included a side of meat.

One of Jen’s college friends had also gone vegan the year before. When we visited her for two weeks in Arizona, she cooked for us, shared recipes, and bragged about how going vegan had made her feel the best she’d ever felt physically in her entire life. Her husband claimed to be 98 percent vegan (whatever that meant). Apparently, he still ate baked goods that contained butter and eggs. Spending time with them in Arizona gave me some confidence that I could stay vegan if I wanted to—though I didn’t know if I wanted to.

Arizona allowed me to “consider” new food choices and “get a feel” for being vegan, while still enjoying my usual meals. Jen would order soon dubu, a Korean soft tofu soup, and I’d order it with beef. She would get a gluten-free pizza loaded with veggies, and I’d get mine loaded with meat. While I was considering the new food choices I was about to make, I wasn’t going to go down without a fight.

Meat was the Thelma to my Louise. The Jack to my Diane.

But all of this was about to change dramatically.

I’ll never forget the night before the first day I went vegan. We were traveling through the Newark Airport. A banner the size of a bus was promoting a chicken wing special at some greasy airport restaurant.

One thing to note about me and my illustrious history with chicken wings: I would find the good in any preparation of a chicken wing meal, even if it was from a gas station.

Especially if it was from a gas station.

“Are you gonna go for it?” she asked.

All sound in the world stopped for one second.

“Nah,” I replied. My body felt like it was possessed by Sally Struthers, or someone else who never has any fun. “I may as well start now,” I continued. “Why put it off? I’m vegan.”

To this day, I occasionally awaken from a sound sleep with a racing heart, sweat dripping off my forehead, chewing on my pillow, thinking about that banner and those uneaten wings.

We made it home safely and went straight to bed. Fell asleep a meat eater and woke up vegan.

Day one quickly passed, and I successfully avoided meat (or cheese or eggs). I got this, I told myself. If I manage not to eat all meat, cheese, and eggs for just thirty days, on day thirty-one I’ll host a BBQ with other carnivores and run around barefooted, beating our chests and wearing fur. Even though it would be February in Upstate New York.

Within the first week of being vegan I had a business lunch with a potential new company I was considering working for. The owner and CEO invited me to meet at a popular Ithaca restaurant, and I thought, “Here I go, set out into the world as vegan.”

Would people stare at me? Would they know I was vegan? Would I get a knowing nod from other vegans as I walked down The Commons? Do I have to start wearing Birkenstocks with my business casual attire?

This was an excerpt from The Skeptical Vegan (July 2017, Skyhorse Publishing) by vegan blogger and former meat-eater Eric C. Lindstrom.