Nature Does Not Negotiate 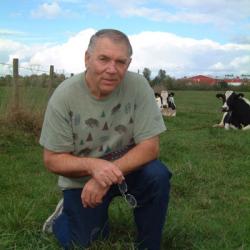 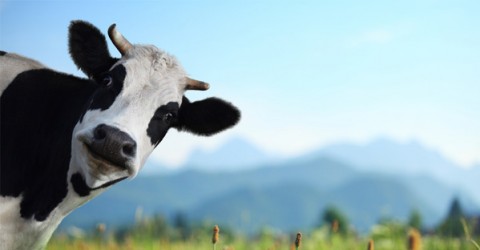 I’m known as the Mad Cowboy. For the last 25 years I have spoken out about animal abuse, health and the human diet. It is now time to focus on the problem that has the potential to end human existence on planet Earth.

This is the first time in the history of our planet that a species is modifying the weather. We have seen natural occurrences such as asteroids or volcanic explosions modify the weather, but never a species until today. Human actions are changing the weather and at a very rapid rate.

We are bombarded with warnings concerning the use of fossil fuels which are adding CO2 into the atmosphere and affecting the temperature. However, we hear almost nothing about methane which is 23 times as destructive as CO2, most of it coming from livestock production. This omission from today’s conversation has to do with the addiction most people have; eating meat.

The introduction of methane and CO2 into our atmosphere has raised the temperature about 2 degrees worldwide. At the rate we are proceeding it will increase 10 degrees during the lifetime of our children. This increase will result in the melting of the polar ice caps and the Greenland ice fields. This melting will expose frozen tundra and allow the melting of the permafrost, which will add additional methane into the atmosphere and will accelerate the rising temperatures. In 2013 the ice melt in the Arctic Ocean was 40,000 square miles per day for every day in the month of July. Today the Arctic Ocean ice is the smallest in recorded history.[1]

The Arctic has seen temperatures rise as much as 5 degrees. The hottest year worldwide since records have been kept was 2014. The importance of the Arctic is that it is the Earth’s natural air conditioner. It reflects 80% of the Sun’s heat back into space.[1]

Greenland is also very important in climate change as it contains 8% of the fresh water in its ice shield of 1,000 x 680 miles. In 2012 the Greenland ice shield lost 5 times more ice than all of the ice in the Alps. The highest temperature ever recorded in Greenland was recorded in 2013 at 80 Fahrenheit.[1]

Earth’s atmosphere today has reached almost 400 parts per billion of CO2. The last time that happened the world’s oceans were 70 feet higher. Is it too late to change anything? Do we just have to learn to live with the consequences?[1]

It is predicted there will be a 40% shortage of fresh water worldwide. At the same time we are returning much of the stored fresh water to the world’s oceans. Humans can live only about five days without water. This will be a crisis of epic proportions.

With the melting of the ice we are adding additional fresh water to the oceans and thereby raising the levels of the oceans by 20 to 30 feet. Rising water levels will cover many of the island nations and coastal areas in America such as Florida, New Jersey, California, and New York City. Nations like Bangladesh will cease to exist and hundreds of millions of people will need to find a dry place to live.

This translocation of as many as one out of three people on our planet will be an economic burden that could break the back of human civilization. When we face these possibilities we can no longer continue to condone human consumption of livestock. If we want a future for our children and grandchildren we must move society toward a plant-based diet.

A human diet based on eating plants will not only protect us from weather modification, it will improve human health and be the greatest step we
can take to end animal abuse. The adoption of a plant-based diet is the easiest step every person can take to ensure a human future on planet Earth. Remember there are no rules for living on our planet, only consequences, and Nature Does Not Negotiate.