America the Beautiful: Swimming in the Slurry 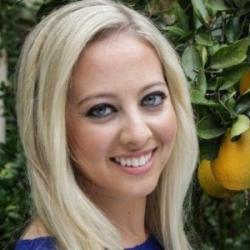 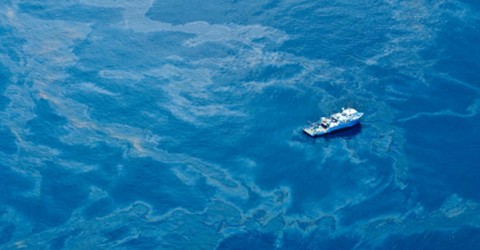 In the United States, we recently had one of the worst droughts in history. Our grass shriveled to dark brown. Our crops died. Food prices spiked. Quite a foreboding preview of the future that we would like to avoid…

America is fast running out of clean fresh water. California is the premier example of a state that is already in a water crisis. Experts estimate that this agricultural and Hollywood homeland only has about 12-18 months left of water use.[1] Currently aquifers are being drawn at extreme rates, 250 times their ability to re-fill. Already the 12 million year old Ogallala Aquifer is predicted to run dry within the next 20 years from overuse and abuse by the livestock industry. We also have climate conditions that are causing a drought. Jay Famiglietti, a NASA scientist in Pasadena who studies water supplies in California stated that “The withdrawals far outstrip the replenishment. We can’t keep doing this.”[2] The problem is no secret but the culprit remains elusive.

The main culprit, from changing our climate to decimating our waterways, is our American- based meat and dairy laden diet. In fact, “farms have now replaced factories as the biggest polluters of America’s waterways.[3] Think about this: if the amount of animal manure from the estimated 20,000 factory farms were packed into boxcars, there would be enough cars filled with manure to go around the whole world fourteen times![4] The animal manure is stored in thirty feet deep, football field-sized holes in the ground and thousands of these cesspools are now lining our beautiful countryside turning our land into a fetid swamp.[5]

In 2010, the BP oil spill in the Gulf of Mexico made the front pages of newspapers for weeks, as images of the disaster took over the nightly news. The CEO of BP was put under tremendous scrutiny for the accident that sent 4.9 million gallons of oil into the Gulf. There was a public outcry, and hundreds of groups helped to clean up the spill. The BP oil spill was larger than the infamous 1989 Exxon Valdez spill, which impacted 1,300 miles of ocean and killed an astounding 250,000 birds.

While oil spills receive nationwide coverage and public outcry, consistent lagoon spills occur all the time with zero nationwide and limited, if any, local coverage. Some of the lagoon spills are comparable to, if not bigger than, the Exxon Valdez spill. For instance, in 1995 a 120,000 square-foot lagoon at Oceanview Farms in North Carolina burst, sending twenty-five million gallons of feces and wastewater into the New River.[6] The spill killed at least ten million fish and polluted 350,000 coastal acres of shellfish habitat. Dead fish began lining the banks of the river within two hours of the spill. The manure sludge was so dense it took two months for the sludge to make the sixteen-mile stretch down the New River to the ocean. 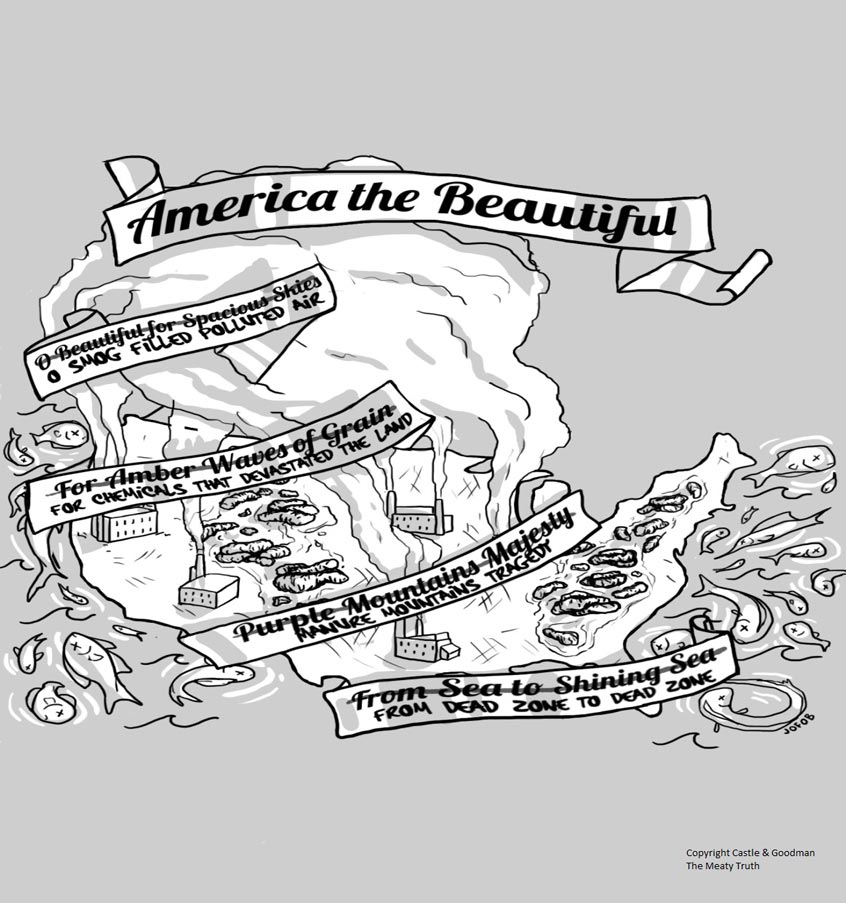 While the Oceanview Farms spill is double the size of the Exxon Valdez oil spill and considered the largest environmental spill, most Americans have never heard of it. Neither, at the time, did citizens who were swimming in the river downstream. The government officials failed to warn them of the hog manure contaminated with E. coli heading their way. The Oceanview Farms spill has gone down in history as one of the greatest environmental disasters, which killed every living creature in its path in the North Carolina waterways.[7]

In comparison to oil spills, which rarely happen at the level of the BP and Exxon Valdez spills, lagoon spills are consistent, frequent, and pose comparable environmental damage with less coverage and support. According to the National Resources Defense Council, “from 1995 to 1998, one thousand spills or pollution incidents occurred at livestock feedlots in ten states and two hundred manure-related fish kills resulted in the death of thirteen million fish.”[8] Not much has changed since that time.

Fast forward to today, and we can see that for some reason we are not taking lessons from the past. For example, did anyone hear about two three-hundred-thousand-gallon manure spills in Wisconsin in 2013? One of these massive spills, while an “accident,” produced a mile-long trail of animal waste.[9] Yet, manure spills are becoming ever more frequent. In fact, there were a total of 76 manure spills in 2013 alone in Wisconsin, totaling more than one million gallons of manure.[10] This is a 65 percent increase in manure spills from 2012. Not so comforting though is the statement from the Iowa Citizens for Community Improvement Action Fund board president Lori Nelson that “Every factory farm in Iowa is a ticking time bomb that could have a spill at any time…”[11]

This level of eco-devastation causing nitrate pollution and dead zones does not even include the amount of water that livestock consumes. Nearly half of all the water used in the United States goes toward raising animals for food. The animals destined for your plate consume about 2.3 billion gallons of water per day, or about 800 billion gallons per year.[12]

Leading international organizations are predicting that the wars of the future will not be over oil, but clean water. Water wars are just the beginning because clean water is a foundational necessity for all living beings to survive. As the population is expected to reach nine billion by 2050, our water supply will become an ever-more precious and scarce resource.[13] With only one percent of fresh water available and a growing population of over 7 billion, our water resources are strained at best without having the manure destroy what we have left.

All hope, though, is not lost. One of the most effective possibilities for curbing climate change, preserving our water sources, and being healthier ourselves, is to eat a whole food, plant-based diet. Factory farming and the livestock sector arguably have the largest human-induced destructive impact on our planet. We have the recipe for a food system that will keep us happy and healthy and our environment pristine and green.

Just remember: what is at the end of your fork is more powerful than anything at the bottom of a pill bottle and more effective at preserving the environment than an energy-saving light bulb or Prius.