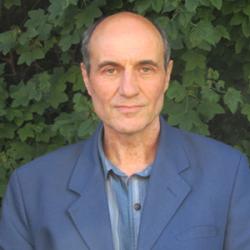 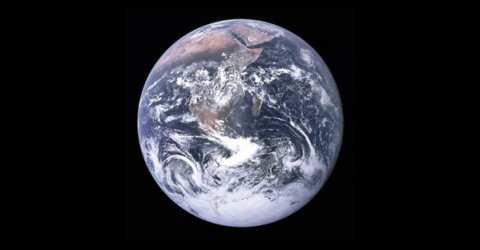 Nothing short of a nuclear world war threatens our cherished way of life more than climate change. It is therefore not surprising that the most vociferous defenders of the comfortable assumptions that support the status quo tend to be those who profit the most from the existing set-up. These assumptions, already under severe strain from dire warnings by leading climate scientists, record-breaking ocean and air temperatures, melting ice, unabated deforestation, loss of species and calamitous weather events, are blown apart by Dr Stephen Emmott in his book TEN BILLION, Richard Oppenlander in Comfortably Unaware, Lester Brown in Full Planet, Empty Plates and J. Morris Hicks in Healthy Eating, Healthy World. Each of these books explains with stunning clarity how we are coming up against the limits of a sustainable food system, with continuing rapid population growth and industrialisation carrying a real danger of irreversible environmental harms leading to runaway global warming and ecosystem collapse.

After many false dawns, once again there is some reason to hope that at last governments recognise the magnitude of the danger. UN Secretary-General Ban Ki-moon invited world leaders to Climate Summit 2014 on 23 September to galvanize action ahead of a full meeting in Paris in 2015. Shortly after, an editorial in the British Medical Journal called on the World Health Organization to declare climate change as a public health emergency.

The diagnosis is correct, and so is the stated need for urgent treatment before the disease becomes terminal. Unfortunately the solutions proffered in the editorial – mostly adaptation, with no analysis of how essential reductions in greenhouse gas emissions might be achieved – are like pretending that palliative chemotherapy can cure a patient with advanced lung cancer. With around 800 gigatons left to burn in our carbon “budget” – itself very possibly an overspend, giving us roughly an even chance of avoiding a 2 degree temperature rise above pre-industrial levels – only radical surgery offers any chance of a cure. Where do we begin the first cut? We must start by naming and confronting the powerful meat and dairy industry. This key driver of global warming is estimated to contribute 20% to 50% of greenhouse gas emissions[1][2] mainly through deforestation and methane production, and directly harms human health via common chronic diseases: cardiovascular disease, common cancers, diabetes and neurodegenerative diseases (which themselves have an enormous carbon footprint). This industry must be very rapidly downsized if there is to be any hope of preserving a livable environment and surely doctors are ideally placed to use their influence to make this happen.

Unfortunately the BMJ has not acted as a force for good in this respect, giving a platform to people such as Gary Taubes, author of Why We Get Fat and Good Calories, Bad Calories who actively promote a harmful diet based on generous amounts of animal foods. Meanwhile the BMJ continues to ignore the work of thought-leaders like T. Colin Campbell, Caldwell Esselstyn, Neal Barnard, and Dean Ornish, who show a new path to a healthy and environmentally sustainable plant-based diet linked with far lower greenhouse gas emissions. The example of India with its traditional vegetarian diet clearly shows the very high price westerners pay for their carnivorous habits in terms of sky-high chronic disease rates. http://nutritionfacts.org/video/back-to-our-roots-curry-and-cancer/

J. Morris Hicks proposes a practical solution to climate change by reforestation of much of the gigantic land area now taken up by cattle (45% of all the land on Earth is used for livestock grazing, according to the International Livestock Research Institute). This would slash methane emissions and rapidly sequester huge amounts of carbon dioxide, with both short- and long-term stabilizing effects on global temperatures. http://hpjmh.com/2014/06/25/reduce-livestock-reforest-the-land-sequester-ghg/

We need to understand our extreme reluctance to adopt a more rational diet. Is it because our traditional foods occupy a sacred place at the core of our identity? According to anthropologist Robert Sapolsky, we are rooted in an ancient desert culture based on the rearing of animals for food and other essential needs[3]. Our mythology is full of allusions to a pastoral way of life: the prodigal son returns, the fatted calf is killed; God sends a top angel to deliver an important message to shepherds; the Son of God is born, then placed in a manger (an animal feeding trough!). These myths feed into our national identity: livestock played a prominent part in the opening ceremony of the London Olympics. Somehow we’ve got to neutralize these burdensome myths which are a block on free thought and action. Then we can give our children and grandchildren a chance of inheriting a planet that can sustain the comforts of a civilization nested in a benign natural environment – the ‘Good Earth’ we saw rising in all its beauty over the surface of a desolate Moon via the cameras of Apollo 8.