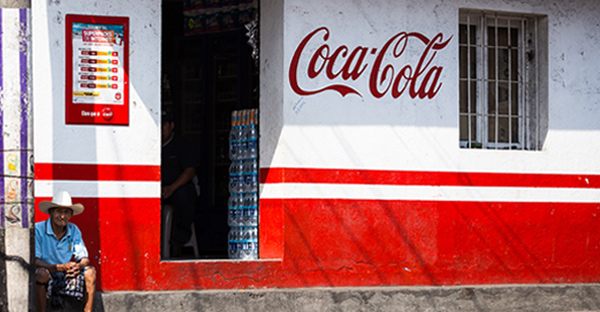 Diabetes: A Clash Between Culture and Modern Diet in Guatemala

Guatemala has one of the highest incidences of malnutrition and childhood stunting in the world. According to the World Food Program, 49.8% of children in Guatemala suffer from chronic undernutrition[1], while in Quetzaltenango, the city I have lived in for five years, between 45% and 55% of children under the age of six suffer from stunting[2]. If you have ever been to Guatemala and its outdoor markets, you would be puzzled by these statistics. Enter a market on market day and you will be greeted by throngs of vegetable sellers and a brilliant array of colors – carrots, broccolis, tomatoes, beets, cauliflowers, green beans, potatoes, leafy vegetables and all kinds of fruits. How is it that a country with such high agricultural output suffers from malnutrition and has 2.7 million diabetics[3] in its population of 15 million?

In 2014, I started Mandarina, a bakery focused on health and education with a local partner in Quetzaltenango, Guatemala’s second biggest city. Through our efforts of providing access to and education about healthy eating, I came to the conclusion that the problem of undernutrition in the country stems from three factors; knowledge, culture and accessibility.

Around Quetzaltenango, it is not uncommon to see mothers feeding their children Coca-Cola in milk bottles, or diabetics drinking canned fruit juices thinking that it is healthy for them. There is both a misconception about what constitutes a healthy diet, and a lack of concern about health until it is too late.

As part of our outreach program, Mandarina has given talks and classes on healthy eating and cooking to schools, NGOs and locals. We often have to correct misconceptions such as the importance of cow’s milk as a source of calcium (“But my nutritionist told me!”), meat as the best source of protein (“I can’t get protein from vegetables”), and how healthy food does not taste good. Many times, we realize that people do desire knowledge about a healthy diet, but are stumped by their traditional eating habits, and the accessibility of food.

Traditional Guatemalan sauces like Pepián, Quichóm and Jocóm are my favorite cultural foods. Made out of roasted seeds like pumpkin and sesame, and tomatoes or cilantro, these guisados are healthy and full of nutrients.

Other traditional foods however, play a big role in obesity and diabetes in the country. Atol, a local drink that is usually made from corn, rice or habas, is full of sugar, and is consumed daily. The beverage served with your meal is usually an atol, or a sugary beverage. Homemade chocolate, one part cocoa and 3 parts sugar, is also a favorite snack time drink. In addition, strange as it might seem, local bread is sweet, and you will be hard pressed to find unsweetened bread in the country.

Not forgetting the omnipresent tortillas that the locals love at 100 calories a piece, that contribute to a large percentage of their carbohydrate intake daily. It is not uncommon for Guatemalans to have 4-6 tortillas with every meal, and for tortillas with salt to be the main dish for many poorer, rural Guatemalans.

With the main bulk of calories coming from sugar and corn, it is not surprising that Guatemala has a high diabetes rate, and an obesity rate that is on the rise.

There are two facets to the accessibility issue. One is the lack of accessibility to healthy produce, and the other is a high accessibility to chucherias; junk food. Though Guatemala, especially Quetzaltenango and its surrounding towns, is primarily agricultural, most of its outputs are marked for exportation to El Salvador and Honduras in huge trailer trucks, or for sale in markets as a primary source of income. Farmers just cannot afford to eat their profits. In addition, the huge demand for corn has also created a monoculture where farmers dedicate all their fields to corn and beans, reducing their accessibility to fruits and vegetables.

This facet, however, is less of a problem than the ease of getting unhealthy food. In any corner shop, in the most rural of villages, you can get your hands on Tortrix, Lays potato chips, Coca-Cola (or Super Cola, a local imitation), and 10 other varieties of potato chips and sugary drinks for less than the price of water. An investigation of low-income primary schools in 2013 showed the negative impact of the food environment on undernutrition and obesity in students in Guatemala[4]. I once did substitute teaching at a school, and was appalled by the choices offered at the school’s tienda (shop). For lunch, I could either choose from small bags of chips, candy, or a banana covered with chocolate. School children running around with three bags of chips was a common sight.

Mandarina’s social arm is trying its best to deal with these three issues. Through daily interactions with clients, healthy cooking classes at NGOs such as Primeros Pasos and Asociación Pop Wuh (both free clinics), we aim to disseminate information about healthy diets and spice up traditional recipes. We invent recipes to change the misconception that healthy food and desserts do not taste good, and in a bid to improve accessibility, we recently started selling healthy muffins (sugar free and packed full of ingredients such as coconut flour, flax and incaparina) to low-income schools, delivering to rural areas on a motorbike.

It is our hope that through our efforts we can make a small dent in this complicated issue of nutrition, and contribute to better eating in Guatemala!