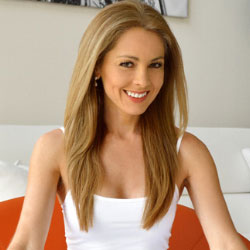 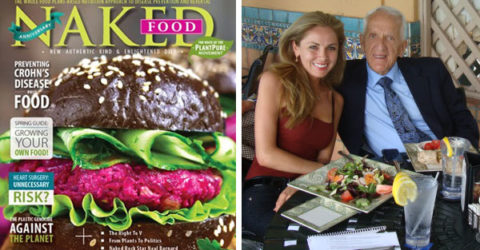 Margarita is the founder and editor-in-chief of the award-winning plant-based nutrition magazine, Naked Food. She is a recipe developer, Naked Food Chef, and author of various cookbooks. She is a visionary, altruist, and activist for humanity and planet Earth. She envisioned WFPB.ORG in 2013, as part of her plan of action to change the status quo. Her goal is to join together human and environmental health into a self-sustainable approach to living. Margarita is a proud graduate of the CNS and eCornell Plant-Based Nutrition Certificate program and holds a degree in Design and Marketing.

In January of 2012, I lost my boyfriend to stage IV terminal brain cancer that took his life in a matter of months. He was diagnosed in May of 2011 and he was given 10-30 days to live. His prognosis was dependent on the outcome of the brain surgery for tumor extraction, which had to be done immediately. We were given absolutely no hope for improvement or reversal of the cancer, and we were told that none of the current therapies would help due to the type of cancer, its position on the brain, and the advanced stage.

We started a journey to discover every single piece of information that could shed any light into this dark hole. Anything that could give us any hope. I became glued to my phone reading medical studies and anything else that could help. It took me less than 48 hours to realize that the food I had been eating all my life was deadly. Looking at research papers and online information, we read about the foods that have been linked to cancer like meats, sausages, eggs, etc., and so we decided to exclude anything that had any kind of negative scientific literature in relationship to health. We were both coming from the misunderstanding that as long as meats were organic, they were good foods; we’d thought as long as milk was fat-free, we were avoiding harm. Our research showed us the opposite was true in both cases. We also found that fruits and vegetables were linked to reversal of diseases. With this new knowledge, we made what was, for us a “no-brainer” change to our diets immediately. However, the day he came out of brain surgery, while under intensive care, he was served a lunch that included macaroni and cheese, meatloaf, a side of steamed vegetables with butter, a commercial fruit cup in syrup, and a commercial box of apple juice. If this was at a prestigious hospital in West Hollywood, how much worse is it everywhere else?

I asked for brown rice, beans, and veggies without butter or oil. I had spent the last 48 hours without sleeping and continued for days as a visitor in the ICU attempting to sleep in a hospital chair. None of it mattered though—the sleep, the chair, the inconveniences, my job, my old life. I didn’t have time for them anymore. My life had been flipped upside-down, and I had no other focus but to research, read, and learn how to send that awful cancer away. Since we were not given any other solutions, we opted for a change of diet as our only solution. Quite honestly, I was not only afraid, but I doubted that food alone could do anything. However, given that we had no other choice we went for it with everything we could.

Three months later, he was still alive. Not only still alive but “healthy.” There were no signs of illness. He was still laughing, smiling, and being himself. Then a miracle happened. The results of a new MRI showed that his brain tumor had a 25% decrease in growth. His doctor kept asking what kind of alternative therapy we were following, to which we honestly replied, “none.” We actually didn’t know that food was considered therapy. Throughout all of this time, doctors had been insistent on having radiation therapy, to which he would reply, “But Doc, if it won’t heal me, why should I do it?” And the doctor’s answer was, “Well, we have to get rid of the necrosis (dead tissues) in your brain so it’s better we do it.” He ended up accepting radiation therapy, which came with more loads of drugs, including steroids for inflammation, Coumadin (a blood thinner), and so many more that, like a row of dominoes, they started a chain reaction that began to affect other parts of his body and his brain until his body couldn’t take it anymore.

We were both songwriters and musicians, and life was our inspiration. He truly believed we all are immortal spiritual beings living on this planet for a reason. We used to spend hours talking about these themes and were thrilled when a song would come from this. We both knew that no matter what, we had to make everything count. So, I understood then, as strongly as I understand it now, that I had to do something, not only to honor his life, but to hopefully make his death a catalyst to make the best of my life.

My Advice for Beginners

The best advice I can give is that living a plant-based lifestyle is the most sustainable way to live. It really works; it’s worth every single effort, and it will change anyone’s life and the life of the planet we all share. I think it can’t get any better than that. Oh, and whenever you need inspiration or help, you can visit the websites I founded Naked Food Magazine and WFPB.ORG!

How I Achieved My Health Goals

I believe it is quite important to have support while making a change, but it is not the most important factor. To this day, most of my family has not yet adopted a plant-based lifestyle—except for my parents! I have tried my best, have cooked wonderful plant-based versions of our collective favorite recipes, but the rest of my family still opts for eating dead animals in various ways. I don’t know if they even read Naked Food Magazine, though I make sure they receive a complimentary issue every quarter. The old saying “You can lead a horse to water, but you can’t make him drink,” is as wise as it gets. I have learned that I am going through my own journey, and so are they. We are all responsible for our own lives whatever that may lead to. I’m doing my job helping them see there is a better way, but sometimes people need to learn at their own pace. The absence of compassion and respect for animals by humankind is however, in my opinion, the hardest pill to swallow. There is no excuse for that. That’s why I feel the Plant-Based Nutrition Certificate program gave me the tools I needed to start my own fight and to know the basics. I knew then I had joined the right side of history and I had the science to back me up.

How the Plant-Based Nutrition Certificate Impacted My Life

It was pretty difficult for me at the time to read scientific literature, and I realized there was a great need to have that information readily available in an easy to read format and in terms a layperson could understand. I decided to dedicate my life to helping others avoid what I had just gone through. It was then and there that Naked Food Magazine was born. Naked Food was inspired by a brave soul and the burning fire inside him, which, to my honor, I have inherited. His desire to live a meaningful life was not only the inspiration to create a purposeful life for myself, but a way to celebrate his. Naked Food was born of a combination of love, hope, pain, anger, and freedom—a powerful combination if you ask me. I only needed my mind, my heart, and a laptop. As of today, Naked Food has received 9 national awards and countless healing testimonials from people around the world. It is distributed all over North America, and digitally all over the world, and it has made it to its 6th year of life. It is also the only whole food plant-based nutrition publication of its kind. Naked Food is truly an ode to life, and it celebrates sustainable health on every single page. It’s also 100% vegan, organic, and GMO-, oil-, sugar-, and salt-free.

While creating Naked Food, I also crafted what I thought was missing in my world. I wanted a global helping hand that could be extended to any person or institution wanting to learn more about healing humans and healing the planet through the same magic wand: a holistic, plant-based lifestyle. The result is WFPB.ORG (which stands for whole food, plant-based), a not-for-profit organization that has acquired Naked Food, and has created a powerful set of other initiatives that, like Naked Food, will help change the world. WFPB.ORG is the umbrella organization that we were missing. It focuses on education, and merges everything plant-based into one by creating a completely new world of science-based assets and benefits for the plant-based movement such as a WFPB community, school and medical curriculums, health guidelines for human and environmental health, land sanctuaries for humans and animals to live in harmony, WFPB product and service certification, and more. This organization has been in development for four years. I have devoted countless hours of careful planning, and I see a big and bright future for it. As I like to say, “Look out world; here we come!”

Plant-Based Diet for Diabetics: What About the Carbs?

How a Nurse Practitioner Saved Her Health With a Whole...

Book Excerpt: From Plant to Planet: Nudge your way...

Protein Isolates: Do They Have a Place in a Whole Food,...