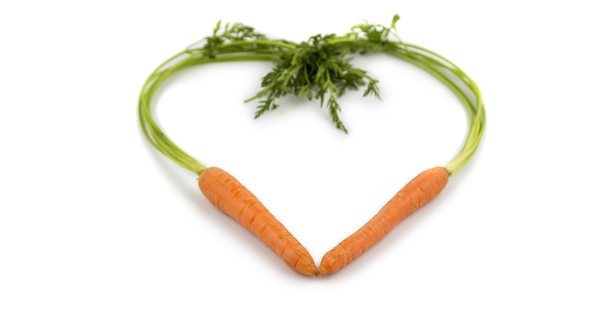 The Heart Attack That Launched a Whole New Life!

Yes, my husband, Howard’s heart attack started us on a whole food, plant-based journey, and I’m grateful for the opportunity to make adjustments to our lifestyle before it was too late.

It was April 2005, a slushy, snowy, cold spring in Colorado. To make a long story short, he had severely blocked arteries and doctors wanted to put in four stents to keep his arteries open. He had the surgery a few days later, which went well. He received excellent care, and we all felt a bit calmer. Then, he had terrible adverse reactions to the statin medication, Lipitor. The doctors said he would have to remain on statin medication for the rest of his life; but the medication made his body hurt all over! He was in agony. Even after reducing the dose by half, he was miserable and in severe pain. They called it rhabdomyolysis, a horrible side effect where your entire body hurts and you are in agonizing muscle pain. He learned if he continued taking the medication he could have develop kidney damage. He was anxious, depressed, and scared. We recalled that Howard’s father had had a heart attack; three weeks later had a second heart attack and died. I tried to push my terror away.

What was he going to do? Late one night, he was online and found both The China Study by T. Colin Campbell, Ph.D. and Thomas M. Campbell, M.D. and Prevent and Reverse Heart Disease by Caldwell Esselstyn, M.D. We decided Howard would eat his medicine and only eat foods that would not clog his arteries.

Now to understand what a big deal this was, you have to understand that Howard was a super traditional eater. Every dinner had to be meat based. Lunch had to be meat and cheese based. He ate full fat ice cream daily, chips, soda, cookies, and candy; basically anything and everything, all day, every day. He was always athletic and slim. Eating only plants was a major shift! He told his doctor he would not take the medication and would only eat food that did not clog his arteries; that his food was going to be his medicine.

The first doctor was furious and refused to treat him. Howard found another cardiologist who was thrilled to have a patient dedicated and committed to a healthy, plant-based lifestyle. Soon, Howard’s every three month blood tests became every 6 months, and then annually because his numbers were so good. It worked!! That is why we are here today. His doctors today are amazed with his results!

Now, Howard is going strong. At age 86, he is super healthy, never gets sick, and works out in the gym 3x a week plus walks the dogs at least once a day. He has incredible energy. I too feel fantastic! I lost weight without any effort, have more stamina, sleep well, and keep my arthritis under control with a whole food, plant-based diet.

During the summer of 2012, I took the courses offered by the T. Colin Campbell Center for Nutrition Studies. Despite eating a plant-based diet for seven years, and thinking I knew a thing or two, my eyes were opened. The evidence was overwhelming regarding the health effects of a plant-based diet. The evidence was also alarming regarding our environmental crisis. Frankly, I had not thought about that much and knew I needed to learn more. Earning the Certificate in Plant-Based Nutrition made me want to do something to help more people learn about the wonderful effects of whole food, plant based nutrition and so we recently launched a website in January 2016.

Yes, you can feel better, add life to your years, and years to your life. We can also save animals lives and contribute to lowering the negative effects of climate change simply by changing what we eat. Why not take the risk of feeling fabulous? Why not eat whole food, plant based deliciousness every day? After almost eleven years, I cannot imagine doing anything different and look forward to many more years of fantastic health!
Happy Eating!