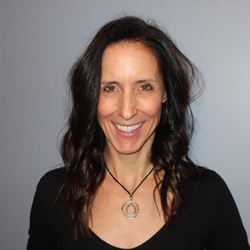 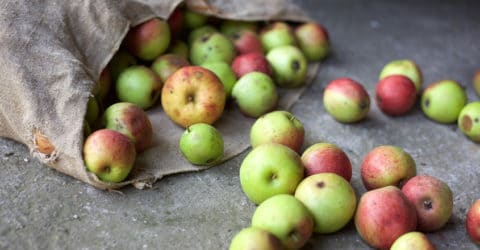 If your mom was like mine, you’ve been a card-carrying member of the Clean Plate Club since you were a kid. Granted, cleaning that plate isn’t the best thing for the health of people eating the standard American diet (being on a whole-food, plant-based diet is another story). But no matter the diet, Mom was right to introduce you to the club for one simple reason: food waste.

Estimates from the USDA indicate that 30 to 40 percent of food is wasted in this country. One recent study showed that the average American trashes about a pound of food every day. The shocker from that study? Folks who eat higher-quality diets waste greater amounts of food, thanks in part to fruits and vegetables.

The United States set a goal to reduce food loss and waste by 50 percent by 2030.

While food waste places an obvious dent in the wallet–a family of four pitches at least $1,500 in food waste annually–there’s a bigger issue, namely climate change. In this country, food is the biggest contributor to landfills, and as it decomposes, that food produces methane, a greenhouse gas 86 times more potent than carbon dioxide, according to the National Resources Defense Council (NRDC). There’s also concern about the costs associated with food waste, including the cost in water, cropland, and energy used to produce the food. All of these are reasons the United States set a goal to reduce food loss and waste by 50 percent by 2030.

Yet you don’t have to wait for the government to act. You can become a food waste warrior by taking charge of your family’s waste. I’m proud to admit that although it’s just my husband and me (and cat and dog) in my house, food rarely gets wasted. That’s not to say we don’t waste some, especially the parts of produce that are usually deemed inedible, but our trash output is low. Here are some of the strategies I’ve found useful in cutting food waste:

Wasting less food starts by tracking what’s in your kitchen, including the food in your fridge. Although I do this manually every few days, you can also use apps like OLIO and Chefling that track what you have in your fridge and alert you to foods that need to be used soon. Some even suggest recipes based on what’s in your fridge. You can even designate a bin or box in your refrigerator to store the foods that are closest to their expiration date so that they don’t get buried behind other foods.

2. Don’t Regard Dates as the Law

Read the fine print on food labels, and you’ll see sell-by and use-by dates. Yet, they often hold no more value than some of the marketing claims on these labels; most foods are good for some time after those dates. Besides, the dates are often just manufacturer’s estimates about when a food will slip in quality versus being unsafe. While I do look at them, I rarely worry if I’m eating or drinking a food past its date. Use the sniff and taste test. If it smells and tastes okay, then it probably is! Sadly, because they’re so confusing, an NRDC study revealed that these dates cause up to 90 percent of Americans to waste food. Pitch what you must, but don’t assume any particular item should be consigned to the trash can just because it is past its date.

This isn’t only a food waste saver but a time saver, too. With a menu in place, you know exactly what you have to purchase and cook each week. As a result, you’ll probably shop with a list, which will reduce your risk of impulse shopping, thus lessening the chance you’ll buy food you won’t use. I usually do my meal planning for the upcoming week on Saturday mornings so I can hit the grocery store and outdoor farmers market that day.

Many foods that are about to turn bad can be frozen and used later in soups, smoothies, breads, and sauces. For instance, when bananas become overripe, I’ll cut them and freeze them in a plastic bag, using them later for smoothies and banana bread. I do the same thing with other produce like berries, celery, onions, and bell peppers. You can also use this strategy if your cooking plans change and you need to freeze perfectly good food.

Even though I cook three meals a week, I get five nights of dinners as a result. That’s because two of the meals serve double duty, first as the original meal and then as leftovers. Hate leftovers? Try reflavoring the food or add something else to the dish to make it seem new. This leftover law, by the way, applies to restaurants, too. I recommend bringing take-home containers (stash them in a purse or bag if you want them to be inconspicuous) and packing up any leftovers from restaurant. Think of all the prep time you will save!

Whenever I shop, I always check the ugly produce bin. To help cut their waste, stores often place damaged or almost-expired produce in special bins (if your store isn’t doing this, speak with the manager about starting) and then substantially discount these foods. I’ve picked up bananas, apples, oranges, and grapefruit for dirt cheap. As an added bonus, they’re often organic. In buying these foods, you’re sending the store a message that you support ugly produce, yet another way to alleviate food waste. I’ve also found discounted produce on the regular shelves when the food is getting close to its alleged “expiration date” but isn’t ready to be ugly yet, so keep your eyes peeled.

Creativity is key when it comes to defeating food waste, and that often involves finding new purposes for leftovers or traditionally inedible parts of food. Got excess mashed potatoes? Turn them into potato cakes. Bread going stale? Make croutons with it. Or if you’re not into composting, look for novel ways to use scraps. For instance, did you know you can pickle watermelon rinds or use banana peels to make “bacon?”

Even with all of these strategies, you can’t eradicate all food waste. But with a conscious eye on your fridge and eating habits, you can lower that waste to as close to zero as possible.

Eco-Generativity: The Possibilities Between People &...

If You Like Meatless Monday, You’re Going to Love...