Topics » Nutrition Science » RDA’s: Time to Peel Back the Labels

RDA’s: Time to Peel Back the Labels 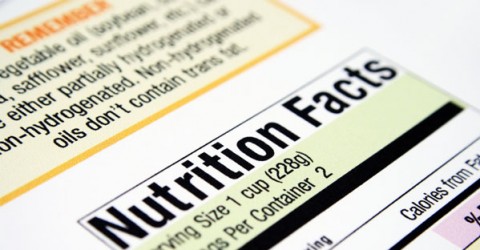 Every once in a while, when strolling through the grocery store with my wife, Karen, I get up the nerve to look at those nutrient profiles on the side of the package. Even though I was recently on a National Academy of Sciences committee on food labeling, responsible for redesigning this information, I still wonder what all this really means. The Recommended Daily Allowances (RDAs) are the nutrient levels considered by governments and industry throughout the world to be desirable for good health. But how desirable are they really? Let’s see what’s beneath the label.

To begin with, the RDA is just what it says it is. It’s a recommended allowance; it’s not a minimum requirement. The underlying assumption is that if you consume exactly the RDA level for a specific nutrient, there is a very high (97-98%) probability that you will exceed your actual minimum requirement. In other words, to play it safe, the RDA represents a substantially higher intake than what you need.

Why then do so many people believe that they must consume an intake at least equal to or even higher than the RDA? This is because the food and vitamin supplement companies carefully coach us to believe in RDAs. For them, this idea makes money, and lots of it. It’s an easier “sell” to say that the nutrient content per serving of a company’s particular product comes closer to the RDA than that of their competitors.

The idea of RDAs started reasonably enough when a few folks began asking about the nutrient value of military rations during World War II. The decision was handed over to the Food and Nutrition Board of the National Academy of Sciences. Ever since, this authoritative body has stood at the helm of so-called “good health” by issuing their revised listings every five years. But let’s look at what these reports are actually saying. First, there is an RDA given for each nutrient, broken down according to age and sex. Each RDA represents the minimum intake for a “single” nutrient, along with an upward adjustment thrown in for good measure. While this presumably provides us with a “safety check,” no range is given with high and low numbers. This single bottom number, already higher than the minimum requirement, suggests to many, “the more, the better.”

Folks, it just ain’t so. Witness the recent beta carotene revelations. You may recall that this study was halted when scientists reported the death rate from lung cancer was 28% higher among the participants who had taken the massive doses of beta carotene and vitamin A than those who had taken a placebo, and the death rate from heart disease was l7% higher. At least in countries like the U.S., where gorging is often the norm and vitamin supplements are treated as medicine, we ought to be thinking more about nutrient excesses than deficiencies. Note especially vitamin labels boasting such claims as “high potency” or “super-stress” formula. This problem is compounded when we forget about good wholesome diets (of plant-based foods) where nature works wonders in her own way.

Another serious problem goes something like this. In the absence of adequate scientific information, scientists establish RDAs which tend to be biased in favor of conventional levels of intake. But what are these “conventional” intakes? It’s this: they are those intakes which characterize diets that are high in fat, low in fiber, and high in animal proteinthe very kind of diet which causes us so many problems. Thus, a tendency exists to keep RDAs for plant-based nutrients low, while keeping animal-based nutrients high.

Even when we know it’s questionable, we find a very strong tendency to maintain the status quo. Vitamin C, for example (only available in plants), is given an RDA of 60 mg/day even though considerable information suggests that levels around 200-300 mg/day are more beneficial. And beta carotene, obtained almost entirely from plants, doesn’t even have an RDA. Generally, beta carotene is viewed as only a part of the “real” vitamin A, called retinol, which is found only

in animal-based foods. Dietary fiber, another plant-based nutrient, is relegated to the same non-category as beta carotene, and is similarly deprived of an RDA status. When it comes time to hand out RDAs, plant-based nutrients are either not assigned one or are given an RDA biased toward the low side. To register the higher, more appropriate intakes would suggest eating considerably more fruits and vegetablesa tough thing to do for meat and potatoes folks.

By contrast, RDAs for animal-based nutrients are characteristically biased upwards. To take but one example, the RDA for calcium (at 800-1200 mg/day) is considerably in excess of the much lower intakes that are adequate for those on a plant-based diet. Probably a more accurate figure, based on our China Project surveys, would be closer to 400-­600 mg/day. Especially in the case of calcium, the amount of the nutrient needed is influenced by the type of diet consumed. That is, a high-dairy diet brings along baggage in the form of extra protein. And this extra protein causes calcium to be lost; thus more is needed. Why not try cutting down on dairy products so you require less calcium? In this country, about 60-­70% (on average) of total calcium intake is provided by dairy products.

RDAs have for a long time provided the so-called bedrock for dietary recommendations, such as the Basic Four Food Group guide, despite their shaky foundations. Used for so many years as a “good” general nutrition message by the United States Department of Agriculture (USDA), the Basic Four Food Group guide was devised to ensure adequate intakes of certain nutrients, especially those which supported high intakes of animal-based foods. As a result, scientists were inclined to “discover” that vegetarian diets were deficient in some nutrientscalcium, “good quality” protein, “good quality” iron, riboflavinwhen they were actually being judged against the biased RDA standards.

Even though I believe that RDAs have mostly been an albatross around the neck of sound nutrition education, they may possess some value in defining nutritional profiles of large populations. That is, nutrient reference standards, such as the RDAs, can give a rough idea of a nation’s comparative nutritional health. But even so, I still wonder what useful purpose is served when nutrient intakes of a population are judged by reference standards prejudiced in favor of a low-fiber, high animal protein and fat diet.

Of all the dietary recommendations, RDAs are the oldest. In my view, they have been problematic from the start. Fortunately, the USDA’s Basic Four Food Group guide, with its emphasis on RDA standards, is now virtually dead. Still more fortunate is that we are now getting the U.S. Dietary Guidelines and the USDA Diet Pyramid, which pay less heed to the RDAs and which give somewhat more emphasis to plant-based foods, although this emphasis is still preciously limited. And then there are the newer Mediterranean and Asian Diet Pyramids, produced by a prominent well-heeled consumer based agency, which give considerably more emphasis to plant-based foods. I’ll comment on these newer nutrition guidelineswhere they succeed and where they failin an upcoming issue.

Progress is painfully slow in this arena where Big Science, Big Politics, and Big Business tell us what to eat. I rather still like that old advice of our mothers and grandmothers: eat your vegetables!

Promoting A Plant-Based Diet Through...

Why Should We Focus on Children’s Nutrition?