Science Dies. Eat What You Want! 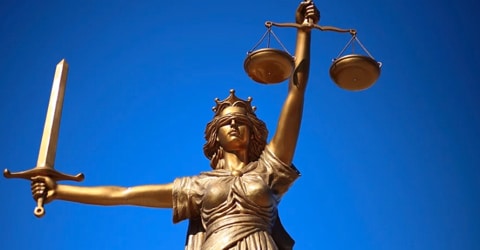 But first, for background, I need to share my views of what science is. Tens of thousands of scholarly articles and books have addressed this question for millennia, but the topic remains critically important and often ignored.

I’ve been mindful of this question for more than six decades, since 1956, when I started my career in experimental research, thanks to some very generous elders and role models of high integrity who came my way. For the most part, I’ve loved my decades-long journey in science.

With respect to the science of diet and health, especially its nutrition component, I define science as the art of observation. In principle, we see something of interest then, to learn more, become curious and ask questions both big and small. We undertake research, often by starting with a formal statement (i.e., hypothesis), then set up an experiment to test whether our hypothesis is true. We get results, either for or against our hypothesis. We may repeat the experiment to see if we get the same answer. This almost always leads to yet another question, and another question. This process has been described as a series of why, why and why. Almost always, there is more to learn until, at some point, we decide that our information is sufficient for our needs and move on. It’s a journey of discovery, of learning. It’s very exciting stuff!

Unfortunately this definition in my experience excludes the vast majority of the “scientific” research findings on diet and health now published and discussed. Too much of what we call “science” today would be more accurately labeled technology. The distinction is simple: whereas science observes and seeks truth freely, technology research starts with an objective to make something or to prove a preconceived and subjective point of view. Science pursues unknown knowledge; technology pursues answers to questions already determined to be important. Of course, there is a place for technology, but we should not mistake it for science.

Science beckons for truth. Science struggles to be free of personal bias. It allows any result, whether or not it agrees with the hypothesis being tested. Science, as I see it, is a personal value, a journey that encourages attentiveness at every moment of our existence, whether or not we are professional scientists. It’s a sense of being. It provides endless opportunities to discover our personal shortcomings and to improve upon them. It’s a journey which encourages acceptance of being wrong, not by argument but by open, honest debate. Practically speaking, within the community of science researchers, it is the stuff called “peer-review.”

The success or failure of technology is relatively easy to test and improve upon: a product either succeeds or fails to meet its purpose. Science is different. It is a perpetual journey that sharpens the edges of reason and reveals unsupported thinking. It creates deeper meaning both for our self and for the “other,” following the commandment to do unto others that which we wish for ourselves. The synonym I like for science is “integrity” which encourages, in its fullest form, a sense of morality. It can be deeply personal because it enhances a sense of self dignity and self-confidence.

There is no ultimate endpoint of true science, no place where we reach its full potential. We can only strive for that potential. The scientific results we share with others are observations along that journey, not to be confused with destinations. The reliability of these observations, often assessed through statistical analysis, is not meant to end discussion but to encourage further study.

This is the science I depend on when I try to understand the following two reports.

The first report to which I refer concerns the government’s recent move to limit exploration of the scientific evidence used to create dietary guidelines.[1] I have known the dietary guidelines program up close since its beginning in 1980 when two friends of mine (Dr. Alan Forbes, director of the nutrition program at FDA and Harvard professor Mark Hegsted, senior advisor to the 1977 McGovern committee) wrote the first dietary guidelines report in an office next to mine at our professional headquarters just outside of Washington, DC.

Beneath its government costume, this program has been used for decades to justify the spending of taxpayer money on food subsidies and highly questionable, even dangerous, public health policy.

Unfortunately, I soon lost trust in that government program. Though both of my friends initially sought to create honest, valuable guidelines for citizens, the program quickly became nothing more than an industry pawn. Beneath its government costume, this program has been used for decades to justify the spending of taxpayer money on food subsidies and highly questionable, even dangerous, public health policy. Its recommendations directly contribute to the health (or disease) of millions every day, including those in the National School Lunch Program, the Special Supplemental Nutrition Program for Women, Infants and Children, and many other public programs. There is little or no evidence that it decreases the prevalence of illness or the exorbitantly high medical costs we now experience.[2][3] It does not serve the public. Now, abundant evidence also shows that it contributes in a major way to environmental destruction.

These dietary guidelines are refreshed every five years with a new committee of scientists, the majority of whom are aligned in various ways with industry. The committee spends 2–3 years deliberating the newest scientific information to write a draft report, following which it invites public comment before its release. The final report must then be approved by the Secretary of Agriculture and the Secretary of Health and Human Services. Both Secretaries are politically appointed and industry beholden. Indeed, the Secretary of Agriculture’s stated goal has always served American agribusiness, and the Secretary of Health and Human Services primarily looks to the pharmaceutical industry for answers. Both are laden with flagrant conflicts of interest, oftentimes not seen. Let me be candid: one subsidizes the production of food that associates with higher disease prevalence of unsuspecting souls, and the other favors treatment of these diseases. It’s a great business model.

But now, it gets even worse. This process is being further eroded by limiting the type of questions to be investigated by the science advisory committee. The committee’s assignment is now limited to 80 questions, none of which concerns critically important issues like the consumption of red and processed meat, ultra-processed foods or the appropriate levels of sodium intake, each of which have been of widespread interest in past reports. Also, scientists now cannot consider the impact of food production on the environment. Instead, politically anointed “visionaries” will decide which “science” is best for consumers to consider. An already besmirched system is now fully defunct. Science be damned!

The second news report concerns the scientific community’s input in Environmental Protection Agency (EPA) activities and regulations related to human health.[4] From my reading of these news releases, the government proposes that raw data collected for analysis must now be included with science publications which interpret and summarize the raw data. This has been proposed under the pretense of transparency, but it actually transfers final data analysis and interpretation away from professional scientists to politically controlled administrators. Moreover, it allows policy makers to disregard preparatory research which sometimes represents confidential personal data, including research concerning clean water and air regulations. On its face, this requirement to publish raw, uninterpreted data sounds like a valid way to discourage subjective analysis, but it will actually allow politicians to pick and choose whichever subjective analysis best suits their agenda. It disregards a long-lasting system already in place that helps to detect and discourage subjective analysis: peer review.

Both of these news accounts suggest a concerted effort by politicians to curtail science involvement on topics of profound importance to the public. This trend will have a far-reaching impact on the future of agriculture, health, and the environment. A natural and worthwhile tension between science and policy has existed for many years. It serves a purpose of considering public relevancy that only one party may see. Having spent more than six decades in the research community including about two overlapping decades participating in public policy, I’ve experienced this tension first hand in more ways than I care to say.

But now, I sense something different. Political encroachment upon the scientific enterprise is becoming more alarming and dangerous. It now involves issues of great personal and public sensitivities, such as personal health, medical care costs, and varied environmental problems that arises from and the dominance of corporate interests over all else. More to the point, however, I am convinced that all of these issues arise from our choice of food. That choice a stranglehold that can only be understood with a far better understanding of food and its nutritional properties.

Returning to my understanding of science, I see a crisis emerging. It was this concern that prompted me to ask whether history might tell us how we got here, a core theme in my new book. This history focuses on the experiences of professionals in nutrition and cancer going back hundreds of years, but it also includes experiences of my own. I look forward to open debate on these issues—for that is the essence of science and the opposite of what many of today’s headlines reflect.

Results From 8-Week Whole Food, Plant-Based Study Are a...