Topics » Environment » The Honey Bee: The Most Important ‘Pest’ in the World

The Honey Bee: The Most Important ‘Pest’ in the World 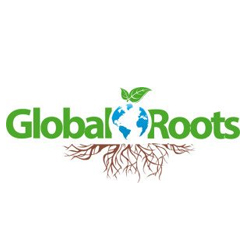 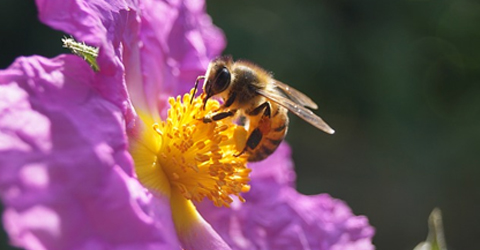 The disappearance of pollinators has massive consequences for our global food system. It is nothing short of a crisis. It demands serious attention and further research; but make no mistake about it—the existing data is already clear and compelling.

Beekeepers in the United States have been losing approximately 30% of their colonies every year since 2006,[1] a trend known as Colony Collapse Disorder (CCD). Beekeepers simply cannot offset such losses; as a result, more than a quarter of the total honeybee population in the United States has vanished since 1990.[2] Other countries have experienced losses as well, to varying degrees.

Nearly all wild plant life and approximately one-third of all global crop production depends on pollinators.

But what are they good for? Nearly all wild plant life and approximately one-third of all global crop production depends on pollinators. In economic terms, pollinators[2] natural functions provide for $179-577 billion annually.[3][4] Although there are many different species of pollinators, the face of this crisis—and, indeed, the face of all pollinators—is undoubtedly the honeybee.

Although the plight of honeybees has received some attention in the past decade or so, the issue is far older than that. It’s especially entwined with changing agricultural practices. In that sense, it’s also entwined with the period of agricultural transformation that swept the United States during the mid-twentieth century. In the years following World War II, farming practices in the United States began shifting into what we recognize as the present system.

Delicious and easy recipes to inspire

In particular, farmers began planting fewer cover crops, which serve the important roles of improving soil health, slowing erosion, increasing biodiversity, and naturally controlling diseases.[5] Additionally, there was an overwhelming trend toward fewer (but much larger) farms that produce only one or two crops on an industrial-scale. Known as monoculture, this practice has many adverse effects, including: soil depletion, erosion, and an obvious lack of biodiversity (yes, the same things which cover crops prevent… if they only could). Lastly, farmers became more and more dependent on synthetic fertilizers. All of these changes, and their entrenchment in agricultural practice over the decades, are associated with decreasing pollinator populations worldwide.

Other factors contributing to the disappearance of honeybees are disease, decreasing numbers of native wildflower species found in nature, and increasing use of pesticides. Neonicotinoid pesticides, in particular, have received a lot of press in recent years. Just earlier this year, the European Union expanded a controversial ban against the use of neonicotinoid pesticides.[6]

The European Union expanded a controversial ban against the use of neonicotinoid pesticides.

The danger with these pesticides, and pesticides in general, is not always that they kill pollinators on the spot. Seeds coated with neonicotinoid pesticides, for example, develop as a normal plant would, except it contains those chemicals in the very tissues of the plant. But often the chemical concentrations aren’t high enough to kill pollinators immediately. More likely, the pollinators will be intoxicated by the chemicals. Honeybees are therefore crippled and unable to find their way back to the hive.

The situation for pollinators is particularly dire in the United States, when compared to Europe, Canada, New Zealand, and some other parts of the world. But even if pollinator decline was limited to the United States (it most certainly isn’t), the repercussions around the world would still be massive. The modern food system is nothing if not global. So, what’s to be done?

For starters, return to the causes of pollinator decline. It is a space brimming with opportunity for change, where causes of death and growth are inextricable: more flowering plants in their native areas, crop diversification, cover crops, less synthetic fertilizers, integrating natural pesticides, etcetera.

And, on an even greater scale, ask yourself why we developed the farming practices we did in the first place. Massive corn and soy crop yields are just one example. Who are they serving? Who are they feeding, and what are they feeding? How are they, themselves, sustaining? Until we appreciate the vast web of interconnections that make up our food system—connections between the addicting foods on our plates and farmers’ livelihoods in the field and corporate interests manifest in drive-throughs with a dozen side effects—we will continue to disservice nature’s delicate balance. As long as pollinators continue to die needlessly, our food system will be defunct.

Eco-Generativity: The Possibilities Between People &...

Protecting the Planet with Your Fork