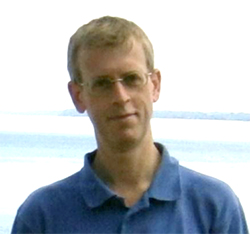 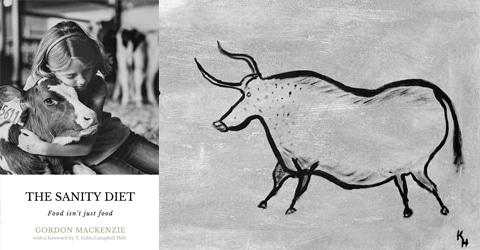 At this time of global crisis, it’s natural to think that we need to act, to do something – to protest against the corrupt system, to invest in green technologies, products and lifestyles, to divest from dirty polluters, to reduce, reuse and recycle, and so on. But given the severity of our predicament (human civilisation could collapse in the near future), we would surely also be wise to place our actions in as much perspective as possible. Indeed, if we do this, we’ll find that seeking context in this way is not only wise, but necessary, because our ancient past contains essential lessons for us in these troubled times, if we are only willing to try to understand them.

The following is an excerpt from my book The Sanity Diet (2020, yet to be published, available to pre-order from www.sanitydiet.net, all royalties will be donated to the Center for Nutrition Studies), in which I explore this idea of looking for a different perspective on the modern world. Leading authors have described it as “an enthralling and invaluable guide to a deeper understanding of our dilemmas,” “magnificently researched… paradigm-shifting”, “extremely well-written” and “a tour-de-force of Systems Thinking”. In the video below, Dr T. Colin Campbell offers his own reflections on the book.

The Mystery of the Caves

During a cold afternoon on 18 December 1994, three cavers exploring a cliff face in the Ardèche Gorge in southern France noticed tell-tale currents of air emanating from beneath the rock surface. Clearing away the rubble, they soon discovered a narrow passageway that opened onto a black and silent expanse of space. Their shouts, intended to provide an indication of volume by means of echoes, disappeared into the lightless depths, suggesting uniquely large dimensions for the region. And so it proved: Chauvet cave extends for 500 metres (1,700 feet) on a single level and towers upwards to between 15 and 30 metres (50 and 100 feet) in height. As they ventured forward in this cathedral-like interior, the wavering light of their headlamps illuminated a magical realm of sparkling calcite flows looking like drapery, and translucent concretions in intense shades of pure white, yellow, orange, copper and red:

[…] everything was beautiful in this gallery: the astonishing flows of red calcite, a waterfall of terraced hollows filled with clear water, eccentric and fistulous stalactites as pure as crystal, a stalagmite in the shape of a white candle […] We revelled in this magnificent spectacle.[1]

The first of the trio leading the way recognized a small mammoth depicted in red ochre on a rock overhang. “They have been here!” she called back to her companions.

Further exploration of the walls revealed over 400 astonishingly vivid images of wild animals, mostly grouped into flowing ensembles spread over six chambers, together with multiple handprints and stylised human vulvas. The animal murals are brought to life by means of techniques such as the artists’ use of the natural contours in the rock surface, shading and scraping to add volume and contrast, and the addition of duplicate legs and other body parts to create the impression of running and movement, inviting some to describe them as a form of proto-cinema. They depict a wide variety of creatures, some not local to the region, yet all rendered with an attention to detail that speak of how closely entwined the lives of humans and animals were at the time: female lions stalking aurochs (the largest and most dangerous creatures in the forest, standing up to almost two metres tall at the shoulder, and equipped with sharp, long and curved horns that could reach 80 cm (31 inches) in length; they are the wild ancestors of domestic cows), surging bison, galloping horses, mammoths, bears, woolly rhinoceroses appearing to joust or court with one another, ibex (wild goats), reindeer, stags, red deer, Megaceros deer (a kind of giant deer), musk oxen, panthers, hyenas, butterflies (or perhaps birds of prey), and a single owl looking down from a rock spur (the only known representation of the bird in Palaeolithic art).

The walls of the Chauvet cave were first painted by prehistoric Cro-Magnon artists around 36,000 years ago[2], during the Upper Palaeolithic period of the last major Ice Age, making it one of the oldest known examples of a tradition of cave art that produced about 300 other sites in Eurasia and continued until the end of the Ice Age around 11,000 years ago. Its original founders abandoned it when a rock slide closed off its entrance, after which a second group added dozens more artworks some 5,000 years later, before another rock fall sealed off the entrance again. The cave remained undisturbed for 27,000 years before its rediscovery in 1994, and its exceptionally well-preserved contents evoked an uncanny sense of presence across the ages among the three explorers:

Alone in that vastness, lit by the feeble beam of our lamps, we were seized by a strange feeling. Everything was so beautiful, so fresh, almost too much so. Time was abolished, as if the tens of thousands of years that separated us from the producers of these paintings no longer existed. It seemed as if they had just created these masterpieces. Suddenly we felt like intruders. Deeply impressed, we were weighed down by the feeling that we were not alone; the artists’ souls and spirits surrounded us. We thought we could feel their presence; we were disturbing them.[3]

The German film director Werner Herzog, who was granted rare access to the site in 2010 for his documentary Cave of Forgotten Dreams, echoed these feelings when he spoke in an interview about how the artworks seemed both tantalizingly close and familiar and yet utterly strange and distant: “The most stunning thing about Chauvet is that it’s as if the painters had done it yesterday. It’s so fresh. And it’s not ‘primitive’ scribbled little sketches, like children who do it. It’s completely, absolutely accomplished art – never got better in any phase of human culture. And where does it come from? How does it burst on the scene? It’s totally mysterious and yet also understandably us. It’s a modern human soul.” [And yet, for] all their vitality and seeming familiarity, Herzog wonders during his documentary if the meaning of the paintings will always elude the modern way of thinking: “Will we ever be able to understand the vision of these artists across such an abyss of time?”

Excerpted with permission from The Sanity Diet (2020) by Gordon Mackenzie.

Please support the publication of this important book by pre-ordering the eBook or hardcover copies at sanitydiet.net. 1,000 orders are needed to get picked up by an interested publisher.

*All royalties will be donated to the Center for Nutrition Studies non-profit organization.

Praise for The Sanity Diet

Calling for a fundamental transformation of Western culture, Gordon Mackenzie provides a penetrating critique of the current reductionist paradigm and its increasingly harmful “Story of Progress” that is destroying ecosystems and increasing human suffering. He urges us to transition to more wholistic, systems-oriented approaches, and emphasizes the importance of vegan living, both as an essential and concrete next step if we are to survive the current web of crises we are facing, and as a way to restore the natural balance of our minds, and thus reclaim our rightful place in nature.

This is a lucid, informative, and unsettling book that helps us question current mainstream narratives, and reconnect with heritages of human wisdom that have been repressed.

Written in a highly accessible and readable style, The Sanity Diet is an enthralling and invaluable guide to a deeper understanding of our dilemmas, revealing how we can bring more sanity to our shared life on this fragile Earth.

– Dr. Will Tuttle, author of the best-selling book, The World Peace Diet. Dr. Tuttle is a recipient of the Courage of Conscience Award and the Empty Cages Prize, the co-founder of Circle of Compassion, and an acclaimed pianist and composer.

Thinking about how we think, and questioning our perspectives, are hallmarks of the truly scientific and rational human being. Mackenzie guides us deeply into this topic with regards to assumptions we have made about the everyday: including what we eat and assumed hierarchies of dominion. Magnificently researched, rich in historical context, thought provoking, and paradigm shifting. Get ready for insights into new ways of looking at your assumptions about the commonplace. This is a “diet book” with a difference – one that you urgently need to know about.

– Lani Muelrath, author of The Mindful Vegan and The Plant-Based Journey.

Urgent Alarms From Our Planet – OUTCRY Foreword by...