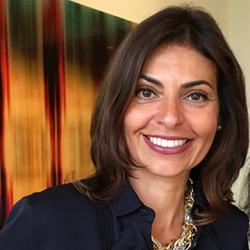 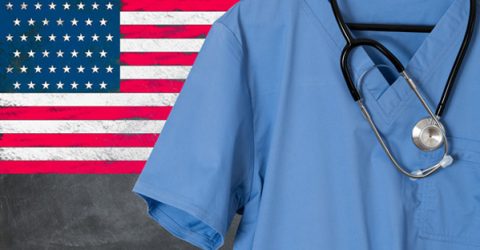 If you had told me 5 years ago I would be producing a film I would have said, “You’ve lost your mind.” What could possibly be more far-fetched than a doctor turned film producer?
Little did I know back then that my whole adult life had been preparing me for that very role.

This story begins on October 11, 1995, when I was working an overnight shift at the hospital. Deeply fatigued, I took a nap around 3 am. I awakened shortly thereafter to find that my legs had gone completely numb and heavy. I underwent an emergency MRI of my brain, which confirmed a diagnosis of multiple sclerosis. My world had been turned upside down, literally overnight.

The years that followed this life-altering diagnosis were riddled with pain, suffering and plenty of fear. At my worst, I had grown dependent on a dozen drugs, a cane, and had developed an overwhelming, sinking sense of hopelessness.

And then, in 2003, a glimmer of light came by way of an unassuming article in a medical journal. The piece discussed diet and its possible role in multiple sclerosis. This concept was shocking and foreign to me. It seemed irrational and likely a hoax or misprint; after all, if there was any truth to this outlandish claim, I would have learned about it in medical school, right? Despite my natural inclination to chalk this up to absurdity, it was sheer desperation that drove me to look further into this idea. Could there be something to diet, and might it play a role in chronic disease? I turned to the scientific literature searching for answers, and was shocked to uncover an avalanche of information substantiating the profound connections between our dietary choices and disease formation. Simply stated, I became obsessed with the role food might have on disease processes and I studied all I could to further my understanding. At some point, I came to believe that this might be my personal salvation and decided I would adopt a whole food, plant-based diet, leaving behind the conventional therapies that had not served me over the previous 8 years.

My neurologist and peers (other physicians) were deeply concerned, and warned that over time, I would regret the seemingly illogical decision. Although well intended, they didn’t live in my shoes. I was drowning in fatigue, pain, depression, and uncertainty, all while living compliant with what modern medicine—with its pharmaceutical driven focus—had proposed was the best therapeutic plan to manage my illness. I was terrified to charge against conventional wisdom, and was often “gently” reminded of what might happen, with descriptions of crippling disability and advanced dependency.

It was difficult to do something that none of my physicians supported, but the decision was ultimately mine to make. I gradually introduced more plant-based foods, crowding out animal sources and processed foods. I carefully reintroduced physical activity, and addressed streams of stress that I knew were fueling my illness. Over the months and years that followed I noted small improvements, like less dependence on the cane or feeling invigorated enough to stay awake past the evening news. This crazy idea to change my diet and lifestyle was paying off in dividends. I started to gain confidence in my decision, and grew further empowered that this would be the path to reclaiming my overall well-being. I even had the the audacity to envision a future without a wheel chair. Years passed, and I continued to mount gains. I planted another irrational seed: I would someday run a marathon. It seemed borderline heresy when first introduced as a viable possibility: MS patients don’t run marathons.

In May 2010, just 7 years after reading the “aha moment” article introducing the idea of a plant-based diet, I crossed the finish line at the New Jersey marathon.

Sure, this epiphany had changed my life, but I knew that the very same medicinal aspects of diet and lifestyle could similarly serve my patients. But how was I going to begin to convey this message to my own patients who were suffering with a myriad of chronic diseases? And how would I do this without raising concerns from an administration and colleagues who would find it odd that the Chief of Infectious Diseases was promoting a plant-based diet to patients.

I started by volunteering my lunch time to teach patients about diet and lifestyle. I began walking with patients to promote physical activity and during these walks we discussed strategies to adopt behavioral changes. As my efforts bore fruit in the improvements of my patients, I grew more and more excited about spreading the word of this all important approach to healthcare.

In 2012, I decided to leave behind the world of infectious diseases and start a Lifestyle Medicine practice in hopes of empowering and educating others to take control of their personal health on a full time schedule. I began to consider possible vehicles to disperse the message beyond my practice. I lectured in schools and churches. I wrote articles, gave interviews, and posted opinions to promote this powerful message.

But this wasn’t enough. There was a lingering hurdle that haunted me. I knew that in order for this to become a sweeping movement I would need to engage and convince my professional community, that is, other doctors. Physicians, even those close to me, were skeptical. Of course they were, as was I when I came across that article so many years ago. It was by no fault of their own that they were not taught this in medical school. There is no emphasis or value placed on nutrition during our experience. We are taught a disease and then we are taught the medications to treat it. That’s the way it is. Maybe it’s time to change this. When we know better, we must do better. Today, we have the knowledge found in peer-reviewed medical literature that overwhelmingly informs us that we can prevent nearly 80% of chronic diseases by modifying our behaviors. We cannot stand idly and do nothing to disperse this life-saving knowledge.

Regrettably, 86% of physicians report they received inadequate education on nutrition while in medical school. This must end now.

It is these life lessons, both personal and professional, that served as the seed for the film, code blue, another powerful medium by which to educate a community. The documentary code blue seeks to shed light on the regrettable, shameful and absurd fact that physicians are ill-prepared by their medical schools to understand the all important aspect of optimal nutrition and how this affects human health. With this film we intend to awaken school administrators and academics who are charged with creating curricula in medical schools, and help catalyze change in what is currently an outdated and antiquated standard.

My fervent hope is that our film will inspire our community, which includes patients, doctors and all health care professionals, to demand better from our academic institutions. We must change the educational experiences received by those who will ultimately lead and define healthcare in society. Imagine if all doctors ubiquitously spoke to the power of plant-based nutrition and the adoption of optimal behaviors. We could conceivably turn the tide of the chronic illness epidemic, and along with that, protect the environment and dramatically reduce encroaching health care costs.

Thomas Edison has been quoted as having once said that “the doctor of the future will no longer treat the human frame with drugs, but rather will cure and prevent disease with nutrition.” The future is now. A new breed of physician will arise with a progressive enlightened perspective, a fresh set of eyes reflecting the fact that the secret to our health lies indisputably in our hands and not in a physician’s prescription pad.