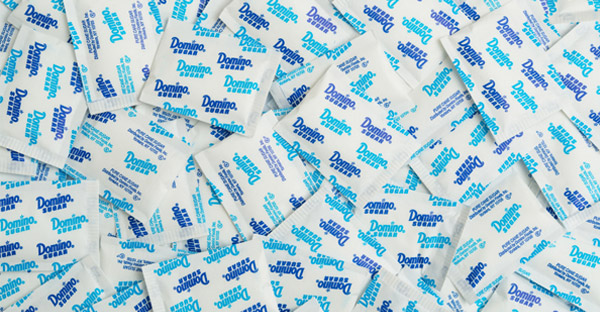 I read with interest the comments on my essay, Fed Up With Fed Up. I particularly welcome the challenges, especially those who thought that I understated the case against sugar. (I probably should add this commentary to that discussion but it may get lost so I am highlighting it here for more emphasis.)

Here are my statements from the article that I think are most relevant:

“However you may choose which side of this debate you prefer, I am inclined to favor the argument that sugar is problematic[1] even though the effect is less scientifically qualified than we all tend to believe.” … I am referring to published evidence wherein “… the evidence showing sugar to be a major factor in obesity is relatively weak.” I still support these statements.

I don’t disagree that there are adverse effects of refined carbohydrates (i.e., sugar). I only question the emphasis given to these presumed effects as if they are the major dietary health problem of the day. I agree with Dr. Neal Barnard who suggested that this proposition is the current “whipping boy”, as if other more comprehensive dietary concerns are much less important.

I also wrote the article because the so-called experts in the film (journalists are experts?) are those who have previously made it clear that they strongly disagree with the whole food plant based diet. I am convinced that a major intent of “Fed Up”—especially given its vigorous PR—was to counter the unusually successful movie documentary “Forks Over Knives” and its main message.

In addition to the surprising weakness of the evidence against refined carbohydrates, I have since learned that in Dr. Esselstyn’s studies showing dramatic reversal of heart disease, no attempt was made to limit sugar consumption. If we assume an average consumption, heart disease was dramatically reversed in spite of the consumption of quite a lot of sugar. As I previously said, I know of no evidence that removing added sugar and other refined carbohydrates from a typical American diet is able to restore health like that demonstrated for the whole food plant-based diet.

The public concern for the adverse effects of sugar illustrates many diet and health discussions where popular opinion and scientific evidence are being leveled to the same playing field. One respondent, for example, offered that I might have written what I did because my ‘opinion’ was not included in the film; another was somewhat surprised that I could offer such a comment in view of my advocacy of a healthy diet (incidentally, I personally don’t mind these opinions—I quite agree that they are honestly held and undoubtedly shared by others).

However, these comments raise an important but worrisome question. Which counts more, science or public beliefs? So, here’s my two cents worth.

I have long liked the discipline of science and its intended search for truth but I also know that too often this is an illusion because of the influence of research funding or because of the political environment that controls interpretation of evidence. I simply liked being in formal science for what it is supposed to be, however imperfectly it might be practiced. This is why I spent my entire career in science, being in an environment—so I thought—where I could speak freely and explore questions by actually doing the experimental research, provided I could get the necessary funding from the public till.

I think that we can all agree that public opinion is substantially swayed by media who have their own shortcomings , including limited knowledge, their wish to please consumer expectations and personal addictions and/or who wish to please their sponsors who may be more interested in corporate wealth than consumer health.

The bottom line is this: we all have to work hard to try and understand wherefrom we get our opinions while also continually being on the alert for better information when it comes along.

In this discussion of the pros and cons of added sugar and other refined carbohydrates, I find it difficult to come to a totally rational opinion, especially when the film directors cherry picked this story from a much larger story that is being ignored. Based on my prior familiarity with the views of most of the film’s ‘actors’, I believe that ignoring the much more comprehensive part of the story was intentional.

For myself and for our family, we try to minimize or avoid all added sugar and refined flours but I/we do so in part because these products dilute my consumption of far better sources of good nutrition. I also do so because of a couple experiences of mine that go beyond the biology. The first was a book (“Sweetness and Power ”, 1986) by Sidney Mintz that persuasively argued that the sugar industry owes much of its existence to their early exploitation of human slavery. The second was a strong-armed and unethical attempt by the industry to force two dietary advisory committees (one national, one international) to set an unsupportable high upper limit of sugar intake (25% of diet calories) for so-called good health. I saw the industry’s letter sent to my colleague who chaired a WHO advisory committee—a really disgusting display of corporate arrogance.

The film briefly commented on this letter but incorrectly quoted the industry’s position as suggesting their suggested limit to be a minimum amount when it was a maximum amount.