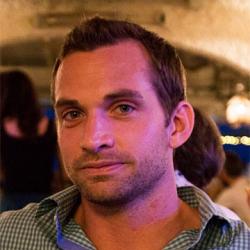 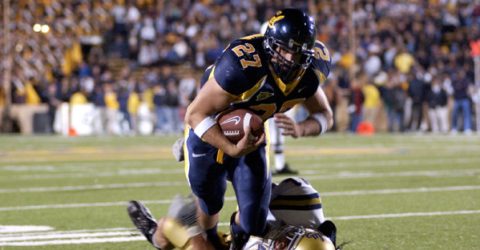 Why are we here? What is our purpose? These are the questions that mankind has struggled with since the dawn of time. I’m not an enlightened philosopher, but the common consensus is that, put simply, life is the pursuit of happiness. The key word being pursuit, which means the action of following or chasing something; to continue along a path. In other words, “life is about the journey, not the destination.” So the question really becomes, what can we do each waking moment to give us the happiness that we so desire? Live life to the fullest.

This means different things to different people. For me, it means waking up with energy, investing in my health, striving for constant growth and improvement, embracing change, doing things I enjoy, and spending time with the people I love. These are the things that give me purpose, provide a sense of fulfilment, and make me feel alive. In my personal journey I have found that there is one underlying factor that significantly impacts everything else; my health. It’s ironic that the one thing that is so fundamental to our livelihood is something that most of us know so little about.

There are so many conflicting messages about how to live and eat healthy. Each new year brings about another fad diet, fitness trend, or newly discovered supplement that claims to be the secret to looking and feeling great. The truth is, there is no magic bullet and fads will continue to come and go with dubious consequences. The only way to achieve lasting results is to live by a set of principles that guide behavior to instill healthy habits, which ultimately shapes who we are. It’s impossible to follow every piece of health advice out there and doing so may actually be unhealthy.

My experience living in Italy opened my eyes to the stark contrast between our cultures and to some of the reasons why despite America being one of the wealthiest countries in the world, we are one of the sickest. My personal observations led to questions such as: how could a country like Italy, that identifies with pizza, pasta, gelato and chain smoking actually be healthier, as a population, than the U.S.? I noticed that: people generally walked more, the food was simple and of higher quality, portion sizes were smaller, they ate a plant-based diet, there wasn’t a fast-food joint on every corner, they had tight-knit social groups, a sense of community, and people took the time to enjoy life, be present, and slow down. It’s no wonder that by comparison the U.S. has a population of something like two thirds overweight, one third of which are considered obese. In Italy, less than half the population is overweight and under ten percent are obese.

Shortly after returning from Italy in 2006, I took a job working for a nutraceutical company in the obesity medicine and weight loss surgery space. The obesity epidemic in the U.S. was at an all-time high with no signs of slowing down. Additionally, diabetes, hypertension, sleep apnea, and other chronic illnesses were also skyrocketing. Despite the advances in western medicine, our health was deteriorating at an alarming rate. So what was it that was making us so sick? The answer: our food.

If one agrees with the prophetic statement “you are what you eat” then, as one of the leading countries of meat consumption per capita in the world, we have literally become a society of pigs and cows. In addition to declining health, the industrial raising of livestock for food and the clearing of forests to support this growing demand is the second leading contributor to greenhouse gases, resulting in more harmful emissions than the entire transportation sector combined. How we choose to address this issue will determine the future of our planet and life as we know it. Changing our diet is the number one thing that each of us can do to restore our health and save the planet.

As a lifelong athlete, I had always considered myself to be in good health. However, it wasn’t until after my professional career as a football player ended that I truly began to understand the impact of diet on health and performance. Having bulked up to a massive 240 lbs to be competitive required me to consume an extraordinary amount of calories each day. The focus was much less on the quality of food than the quantity. Despite achieving my goal weight, eating this way was exhausting. I had constant heartburn, felt tired and sluggish after meals, and had pain and inflammation throughout my body. The common prescription for dealing with these symptoms was pharmaceutical drugs and pain medication, which did little to nothing to address the root cause. I began to question whether I was actually “healthy.” Unhappy with the way I looked and felt at this size, I decided to make some changes.

I began to study various dietary and training theories to get educated on the subject. It was a gradual process, I tried everything from the Zone, to paleo, to slow-carb, low-carb, low-fat, pescatarian, vegetarian, flexitarian, the cabbage soup diet, the South Beach diet, the spartan diet, the warrior diet, you name it, all with the purpose of gaining a better understanding of how each diet affected the way I looked and felt. What I found is that despite varying viewpoints, there was one fundamental theme that most experts seemed to agree upon. The consensus? Eating a plant-based diet is the most important thing you can do for your health.