Join now
Topics » Psychology & Social Issues » Healthcare in Crisis: RN Asks What’s Food Got to Do With It? 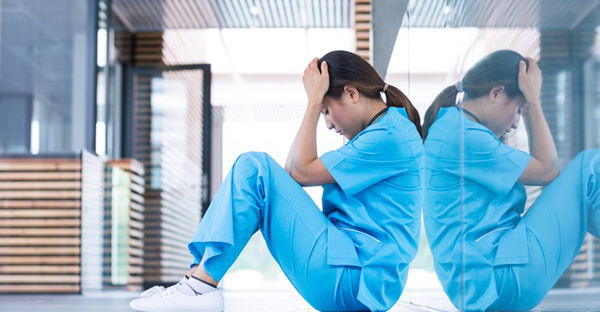 Healthcare in Crisis: RN Asks What’s Food Got to Do With It?

In the modern American healthcare system, many nurses see themselves as the “unsung heroes.” Physicians command attention and authority, ordering treatments and cures. Nurses play a critical role in advocating for those under their care. Nurses guard their patients against medical error as they navigate through complex, multifaceted plans of treatment. They stay abreast of changes that may signal a need for medical intervention. But most importantly, nurses bring immense comfort in a time of great need.

Nursing professionals may sometimes be a bit critical of their physician partners for losing sight of the big picture. While the practice of medicine has become increasingly more specialized – focusing on specific body parts and systems, (e.g. the heart, the kidneys, or the lungs) – nursing prides itself on remaining a holistic discipline that cares for the whole person. Nurses are trained to treat the emotional, mental, and spiritual aspects of their patients in addition to their physical bodies. And it is precisely because nurses identify their practice as a holistic one, that they tend to pat themselves on the back and think: “We have it all covered.”

Nurses are busy tending to their patient’s treatments and procedures, providing for their safety, as well as remaining vigilant about potential problems. All this, while they themselves are not particularly healthy…and it’s getting worse. The state of health in America is at an all time low. Since disease prevention and health is part of the nursing mission, nurses need to take an honest look in the mirror to face some tough realities.

The diseases that are wreaking havoc with the majority of American adults in the 21st century are largely due to lifestyle choices. While infectious diseases may have claimed the majority of lives during earlier times, we are now plagued by diseases of a more chronic nature–diseases of affluence. A few of the most prevalent and serious among these are: 1) heart disease 2) breast, prostate, and colon cancer 3) obesity and 4) Type II Diabetes.[1] The lifestyle factor that contributes more than any other, as far as these diseases are concerned, is the Standard American Diet. Specifically, Americans eat: 1) too much animal protein 2) too few vegetables and fruits 3) more fat than is healthy and 3) mostly “plant fragments,” devoid of the micronutrients and fiber that keep our bodies functioning optimally.[2]

The work of early plant-based nutrition pioneers including T. Colin Campbell, PhD,[1] Caldwell Esselstyn Jr., MD,[2] Dean Ornish, MD,[3] and John McDougall, MD[4] has resulted in mounds of evidence including research findings that have been published in prominent, well-regarded medical journals. Decades later, this body of work is slowly making its way into the mainstream. However, this evidence has been met with resistance on several fronts, including from the meat, dairy and egg industries.

It’s also no big surprise that the American Medical Association has been resistant to accept this information. Perhaps their close relationship with the pharmaceutical industry and the systemic bias toward detection and treatment over prevention is partly to blame. In addition, physicians have little training in the area of nutrition, relative to their training in other areas. But, what about nursing? Patient education is our forte. Prevention of disease and the promotion of health is part of our fundamental mission[5]. Has this body of work simply been neglected by the health care profession of nursing?

Personal Health Maintenance Is Not a Priority

Shockingly, a group of researchers at the University of Maryland’s School of Nursing recently revealed that the obesity rate among American nurses exceeds the national average by more than one third. While the obesity rate among adults has reached 36%, the obesity rate of nurses has soared to 55%.[6] Nurses tendency to be overweight is attributed in part to long work shifts, disrupted sleep patterns and high levels of stress.

It has been said that modern nursing is the product of a marriage between the convent and the military. Nursing’s roots can be traced back to the Roman Empire. Here, the vast majority of caregivers were nuns and monks. The focus of these medieval caregivers was on the souls of their patients and the comfort they could bring to their ailing bodies. With the wars of the 19th century, nursing grew in numbers until it eventually evolved into a standardized vocation in high demand. In a wartime era, lifesaving procedures and treatments took precedence over all else.[7]

While the nursing profession has continued to flourish, the majority of nurses today are not actually affiliated with the military. However, their priorities and practice habits still appear to be very much in-step with their paramilitary forbearers. At a time when our chief ailments are those of a more chronic nature, our plans of treatment continue to focus on implementing short-term, life-saving measures over promoting healthy lifestyles.

Nurses today certainly possess compassion and devotion as our monastic predecessors did. The courage and fortitude of the early nurses whose presence on the battlefield was so treasured and still remains. We are good at caring for those who suffer. Those positive traits do not change the fact that Americans are living longer, enduring chronic illnesses, or the fact that our current healthcare system is overextended. Our discipline may be holistic, but this approach alone will not heal what is ailing us.

How can we truly help our patients when we ourselves are sick? Today, we face ailments that require a different kind of advocacy. It is time that we begin to look at food as the real cure. If we want to have a real and lasting healing influence on what currently ails our population, then it is time to take a serious look at our nutrition and make that the main focus of the nursing care plan for our patients and ourselves.