Topics » Family & Kids » I Don’t Think My Kids Will Eat That! 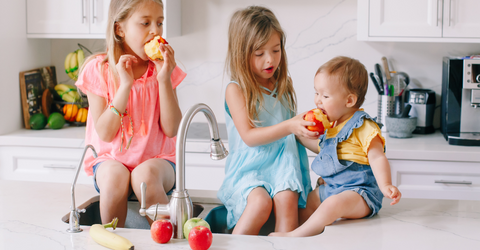 “Why do we have to have white broccoli again?” my son commonly asked when he was young, upon seeing cauliflower on the dinner table. Though our kids ate what we did for dinner, it wasn’t always without issue. For some reason, soup with chunks of vegetables was always a battle with my son. Even though he liked some of those same vegetables when not in soup, a bowl with a mixture of vegetables in liquid ignited a tearful battle.

One night, I asked him to close his eyes, then I gave him a bite of soup and asked if he could tell me the vegetable he was eating. For some reason he loved this, though he only guessed the vegetable correctly about half the time. What, only moments before, had been a struggle—to get him to eat five bites (his age at the time)—turned into “the soup game” for the rest of the meal. Thus began the game that almost always accompanied soup with vegetable chunks, for what seemed like a decade, but was probably less than a year.

If you’ve been making separate meals for yourself and your kids, I’m going to invite you to make life easier and stop doing that. Your kids are going to get all the necessary macro and micronutrients they need from eating a whole food, plant-based (WFPB) diet. They will follow your lead and try new things if you are open to trying new things. I’m assuming you’re sitting down as a family to eat dinner together. If not, now is the time to start. There’s a lot of research showing that eating dinner together is beneficial.

This may be a new way of doing things, and all new things take a little time to get used to. But there are some tricks to employ here: kids love games, so how about making dinner about some games?

You could try to eat the rainbow for dinner, challenging yourself to cover every color of the rainbow as food options. How about some raspberries, radishes, or beets for red. Carrots, sweet potato, orange pepper, yellow pepper, or golden potato for orange and yellow. Green lettuce, snap peas, green pepper, and blueberries for the rest of the rainbow. “I spy with my little eye something red to eat. Does anyone else have anything red to eat on their plate?” As simple as it sounds, young kids eat this up (literally). 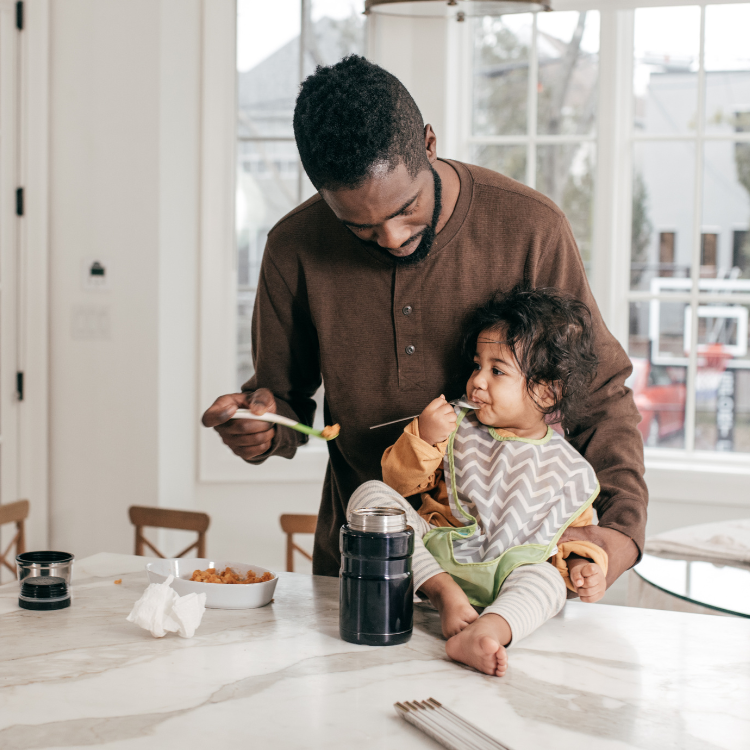 Has your child seen a rabbit or guinea pig eat? You could encourage them to “nibble like a rabbit” on their veggies, or chew and chew and chew like a cow chews its cud. Show them a video of bunnies or guinea pigs eating veggies and pretend to be animals when you eat your veggies together.

Or, as we sometimes resorted to, you could take the number of bites of your age (so a five-year-old would take five bites, and a 35-year-old, 35 bites). Or try the “close your eyes guessing game,” like we played with soup.

Distraction of a different sort can help too—how about a jar with questions? Each dinner, someone else takes a turn pulling out a question, and you all take turns answering it. This doesn’t have to be fancy—write out questions and put them in a Mason jar, or in an empty cup. I used this list that a teacher created, and added some of my own.

Questions such as, “What was your first thought when you woke up today?” or “If you could switch places with one friend for a day, who would it be?” or “What’s the best thing about living here?” get minds racing. When you’re hungry, and also thinking and listening and conversing, you tend to eat what is in front of you.

Or go with our standard: high, low, and what the heck. Each person tells of a high, a low and a what the heck moment from their day. For instance, one child might say their high was playing in the park after school. Their low was falling off the swing at the park. And their what-the-heck was when they swallowed their tooth that fell out during school lunch (true story from one of our kids). Usually, while busy talking and listening to each other, our kids would only need an occasional reminder to take a bite. 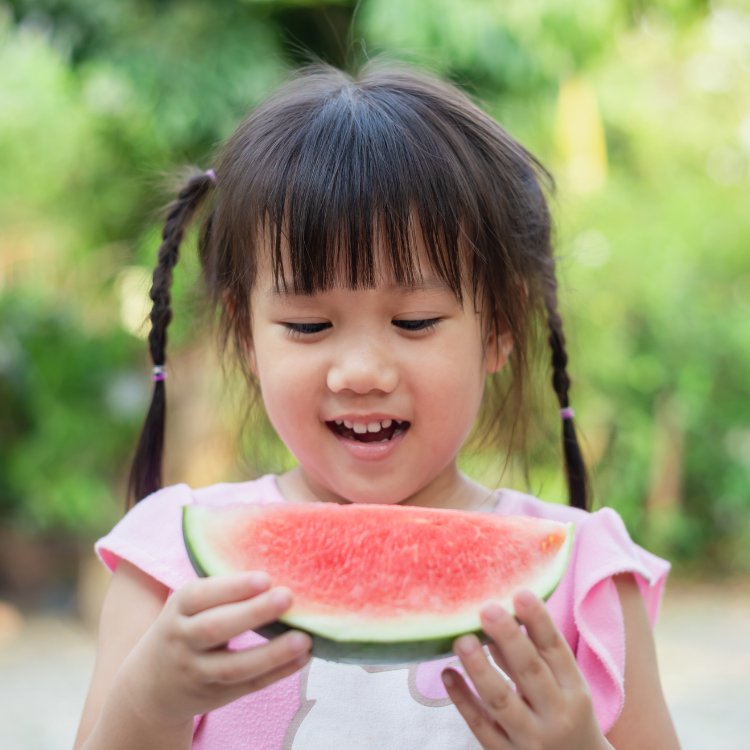 So, maybe the first time you serve a beet it doesn’t sound good to your two-year-old. That’s okay, and very normal. You could ask them to smell it and describe what it smells like. Or move it around and see how it makes the plate red. Next time you serve it, you could dice it, or roast it, or grate it, and have them touch it and see how their fingers turn red. You don’t have to have beets every night for 12 nights. But know that it will take some time for acquired tastes to become acquired. This also goes for adults. You didn’t love asparagus as a child? Have you tried it recently, cooked several different ways?

It goes without saying that you will eat when you are actually hungry. So, if the kids have been snacking on goldfish crackers or string cheese an hour before dinner, they probably won’t be that hungry to try HAPPY (healthy and plant-based, yay) minestrone soup. However, if they had some whole fruit as an afternoon snack and were running around playing until dinner time, there’s a greater chance they’ll be willing to try some new foods.

Obviously, I’m not saying don’t feed your kids when they’re hungry. I’m saying be cognizant of what and when they are eating. You could try the broccoli test as well. Next time you feel hungry, ask yourself if you’d eat a cup of raw broccoli. If the answer is no, then you’re probably not hungry. You may actually be bored, thirsty, lonely, or tired instead.

Having a bowl of ready-to-eat fruit (apples, bananas, oranges) out at all times is great for kids. You could have an area or a drawer in the fridge that is deemed the snack section. Enlist the kids to help decide what could go in there, then have them help cut up veggies and fruit so they’re ready to grab whenever the kids are hungry. This helps them have buy-in and cuts down on the time they spend standing at the fridge with the door open looking for something to eat.

Making sure your kids (and you) are being active will also help on this journey to health. Hopefully, they are behaving like kids—running around, jumping, playing, and dancing. If not, put on some music while you’re cooking dinner and make it a dance party to get excited for dinner together. Or take a walk as a family, either during the day or after dinner.

(This is an excerpt from Rachael Brown’s book, For Fork’s Sake: A Quick Guide to Healing Yourself and the Planet Through a Plant-Based Diet, available on Amazon.)