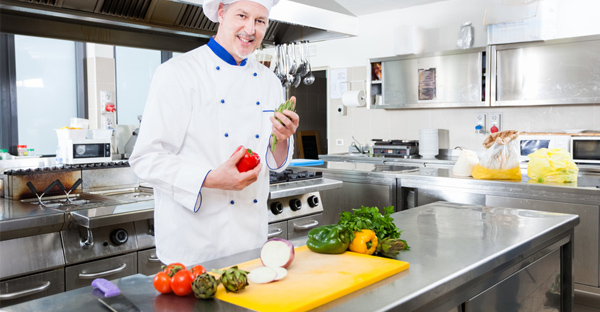 I’m vegan, and I know I’m in the minority. I know that restaurants are businesses that need to cater to their customers’ desires, and a lot of customers are very happy with a big, juicy hamburger or piece of sauced up chicken or a leg of lamb. I get that. But I’d also caution restaurateurs about not paying heed to the changing tastes of the American palate. Collectively, we are moving – more and more steadily – away from eating animals and toward a world that consumes a whole lot less meat. Whether that’s because two out of three of us is overweight or obese, or because we’ve been told by our doctors that there is cancer or heart disease or type 2 diabetes lurking, or because we are tired of the environment taking a beating from animal agriculture, or because we just find killing animals needlessly to be vexatious to the soul. Whatever the reason, plants are becoming a lot more appealing.

And it’s not an all or nothing thing: Michael Pollan has been saying for a while, “Eat food, not too much, mostly plants.” Mark Bittman of the New York Times urges us to eat vegan all day, and then whatever we want after 6pm. And Dan Buettner, National Geographic explorer and founder of the Blue Zones discovered that the longest lived and healthiest people throughout the world have historically eaten mostly plants, using meat as the occasional treat. My point is that the message of reducing animal food consumption is loud and clear, and it’s ubiquitous. People are listening, and they’re changing.

In fact, one out of every twelve millennials calls himself vegan or vegetarian. But more significantly, tens of millions of people are deciding that the American diet need not be so heavy in animal products. They call themselves flexitarians. So I have to wonder why some restaurants aren’t responding when the trend is so clear. Don’t they know about the “veto vote”, which is the tendency for families or groups with one or more veg/flex -atarians to bypass any restaurant that serves no meat-free fare. Clearly if you want to keep people coming back, restaurateurs would do well by adding some really delicious plant-based options on their menus so that theirs remains a favorite for everyone.

In many, many cities this is already happening. There are dishes with grilled tofu over wilted spinach and mushrooms, stuffed squash blossoms with almond ricotta, fried chickpea cakes and couscous, pizza with non-dairy cheese, and all kinds of hearty bowls with whole grains, beans, and vegetables.

Where I live in Los Angeles, the hippest restaurant to go to is Crossroads Kitchen, where any given night you might see Ellen and Portia, Beyonce and Jay-Z, Russell Simmons or Johnny Depp. It’s completely plant-based Mediterranean fare, and every dish is over the top delicious. But there’s also the Hollywood scene of Craig’s, where you’ll see studio executives and movie stars mixing it up with politicians. It’s a steak restaurant, but they have a whole vegan section on the menu right alongside the other stuff. When I asked the owner, Craig Susser, about how well those items do, he tells me they fly out of the kitchen they’re so popular, especially with the younger set.

But even in cities that aren’t so over-the-top image conscious, like Minneapolis or Atlanta or Cleveland, there are so many places you can find by going to HappyCow.org which offer at least some plant based fare. And the dishes are rated, so you know you aren’t just getting the dreaded baked potato and a side of vegetables. Even Yelp will help one find a restaurant where carnivores and herbivores alike can be satisfied.

Here’s a note to any eatery owner interested in catching up with the times: offer a protein center to your plant-based offerings. People aren’t interested in paying top dollar for boring food like stir-fried vegetables or spaghetti with marinara sauce. We don’t want just a salad; we’re hungrier than that. We’re just like everyone else: we love hearty, fulfilling food that makes us feel like we got a good bang for the buck. Here’s the thing: we grew up seeking protein (whether that was a valid need or not), and we still want it as a foundation for our meals. So, chefs, just try switching out the chicken for tofu or tempeh or one of the new meat alternatives like Gardein, Beyond Meat, or Field Roast. (All of these and more are offered by Sysco and US Foods.) Instead of meat ragout in the pasta, try lentils and spinach. I guarantee you, if you make it interesting and tasty, these options will sell. Put them right on the menu with the rest of the offerings so all the diners see that there are tasty, wholesome choices, because even hardcore meat eaters want a break from time to time.

And guess what, since those foods are cheaper than meat and dairy, your profit margin will be bigger. (You can thank me by offering a creamy vegan ice cream along with some tofu cheesecake for dessert!).

Whether it’s because someone wants a break from animal protein three meals a day every day, or they are concerned with their health or weight, or they want to be conscious eaters for the environment, a vegan option is extremely appealing when presented well.