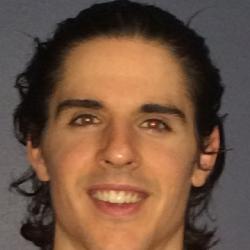 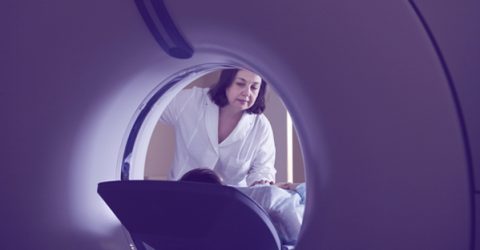 Growing up, the food choices I made were based on my belief that I needed to consume a lot of protein. I ate the “Standard American Diet,” packed full of meat, dairy, and processed foods. Being an athlete, I was always in shape, so I was unaware of the harm I was inflicting on my body with the foods I was eating. I was always encouraged to eat plenty of animal protein, being that I “was a growing boy.” Everything changed a few months before my 21st birthday.

After experiencing upper back and neck pain for a few weeks, my mother finally persuaded me to go to a doctor and get checked out. The first doctor I saw was convinced it was a pinched nerve, but an MRI of my back revealed nothing. After seeking the opinion of five additional doctors, I still had no answers to the question, what was going on? The pain was not subsiding, but every doctor told me there was no damage, that it was probably just sore muscles.

When I was just about ready to give up on finding the cause of my pain, the last doctor I saw suggested we do an MRI of my neck, which I agreed to. The following morning, he called to inform me that he had the results of the MRI: “Bobby, you have a tumor growing on your brain.”

I’ll never forget hearing those words. It was such an overwhelming feeling. After getting a full brain scan, I was informed that the tumor on my brain was the size of a golf ball. I met with a team of doctors at Columbia Presbyterian Hospital. Being that it was regarded as one of the best hospitals in the country, I felt safe there. After a rigorous two-week stretch of seeing doctors every day, getting blood taken, and having multiple physical exams done, I was informed that not only did I have a brain tumor, but that it was malignant as well. My parents and I decided that we’d strictly abide by the doctor’s recommendations. The doctor suggested that I should have surgery to remove as much of the tumor as possible, followed by radiation and/or chemotherapy to kill whatever was left behind.

After a few days of trying to decide what to do (including reading the 6 page-long list of side effects from chemotherapy, including other cancers), we decided that I would have brain surgery and radiation.

On February 12th 2012, 17 days after learning of my brain tumor, I was on an operating table. Going into brain surgery was by far the most terrifying experience of my life. Walking into a surgery knowing that any small error made could result in death or mental damage was quite gut wrenching. After an 8 hour operation, I was in a major daze; my vision was impaired, I could barely hear anything, and I was unable to talk. I felt that I couldn’t breathe out of my mouth (a few days later I realized it was because during surgery, while I was face down, my tongue was hanging out of my mouth with my teeth clamped on it. My tongue was scarred and swollen for two months). After five scary and miserable days in the hospital, I was able to go home. However, my “fight” with cancer was just beginning.

The month following surgery was nothing short of a nightmare. I had ongoing intense headaches, trouble with balance, an inability to focus my eyes on anything without getting dizzy, and an overwhelming feeling of helplessness. I was taking 10 medications a day and had no appetite. The majority of my days were spent sitting on the couch staring at the wall. I was lucky enough to have a ton of visitors, which helped to bring me out of my funk. Just when I thought things couldn’t get worse, they did.

On March 26th, I started my first day of radiation. I didn’t know much about it, other than it was supposed to shrink the remainder of the tumor. My radiation plan was 33 treatments over six and-a-half weeks. I was tattooed in 3 small spots on my face so they knew where to line up the machine and was fitted with a super tight mask so that I wouldn’t move. The radiation itself was a painless experience, taking no more than 15 minutes a treatment. In the first week, I felt the same, although the doctors warned I may start to feel some side effects soon. Were they ever right. The following week, I experienced an impossible nausea. If I even picked my head up, I would vomit. I had no appetite, no desire for anything. I began losing patches of hair all over, and was having mood swings and high anxiety (which I later found out was caused by one of the steroid medications I was on). After the grueling 33 days, I was a shell of my original self. From the beginning of surgery until the end of radiation, I had lost 70 pounds. I was 6 feet tall, and only 125 pounds. However, I was ecstatic that I was done with my treatment.

The doctors had informed me that about 5% of the tumor remained; a tiny spec that was only barely visible under MRI or CT scan. They told me that there was a 25% chance of the tumor returning, and there wasn’t much I could do to better my chances. This didn’t sit well with me, but when prestigious doctors tell you something, they’re usually right. At least that’s what I thought.

Not much changed in the two years following my treatment. I still experienced headaches, dizziness, nausea, balance issues, and loss of hearing in my right ear (which the doctors never would acknowledge even though I had perfect hearing up until the surgery). My diet hadn’t changed, nor was it even a thought to change it. Then one day I was scrolling through Instagram and I saw a post about a documentary called Forks Over Knives. It was claiming that most diseases were preventable and even reversible with a whole foods, plant-based diet. I was extremely skeptical, but decided that it couldn’t hurt to watch.

I’ve never watched anything in my life with such intrigue, such focus. After watching it, I was starved for more information. I read articles and watched any documentary or YouTube clip pertaining to plant-based diets that I could find. I discovered a convincing amount of scientific evidence that diseases were in fact preventable and curable with a plant-based diet. I had such a mix of emotions, ranging from anger to excitement, from sadness to betrayal. Why was I unaware of this information? Why didn’t any of the doctors mention this to me? I decided then to take matters into my own hands.

I stopped working at the deli I had worked at for the past 10 years and began working at an organic food and juice bar. For the next 3 months, I cut out all animal products from my diet and ate as many whole foods as I could. The transition away from animal products was much easier than expected. Having so much knowledge about its effect on the human body helped. It also helped that I watched Earthlings and Cowspiracy, seeing the health and environmental impact, and most importantly to me, the effects it had on the animals.

When it was time for my next check-up, I couldn’t wait to tell my doctor about my diet change and the exciting new information I had learned. After getting the MRI, the doctor was very surprised to tell me that the tiny spec of the tumor was no longer visible. It was instant validation for me. I then told him that I switched my diet, steering away from animal products. He immediately lost interest and said, verbatim, “Well, I’m still going to eat a steak after this.” I never went back to him again.

It’s been over 2 years since cutting out all animal products from my diet. Besides my tumor dissipating, my skin became so clear and smooth. I have more energy now than ever before. I haven’t even been sick, not so much as strep throat or a cold, since changing my diet.

Most importantly, I finally made the connection; that what I put into my body is going to directly affect my health, the health of the planet, and the lives of beautiful animals. There is so much misinformation circulating that it can be very difficult to determine what type of diet is optimal for our health. Based on my research and the amazing transformation of my health, I firmly believe that a whole foods, plant-based diet is the answer.

To this day, I still have some side effects from my treatment. The hearing never came back in my right ear, and I still have poor balance (although it is improving thanks to yoga!). Also, any time I go from sitting to standing, I get an incredible rush to my head and instantly become dizzy and dazed for a few seconds. I always wondered how the only symptoms I felt before the discovery of the tumor were neck and back pain, and then once I began treatments, I became sicker than I have ever been in my life, stuck with lasting side effects.

But what about people who aren’t as lucky as I was? The people who suffer far worse than I did, the people who die from diseases that are preventable and reversible. What if the answer to all our health problems is as simple as what we decide to eat? It is so empowering to know that to a great extent, you can control your own health. My only aspiration is that this information be available for everyone.

People should know that growing old and sick, or even being young and sick, is not a life sentence. We must continue to inform people and let them make their own decisions.

This is a self-reported testimonial regarding the author’s experience with a plant-based diet. It should not be interpreted as personal medical advice. Please consult with your physician for questions or concerns regarding personal health or illness.