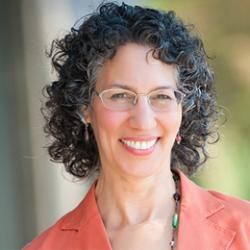 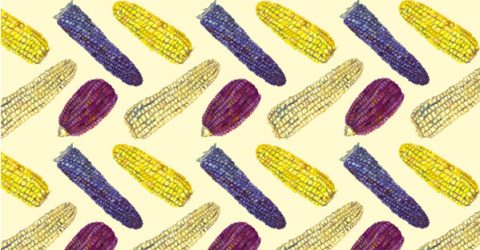 There is a tragic, continued rise in chronic disease rates around the globe, particularly diabetes and the commonly accompanied cardiovascular disease. Most, if not all, of this suffering is due to changes away from the various health-supporting diets based on local plant foods consumed by indigenous communities around the world from time immemorial. This is starkly exemplified in the Native American nations of the United States. We have seen diabetes rates soar across these communities, particularly the Pima tribe of Arizona. Many blame genetics.

What we understand about genetics is that genes may allow for a tendency toward a particular disease, but it is environmental factors that allow such genes to express themselves into disease. Although certain groups may be more prone towards diabetes based on genetic makeup, disease does not take hold unless environmental factors increase susceptibility toward disease development. The Pima tribe of Arizona for instance has the highest rates of diabetes of any population in the world.[1] (They also have staggering rates of obesity and hypertension.) But interestingly, those of the Pima tribe living across the border in Mexico do not suffer from high rates of diabetes.[1] What’s the difference?

They share a similar genetic makeup but live a very different lifestyle than those farther north in Arizona. The Arizona Pima diet strays away from native foods such as beans, maize, wheat, squash, and many indigenous plants including wild spinach, mesquite pods, cholla buds, and potentially some wild game and fish. Their diet is now largely made up of cheap fast food and animal products.[1] The Mexican Pima have also been quite a bit more active than their Arizona cousins. The American Pima sedentary cycle perpetuates obesity and insulin resistance even further. But this difference also suggests that such a devastating disease need not take hold in communities and can be prevented, as well as overcome, through lifestyle changes. 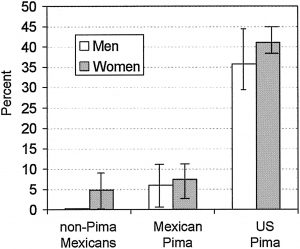 Since the 1950s many tribal members have depended on commodity foods provided by the U.S. government, which include highly processed canned meat, cheese, and powdered milk; not exactly the stuff of optimal health. This post-World War II period is also when we see the diabetes rates increase among them.

Genetics is complicated. Though we all have a set of genes that may predisposed us to one thing or another, many genes are involved in more than one mechanism.[2] Trying to pinpoint a few genes responsible for a particular trait will never succeed in improving overall health. Interestingly, there are 417 genes associated with fat and weight gain in worms, (and double this number in humans).[3] Even if we were to discover a how to control this predilection towards weight via genetics, what about heart disease, diabetes and other autoimmune diseases at the same time? Relying on genetics to address disease is like going down a dark rabbit hole with no bottom in sight. On the other hand, treating disease with dietary change offers greater promise to not only control weight but reduce risk of most disease, which is more promising that searching for genetic solutions. If we begin with diet, we can overcome most of the obstacles in the way of achieving better health and optimal weight.

Luckily there are organizations and healthcare practitioners working within communities to change the trajectory of such disease epidemics. One such professional is Caroline Trapp, DNP, APN-BC, CDE, FAANP. As a nurse practitioner and director of diabetes education and care for the Physicians Committee for Responsible Medicine (PCRM), Dr. Trapp works with Native American communities to combat and reverse the diabetes trend.

Diabetes and the complications of uncontrolled diabetes are epidemic in New Mexico, and have especially impacted Native American communities. Native American teens are the fastest growing demographic group in terms of the number of people developing the disease. I’ve seen both the devastation caused by the failure of conventional approaches, and the powerful benefits when people who are at risk for, or who have diabetes, shift to a plant-based dietary pattern.

A program of note that Dr. Trapp has been involved with illustrates the effects of such a cultural shift away from native foods – the Marshall Island Diabetes Intervention Project, led by Brenda Davis, RD. The number one cause of death and disability in this island nation is type 2 diabetes. Most people have it or develop pre-diabetes by the time they are adults. Half of all surgeries done within this small nation are amputations due to diabetes. Most don’t know they have the disease and don’t get treated until severe effects like circulatory or kidney damage occur. Ms. Davis explains:

Sixty years ago diabetes was virtually unheard of in the Marshall Islands. People were slim and physically active and lived off the land. Their diet consisted of fish, seafood and edible plants such as coconut, breadfruit, taro, pandanas and leafy greens. …Today, the islanders eat seemingly insurmountable mountains of Spam, donuts, ramen noodles, and cola.

But through this project, diets, hearts and minds were changed. Even though it was funded as a two year study, (which started in 2006), remarkable results were achieved, influencing not only those who participated, but the island culture itself, including more cooking of beans and rice dishes, more exercise and more healthy options offered in stores and restaurants.

Dr. Trapp has also spearheaded PCRM’s Food for Life: Healthy Eating and Cooking to Beat Diabetes in Indian Country offering much needed education to healthcare experts and leaders in and around the Native American communities of the Southwest, inspired by the work and research of T. Colin Campbell, PhD on the power of plant-based food to overcome chronic disease.

This example of dietary transformation gives us all hope. If it can work in the Marshall Islands with such meager resources, changing such a strong culture built on pride and independence, it can work anywhere, even the United States.

Dr. Trapp has spearheaded a project offering much needed education to healthcare experts and leaders in and around the Native American communities of the Southwest, bringing the Plant-based Prevention of Disease (P-POD) conference to Albuquerque, New Mexico May 18-20, 2017.