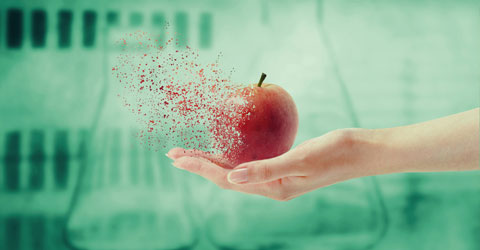 Reductionist Paradigm: The Cause of Nutrition Confusion

The Plant Based Nutrition Certificate, along with The China Study and Whole has convinced me that Dr. Campbell has pinpointed the main cause of confusion among Americans when it comes to nutrition. The cause is the reductionist worldview of many nutrition researchers that results in their belief that randomized control trials are the most reliable approach to establish causal relationships between diet and disease.

Dr. Campbell’s view is directly opposed to this belief. He writes in his article “Research Methodology in Cancer Research” that “A randomized control study design focuses on one factor, one outcome and generally one mechanism at a time. This is not nutrition; it is pharmacology. Such studies often create more confusion than clarification”.

Focusing on specific nutrients and their specific effects has resulted in a lack of confidence among Americans on what constitutes the ideal human diet.

Healthy, trim, long-lived populations eat diets dominated by whole plant foods with small amounts of meat and fish and little to no processed junk These people don’t need or care to know that the monounsaturated fatty acids in olive oil raise HDL levels or that dairy calcium improves bone density. I doubt that traditional Okinawans would be very interested in Dr. Campbell’s research that shows casein (major dairy protein) to be a potent tumor promoter.

Dr. Campbell questions these and all such studies because they usually miss the larger context. The China Project became the larger context within which casein, perhaps animal protein in general, relates to human health. Reductionist research results were tested for relevance to the bigger picture. This is how nutrition should work! This kind of holistic approach to the study of nutrition is the only approach that can lead us to the truth on what constitutes the healthiest diet for human beings.

Dietitians, physicians and researchers who are so focused on one nutrient/one disease, ignore (intentionally or unintentionally) the vast knowledge that we already have on the amazing ability of whole food plant based diets to prevent and treat a variety of chronic diseases.

Medications are usually prescribed and are targeted at specific symptoms and/or biomarkers. It’s often a hit or miss proposition. If the medication is not effective – no worries – there are plenty more medications available. A patient may have to try multiple medications, often in combination, before symptoms subside. Sometimes as the primary symptom subsides, the patient begins experiencing symptoms caused by the initial treatment, prompting the prescription of additional medication. This can eventually lead to a long list of medications that a patient has to juggle every single day. When I worked as a telephone Nutrition Consultant for an insurance company, it was not uncommon to encounter members on more than 15 daily medications.

This is how chronic disease is treated! To paraphrase Dr. John McDougall – “No patient gets healthier – they’re still sick, but now they drag around a bag of pills with them.”

Reductionist studies are like the trees in a forest. I believe that holistic studies allow us to make some sense of the trees by allowing us to see the forest. Dr. Campbell and his colleagues have stepped out from among the trees in order to get a clearer picture of the forest.

Those of us interested in nutrition and health need to do the same. Once done, more and more researchers, dietitians and physicians will begin to see that the picture clearly shows that a WFPB diet combined with reasonable exercise is the best way to prevent and treat chronic disease.