Join now
Topics » Nutrition Science » ‘Science’ Is Up For Grabs 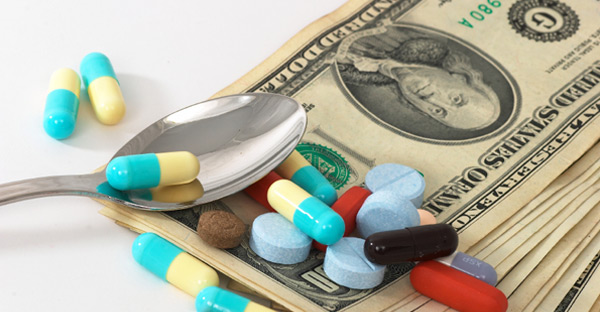 ‘Science’ Is Up For Grabs

What does it mean to have scientific evidence on our side? It means having added value and, very likely, money in the bank, pure and simple.

So, what’s wrong with that? Nothing—if we really understand what ‘science’ means and if we use it properly and wisely.

So, when does scientific evidence become most hotly disputed? When we promote an idea, a product or a service for which the most money is at stake—either a potential gain in some new money or a loss of existing money. The bigger is the pool of money exchanging hands, the more intense becomes the contentiousness of the debate about which side the evidence supports.

So, what is a good example of a seemingly contentious idea that has the potential to affect huge pools of money? It is the proposal that consuming whole plant based foods has a health effect that is so broad, profound and rapid in response—compared to everything else—that it can save a huge proportion of our health care costs by decreasing the production of highly processed and animal-based foods and increasing the production of foods that are whole, natural, and plant-based.

This claim could lead to a reduction of 50-75% savings in health care costs, shift hundreds of billions even trillions of dollars from industries producing products that harm health to industries promoting programs that enhance human health, and shift huge amounts of money now used to extract energy from our earth—with all of its devastating consequences—to capture energy from the sun and wind, thus keeping our planet healthy.

So, where am I going with this dream? Very simply, what we choose to eat is central to our own existence on this planet, central to the pain we suffer as we rot away in hostels for the elderly, and central to the waste of money and talents that could have been used to create harmony and peace for all of us. It is my contention that the substance that keeps the unending debate raging is our gross misunderstanding of the supporting scientific evidence. Many might say, “No, the dispute is about money.” While true, I believe that the more fundamental basis for this debate depends on—or it should depend on—the reliability of the scientific evidence.

Debating the worthiness of whole plant based foods for human health too often is so intense and irrational that it will only be clarified by agreeing on 1) how we define science and 2) how we use the evidence obtained in the name of science.

I raise these questions because, after spending almost six decades in the world of science and now watching the way that ‘scientific evidence’ is abused in discussions about food with human health, I am appalled. This is not only a question about the health benefits of a whole food, plant-based dietary lifestyle but, even more fundamentally, it is a question about our misunderstanding of the science of nutrition itself.

Every single day it is easy to find serious abuse of this vitally important information—and it’s been going on for far too many decades. The cost of our misunderstanding is incalculable—surely in trillions of misspent dollars as well as in the lives suffered and lost among billions and billions of people.

When advocates offer on TV supporting scientific evidence for their drugs along side an even longer list of side effects, science is being ignored.

When I see well accepted evidence that the use of pharmaceuticals (as instructed) is the #3 cause of death in the U.S., then see the government’s Centers for Disease Control and Prevention (CDC) not list it accordingly, science is ignored.

When I see journalists accepted as scientific experts for this topic, science is being ignored.

When I see the existence of a $32 billion nutrient supplement industry, science is being ignored.

What I really see through this façade of science is a monumental lack of integrity, largely paid for by our tax dollars.

I have written a longer piece on my experience with science—its use and its abuse—that is published on our website. I invite everyone to read and critique this and share your opinions whether it resonates with your own concerns. I should also say that my own views of science still remains a work in progress, thus your thoughts are especially welcome.