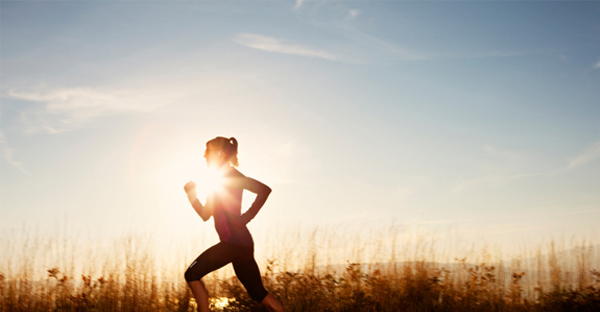 A few decades ago endurance athletes where encouraged to avoid gym training for fear that they would develop heavy, bulky muscles. The reasoning was: extra mass without function will inhibit endurance performance. This makes sense. However, the reason gym training was adamantly shunned by the endurance culture was primarily due to it being lumped together with the body building culture. Of course the main reason bodybuilders lift weights is to build bulk. They also weight train for symmetry and definition, but the vast majority of their time spent training is to get bigger.

In the early eighties some endurance athletes began supplementing their regular endurance training with weight training in hopes of improved endurance. The results where mixed. While the athletes generally gained some strength, they also gained weight. Therefore their strength-to-weight-ratio showed only very modest improvements, and not enough to justify the energy expenditure in performing the extra workout. In other cases, strength-to weight-ratio dropped. Why? The problem was that these endurance athletes were doing body-building-style workouts, designed to grow muscle size with little or no improvement in functional strength. Of course this resulted in a reduction in the endurance athletes most valued attribute: strength-to-weight ratio.

When it was realized that various training principals and techniques could be reworked to make bulk-less strength gains, gym workouts for endurance athletes were revisited.

While gym workouts were being embraced by some endurance athletes, there were still those who abstained. It was clear that a finely tailored weight training program could be implemented to build strength without an increase in size or weight, but why would an endurance athlete need strength? And would a few gym workouts to achieve it be worth the extra energy expenditure? Would there the return on investment by justifiable?

Clearly marathon running is an endurance event, not a strength sport. At least this is what traditional wisdom states. But is it correct? For a marathoner, what advantage is it to be able to lift more weight? As it turns out, it can actually be a significant benefit.

If, for example, two runners are completely equal in every respect except for muscular strength, the stronger will be faster over any distance. The lower percentage of maximum strength needed for each stride will translate into improved efficacy and therefore greater endurance. If for example one runner can squat 10% more weight than another, his muscles will not have to work as hard to move the body forward, which can translate to significant endurance gains. When muscles don’t need to work as hard, they also don’t require as much oxygen or circulating blood and therefore will not put as much demand on the heart, which in turn will lower that rate at which it beats. A significant improvement in endurance will be the result. Greater strength does equal greater endurance. Now common referred to as functional strength, properly structured gym workouts have been embraced by most all high-level endurance athletes.

While the focus for runners and cyclists will expectedly be the legs, gains in upper-body strength can translate to a significant performance advantage by improving muscle efficacy.

Since the arms are used and upper body engaged, improving the efficacy by which they function will help. Each time muscles contract, oxygen and nutrients in the blood is needed. As with the legs, the arms will draw upon the heart to deliver oxygen, nutrition and remove waste products (lactate) so that they can continue moving fluently with ease. With this being the case, it makes sense to increase the strength of the upper body as well so that it doesn’t become too much of an oxygen draw on the system as a whole and increase heart rate.

Nutrition is a vital part of physical training. Of course what you eat are the building blocks used to reconstruct muscle tissue that the training has broken down. Make sure to consume a nutrient-packed smoothie after each workout. Quick and efficient recovery from each workout is key. The faster you can recover, the sooner you can train again. This is what leads to true gains and will improve your performance more so than any other single principal.

The following program is the one of my routines that I perform before I begin a more specific phase, one that converts strength into power. For this one, I perform it three times per week. It is extremely effective, but keep in mind that it was designed for someone who has been weight training constantly for at least a year. Tendons, ligaments and connective tissue need to adapt to a more advanced training program such as this, so not to cause injury. If you are new to weight training, I suggest a more basic program to begin with that will gently allow for your body to adapt. Then you can give this one a try.

This workout is for functional strength gain. It will keep you lean and will improve strength-to-weight-ratio and therefore efficacy, endurance and ultimately running performance as a whole.

A good all round exercise that helps develop the stabilizer muscles. Particularly important if you periodically run on uneven ground. Also serves as a good warm-up.

This is an ideal exercise to quickly increase over-all leg strength without putting your back in jeopardy, as is common with squats.

Strengthens the knee-supporting muscles, thereby reduce the chance of developing knee injuries. Particularly important if cycling is not part of your cross-training routine.

Strengthens them, and in doing so improves their efficiency with each toe-off.

Strengthens core, and in doing so helps improve posture, form and breathing.

Reduces oxygen usage of the upper body while running, thereby lowering heart rate and improving endurance. Also helps to maintain proper, efficient form, even once fatigue had set in.