7 Tips to Get Your Kids to Eat More Veggies 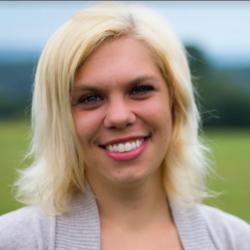 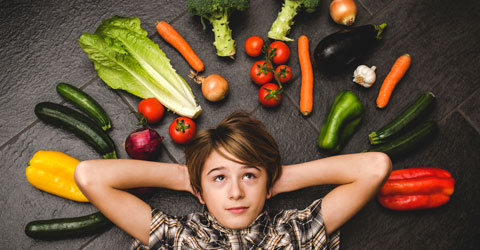 Let’s face it, most kids don’t love their veggies. When my kids first started eating solid food, I always offered a wide variety of vegetables, which they usually gobbled up! But as they grew and started developing a taste for other things, it got more challenging. The good news with kids is that they need a lot of calories to meet the demand of their rapidly growing bodies. But with that said, you still don’t want to be feeding them fat, sugar, and refined foods all day.

I have found a few ways that have really helped me to get my kids eating more veggies. It took some time though! So if these methods don’t have your kids eating a salad the next day, don’t worry! Just keep working at it.

Being a good role model and making these items as accessible as possible is key.

1. Try them frozen.
I was listening to the radio one day, and they were discussing ways to get kids to eat more veggies. I may be a Registered Dietitian, but my kids are still just as picky as anyone else’s. So I turned the volume up and tuned in. One thing they mentioned that I hadn’t tried is to offer the veggies frozen instead of cooked. Sounds crazy, but I figured what the heck and starting offering my youngest son frozen peas. He loved them. For the next two weeks, that’s all he asked for!

2. Cut them into different shapes.
Another piece of advice that may sound crazy, but really works! My oldest son has been brutal lately with the “not eating veggie” thing. One day a few weeks ago I was spiralizing some yellow squash, and the idea popped into my head to offer them to him raw. He refused to try, but I didn’t give up. He used to eat a lot of cucumber, and I had some in the fridge, so I spiralized some of that. He couldn’t get enough! I have also discovered he likes when I cut cucumber into longer stalks. Still won’t touch them if they are sliced into circles. So weird.

3. Get kids involved in the preparation.
I know it can be a little scary having kids help you out in the kitchen with knives and boiling water and things of that nature, but there are plenty of safe ways to get them involved. Even helping you get out the ingredients and do some basic mixing can be exciting for them. Getting them involved with the cooking piques their curiosity and gets them in the spirit of trying what was prepared.

4. Make them readily available.
Keeping whole vegetables piled up in the produce bins in your fridge hardly makes them accessible. Take some time a day or two after shopping and slice up veggies like carrots, celery, or cucumber, and store them in the fridge where they can easily be seen. Berries are a huge demand in our family, so I try to rinse and slice the strawberries as soon as I can and put them right at eye level in the fridge for my kids. They are usually gone before I even get a chance to eat any!

5. Offer veggies first.
As with most active, growing children, my boys are always hungry, and they are always asking me for food. I have learned to adjust my approach from “What can I get you?” to “How about some carrots or apple slices?” It’s working great so far in that they often will pick one of the two healthy options presented.

6. Lead by example.
If you are never eating the right things, then how do you expect your kids to? Often times now when I want to snack on some veggies, I will sit next to my boys on the couch, or place the open container on the counter if they are in the kitchen. Being a good role model and making these items as accessible as possible is key. My three-year-old now likes to take one bite of each stalk of celery and carrot and put it back, but hey, I’ll take it!

7. Try a smoothie.
What better way to sneak in some veggies than mix them in with some fruit! This is a great tactic for spinach especially. Spinach is super mild and mixes beautifully in a blender with fruit and liquid to make a smoothie. This trick doesn’t work every time though; my son has made it very clear that he will only drink light green smoothies.

Any of the methods above get your kids eating more veggies? Let me know in the comments!

Eat Your Vegetables! Getting Young Children to Eat Healthy