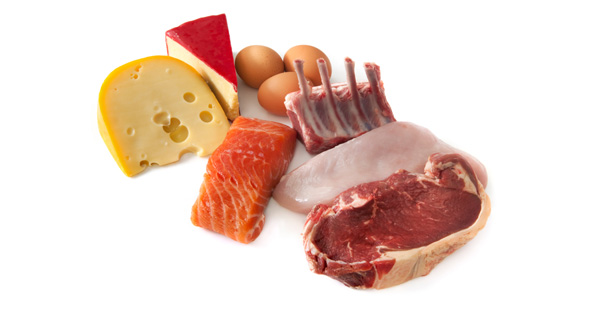 Animal Protein as a Carcinogen

Although there are many arguments favoring the nutritional imbalance explanation of cancer, one of the more striking for me was the experimental animal studies discussed in Chapter 3 in my book, The China Study. Namely, aflatoxin is a very potent carcinogen for the rat. However, after the Indian researchers showed that decreasing protein (casein) intake from the usual level of consumption of 20% to 5% completely prevented this very powerful carcinogen to cause cancer, we then began our work (references in our book). We explored that finding in great depth and eventually confirmed their initial observation. That is, simple adjustment of dietary protein (casein) within very normal ranges of protein intake controlled cancer growth and it worked not by one mechanism but by a large array of mechanisms. In other words, we proved this association beyond any doubt.

Further, over the years, this research required a lot of funding and our applications for funding were reviewed by other researchers highly experienced in this field. Every time we got high marks for the quality of the research. Then, when we submitted the results for publication, they were again reviewed by peers and these papers were published in the very best cancer research journals. Among the people who know the most about cancer, our work was entirely convincing.

Very simply, normal adjustment of protein intake was capable of enormously influencing the ability of a chemical carcinogen’s ability to promote cancer. Dietary protein trumped a very powerful carcinogen in a species that was exceptionally sensitive to this carcinogen.

Then we did much the same thing with a cancer caused by a virus, the hepatitis B virus.

If we follow the criteria of determining what is a carcinogen and what is not, these findings should shake up the entire world of cancer research and education because this is the way that other carcinogens (Alar, dioxin, DDT, etc.) also work–except the evidence favoring their carcinogenicity is far less than it is for aflatoxin!

But I was not comfortable taking the usual path of declaring that casein is a carcinogen that was far more powerful than aflatoxin (“the most potent carcinogen ever discovered” according to the people who favor the chemical carcinogen hypothesis). Instead, I was more interested in asking broader questions, involving the role of animal protein based foods in their association with human cancer, as well as to study the comparative associations of aflatoxin consumption and protein consumption in humans–this was the China Study.

I have given this story to many of the very best–and most critical audiences — that I can find (Harvard, Berkeley, Cornell, Emory, Yale, Duke, NIH, etc.) and I get no serious criticism. The only comment that seems to surface more than a few times is ‘I am taking on some very powerful interests and they won’t listen — regardless of the veracity of the evidence’, or words to that effect. In other words, this issue — first narrowly defined but later expanded into a much larger issue — is mostly about politics, economics, personal bias, etc., and not about rational science. Quite honestly, it depresses me because there is so much at stake for human health. Corporate America, who controls the agenda in this health research business, is more interested in their own health than they are in the health of the public!