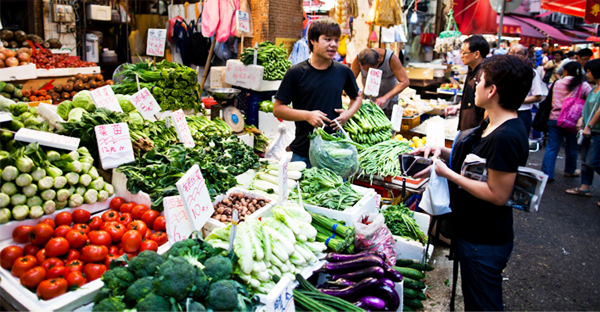 Applying Results From The China Project

How do we know that the results from the China Project apply to people in the West. Aren’t the Chinese much more physically active than Americans? Could this influence disease outcomes?

Yes, the Chinese are more physically active than us, but our comparison in this research — especially on the all-important calorie intake issue — was with the least active Chinese. And, although surprising to many Western observers, we found that calorie intake per unit body weight was still about 30% higher among rural Chinese than for Westerners. Undoubtedly, much of this was still due to higher physical activity — even for the least active Chinese (we cannot tell precisely how much). But I would also suggest, both from our data in experimental animals and humans and from the work of others, that the long-term relationship of body weight to food is also related to the nutritional composition of the diet. A diet comprised of low fat and low animal-based foods, as in a 10-15% fat vegan diet, allows for a small but highly significant adjustment upwards of energy expenditure, both as a loss of body heat and as increased physical activity. This effect is highly significant because an upwards adjustment of 3-5% of BMR, for example, theoretically translates into a body weight interchange of about 10 pounds per year. My explanation is for a lifestyle effect rather than a silly quick weight loss diet effect that is so often desired and advocated in the marketplace.

Every disease process is composed of an array of factors–that may act in sequence–to produce the final outcome. A typical disease model (1) begins with genes, (2) then is initiated by highly reactive chemical carcinogens, viruses, bacteria, etc., (3) then is ‘promoted’ over a fairly long time by nutritional environment, and (4) and finally becomes a sustained self destructive process (e.g., loss of immunological competence) that leads to the demise of the body. There is ample evidence for this model in the scientific literature, as well as ample evidence from my own laboratory.

The high rates of some cancers in China are due to step #2 that predisposes a much higher proportion of people to the disease (hepatitis B/C in liver cancer, Heliobacter pylori organism in stomach cancer, Herpes/ papiloma virus in cervical cancer, etc.), and perhaps to some extent by poor nutrition. But my point is that step #3 is all powerful in that it is the rate-limiting step in disease formation. Most importantly, this step, if it involves the right nutrition, is able to largely control whatever may have preceded it–genes, chemicals, viruses, etc., and to do it for any disease process. And most importantly, this applies to all people regardless of their genetic or environmental backgrounds.