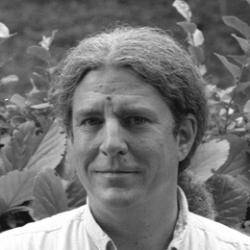 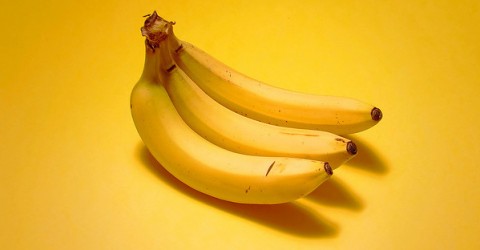 When Christian missionaries in the Middle Ages first encountered the banana on the North African coast, they were enthralled. One of them wrote to his bishop that the banana was the perfect fruit. If you slice it, he explained, you will see in each segment a reminder of the faith: a cross.

Cut a banana open, and sure enough, you’ll find in the tiny black seeds a cross or, if you prefer, perhaps a Zuni or Tibetan sun symbol. For that reason, the banana often turns up in religious imagery wherever it has traveled. In its homeland of South Asia, the banana appears in many Buddhist sutras as a symbol of the earth’s generosity, for it grows abundantly and feeds millions. As it spread both eastward to the Arab nations and Africa, and westward to Polynesia, it took on significance in other beliefs. Some Muslim and Christian traditions hold that the forbidden fruit that Adam and Eve so briefly enjoyed in the Garden of Eden was not the apple, which is not native to Mesopotamia, but the banana. In the iconography of those traditions, the first man and woman wore not fig but banana leaves to hide their nakedness.

Those Christian missionaries knew a good thing when they saw it. They returned to Iberia and Italy with banana plants in hand. And soon the Canary Islands, under Portuguese rule, became an important center of banana cultivation. From there, the plants were taken to the New World, to be planted on the island of Hispaniola, from which banana cultivation fanned out across the Caribbean and into South America. It was not until refrigeration systems were developed in the mid-19th century, however, that home-bound Europeans could enjoy this particular treasure of their colonies – the ripening fruit could not survive the ocean crossing.

When refrigeration did arrive, bananas became big business. In 1885, the Boston Fruit Company (later the United Fruit Company) began importing the banana to the United States, mostly by way of New Orleans via “banana boats” which also carried the tarantulas and boa constrictors that now thrive in the bayous of the Mississippi Delta. Until the Dole Company set up shop in Hawaii, the Massachusetts importer protected its monopoly by supporting a series of Central and South American dictatorships, whence the phrase “banana republics.”

The Salt of Intelligence

Whatever its political and religious history, the banana has long been recognized as a rich food source. Buried in the scientific description of the banana that most often graces our tables, Musa sapientum, one finds a quiet homage to its presumed wonders. The Latin means “muse of the wise person.” Potassium, which the banana contains in abundance, has been likewise called “the salt of the intelligence,” perhaps because it figures in most so-called brain food. The banana holds a heavy concentration of natural sugars, almost 20% by weight. This makes it a convenient source of energy, and thus a favored treat of athletes and outdoors enthusiasts, to say nothing of dieters, who benefit greatly from the banana’s low fat (about a half a gram in a medium-sized fruit of about 110 grams) and total lack of cholesterol.

Thanks to its high pectin content, in fact, bananas are known to reduce blood cholesterol significantly. Bananas also have generous quantities of phosphorus, iron, thiamin, calcium, and beta carotene. About the only black mark on their record, so to speak, is their tendency to spoil quickly, thanks to the high presence of the enzyme polyphenoloxide, the same substance that causes human skin to tan in sunlight. To slow this spoilage, you can either keep your store of bananas in a cold (40 F) refrigerator or hang them from a rack so that the fruit dangles in air. It’s best, however, simply to hail the fruit as a transitory wonder and eat it quickly instead.

Botanically, the banana is a strange thing: the plant itself is an herb, related to ginger and cardamom, and in its wild state it is thin and grassy. Its fruit is a berry, born of and containing many seeds, and the wild banana is even seedier than its domesticated counterpart. The peel of both the wild and cultivated varieties is full of latex, making it an easy source of gum. The peel is also full of dopamine, a natural narcotic, which led some thrill seekers in the sixties to believe that smoking it would make for a cheap high. They got only headaches in exchange, thanks to the latex.

That latex, however, yields another benefit of the banana or, more specifically, of its less sugary variety, the plantain. This is its ability to stimulate the production of mucus lining in the stomach wall, which in turn, retards the formation of stomach ulcers. The greener the plantain, it is said, the better the protection against the ravages of digestive acids. While the medical jury is still out, even common dessert bananas seem to have some value in this respect as well; many pediatricians suggest their use for children suffering from gastritis.

Today, bananas are grown not only in the tropical world but also in greenhouses in temperate climates, and even in Iceland, where they grow outdoors on geyser-studded volcanic soils.

How to encourage children to adopt a whole-food,...