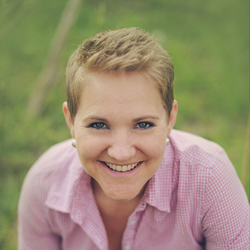 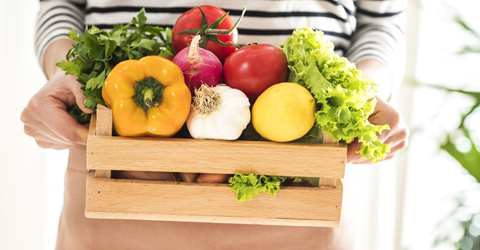 At age 12, I was diagnosed with Crohn’s disease—an autoimmune disease that affects the digestive system and that, at the time, almost no one had heard of. I had emergency surgery to repair my diseased, perforated intestine and nearly died in the process. The scars left me looking like Frankenstein, as a classmate kindly told me in the locker room one day after gym class. Then I had surgery again.

My body became a source of shame. It didn’t work right, and now thanks to two massive scars, it was hideous. Because I had a digestive disease, it was easy to start linking everything to food.

I have a flashbulb memory of reaching for a mini-size candy bar from the pantry one night after dinner and my mom calling over to me, “Watch it with the candy, Kelly. You don’t want to get fat.” I can’t remember if I put the candy back or ate it, but I do remember how terrible I felt. I was already a burden because of my health issues. I didn’t want to get fat and become a source of shame or disappointment for my family on top of it.

The Anguish of Crohn’s Was Unbearable

In high school, the cutting/self-harm started. To this day, my forearms are like a map of my adolescent anguish. It all continued through college. Finally, after more than a decade of vacillating between starving myself, eating normally but frantically exercising off all the calories, purging, and taking laxatives (none of which helped my Crohn’s disease, a steady source of physical pain), I hit rock bottom. I attempted suicide by overdosing on prescription pain pills. After that, I made a commitment to myself and my healing. If I was going to be stuck in this place, I was at least going to try to live a better life.

My poor body was so used to purging when I ate anything resembling a normal-size meal that I had to retrain it, along with my brain, to just let myself eat. I fought the negative internal scripts, over and over again releasing the voices that said, “You’re fat,” “No one loves you,” “You’re ugly.” I repeated prayers and mantras to myself. But the voices would come back. And on it went. Like a non-smoker who still craves cigarettes years after quitting, I figured some part of me would always struggle. But I was wrong.

About a year ago, I realized that I can’t remember the last time I heard one of those nasty scripts. But what had changed? What was the miracle that chased them off once and for all? Three years ago, I began working as a staff writer for a prominent animal welfare organization. When I joined the organization, I was only eating “humane meat.” After eight months of immersion in research and interviews about the countless ways that animal agriculture is not only inhumane, but also hurts the environment and damages our health, I went fully plant-based.

Symptoms from the multiple issues and illnesses I’d been diagnosed with—arthritis, Hashimoto’s, persistent low-grade anemia, and yes, even Crohn’s—started to disappear.

Then, some amazing things started to happen. I had more energy. My mood improved. Symptoms from the multiple issues and illnesses I’d been diagnosed with—arthritis, Hashimoto’s, persistent low-grade anemia, and yes, even Crohn’s—started to disappear.

A year after going vegan, I went to a new doctor for a physical. She reviewed my health history, then stopped short. “Wait,” she said, her confusion evident in her crinkled brow, “you’re not on any medications? But you have all of these diagnoses. I’ve never met someone with Crohn’s who’s not on medication.” Then she looked at my blood test results and my vital stats and her jaw dropped. “Your blood count’s phenomenal. What’s your secret?” she asked. When I told her, she nodded and said, “Well, I guess I’m not surprised. But most of my patients would never consider that.”

I felt amazing. For the first time since age 12, my body and I were friends again. Today, I don’t count calories. I eat as much healthy food as I want, and if I want a cupcake or French fries here or there, I just have it (plant-based, of course). But it was only recently that I realized just how deep my transformation has gone. One day, my wife and I were out hiking, and we were talking about how much being plant-based had changed our lives. I literally stopped in my tracks as it hit me that I never, ever give myself that negative self-talk anymore. The voices are gone. And I have going plant-based to thank.

For me, my eating disorder wasn’t just about being fat. It was about my overall sense of worth. I didn’t feel worthy of eating. I didn’t feel worthy of being alive. I didn’t know it at the time, but these feelings were largely the result of a lack of congruence in my life. My big, caring heart worried about animals and the environment and how we were all going to survive, yet my food choices were supporting the abuse and destruction of the things I cared most about.

A Deep Healing to My Life

Now that I’m walking the talk, I see the difference. I feel the power of living my convictions. I know that my choices make a difference and that I am living a compassionate, empowered life. And that congruence between what I believe and the choices I make has brought a deep healing to my life that I never knew could come from what’s on my plate.