Topics » Nutrition Science » How Your Body Heals Itself

How Your Body Heals Itself 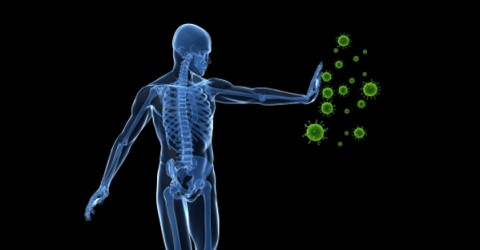 Understanding the extraordinary power of your immune system!

The more you know about how your body works, the better able you are to make the choices necessary to enhance both the quantity and quality of your life!

Hygiene is defined in the dictionary as the science of health and its preservation. But what does that really mean?

Science, the dictionary tells us, is “the systematic observation of natural phenomena for the purpose of discovering laws governing those phenomena.” Put more simply, science is the process we use to figure out how things work. Health is defined as “a state of optimal physical, mental, and social well-being.”

With these definitions in mind, it is easy to see that Hygiene is neither a dietary system, a therapeutic system, nor a religious or belief system. Hygiene is the science of health. It encompasses a broad body of knowledge about the natural laws that determine health and numerous techniques that enable you to use this information to maximize your health potential.

The more you learn about how your body works, the better prepared you will be to make the choices necessary to enhance both the quantity (longevity) and quality of your life.

Environment – getting fresh air, pure water, and appropriate sunshine, and avoiding environmental stressors such as air and water pollution, and excess exposure to dust, pollen, chemicals, and noise;

Activity – engaging in regular aerobic exercise and getting adequate rest and sleep; and

Psychology – engaging in productive activity and developing the interpersonal social skills necessary for a successful life.

When the requirements of health are appropriately provided, the self-healing mechanisms of the body attempt to restore and/or optimize health. Your body’s ability to do this is only limited by your inherent constitution (genetics) and the amount of use and abuse that has taken place.

Hygienic physicians have always emphasized the concept that health and disease are not antagonists. Disease processes such as diarrhea, fever, and inflammation are not only natural, but are necessary attempts by the body to regain optimum health. Attempts to suppress these adaptive and eliminative processes with drugs and other invasive treatment may create problems by interfering with the body’s self-healing mechanisms.

It is important that you know how extraordinarily capable and complex your immune system is.

Your body is constantly exposed to chemicals, toxins, pollutants, and other stressors. In addition, simple organisms such as viruses, bacteria, fungi, and parasites are capable (under certain circumstances) of invading the human body and using it as a source of nourishment. Fortunately, the healthy human body has defenses against invasion by these organisms. These defenses comprise the immune system.

Most potentially pathogenic organisms and agents are prevented from interfering with normal function because of the barrier that the skin creates. The openings into the body, such as the mouth and nose, however, are not covered with skin, but with mucus membrane. This membrane can secrete various substances and is usually moist. In these moist secretions are other defense mechanisms, including chemicals such as lysozyme and C reactive protein, which can kill invading bacteria.

Mucus itself can trap invading organisms, and cilia (little hairlike projections in the lungs, bronchi, and throat) can push those invaders back out of the body as long as they are working properly. It has been shown that in tobacco and marijuana smokers the cilia become paralyzed and destroyed. This is one of the reasons that smokers have such an increased incidence of respiratory and other infections.

The acid in the stomach, vagina, and other organs also can act as part of the non-specific immune system by creating an environment in which potentially invasive organisms cannot survive.

The next components of the non-specific division of the immune system are the phagocytic or “cell-eating” cells. These phagocytes can engulf and destroy most invading organisms. Phagocytes are a type of white blood cell found in the bloodstream as well as in various organs such as the lungs, liver, and intestinal tract.

People with malfunctioning phagocytes are subject to recurrent infections. In rare cases, this malfunctioning is a genetic defect. More commonly, it arises from poor health practices which overwhelm the ability of the phagocyte to act. Smoking, for example, in addition to paralyzing cilia, can kill macrophages, the phagocytes that live in the lungs.

The body also is capable of producing special proteins during an infection. These proteins coat the invading organisms, especially certain bacteria, and make it easier for the phagocytes to destroy them. But this only works if the invading organisms have some general chemical markers that the non-specific division of the immune system can identify.

These tiny antibodies have two ends. One is a receptor that can recognize a specific organism or substance. The other end is a marker that fits in the general receptors of the phagocytes. When an antibody attaches its specific end to an invading organism or foreign substance, it tags the invader in such a way that the phagocytes of the non-specific division of the immune system can recognize and destroy it.

These antibodies made by the specific division of the immune system are produced by white blood cells called B lymphocytes. B lymphocytes come in thousands of varieties, each capable of recognizing one specific marker or antigen.

The number of lymphocytes that can recognize any particular marker or antigen is very small. When the right B lymphocyte finds the antigen of the invader, it binds to it. This stimulates the lymphocyte to quickly reproduce many more B lymphocytes of exactly the same type.

With the help of a complicated chemical signaling system, the new B cells are ordered to start pouring out antibodies. The antibodies bind to the invaders, and the phagocytes destroy them. Some of the new B cells, instead of producing antibodies, become memory cells. After the invasion is resolved, these memory cells persist in the body. If that particular invader should ever happen to show up again, the body will be able to destroy it quickly.

In addition to the B lymphocytes that produce antibodies, there is another important kind of lymphocyte cell-T lymphocytes or T cells. T cells come in several varieties-helper, killer, suppressor, memory and others.

Helper T cells, like B cells are very specific, having specific receptors for specific invaders. It is the helper T cells that are in charge of the complicated chemical signaling system that tells the B cells what to do and initiates the production of killer T cells.

Love the one you’re with

We are fortunate that we possess such a complex and efficient immune system that functions at its highest level when we conscientiously secure the requirements of health.

Your health is very precious. Take the steps necessary to protect and preserve it. Remember, you are the only you you’ve got.