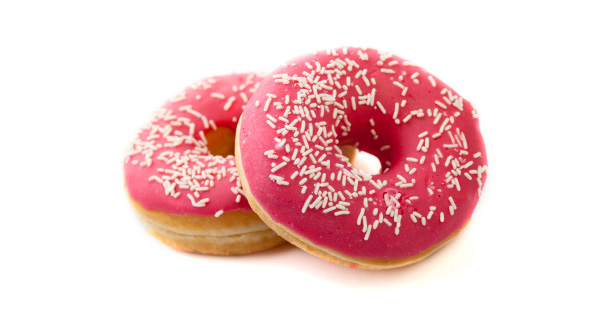 If you are holding a copy of Health Science magazine, and know what it is all about, then you are one of the lucky ones. Of the 300 million people who live in our country, most will spend their whole lives confused about what is good for them, and what isn’t. If you are one of the fortunate few who has a good feel for the truth about health, then you are more than halfway there. The problem is, knowing is only about half of the battle. The other half of the journey is pretty tough. Just knowing doesn’t quite get it done all by itself.For some reason, even after we know just what to do, there is a tendency to go ahead and do self-destructive things anyway. If we listen to a pop-psychology show,we might hear all sorts of dark and complex speculation about why people are often self-destructive. But doubt any of it is right. We think there are reasons for “self-destructive” behavior that make perfect sense.

The Strange Behavior of Moths in the Night

Have you ever taken a few moments to stare at moths banging into your porch light? Why do they keep circling and flying into a dangerous light? And more chilling still, why do they sometimes fly right into a candle or hot light that zaps them dead? It seems incredibly stupid, so why do they do it? Maybe moths are mysteriously self-destructive for some deep, dark, and complex reasons. But we doubt it. We think there must be another reason, and one that makes perfect sense. There is.

Why They Do What They Do

Moths, it turns out, are designed to fly towards light. They have built within them a natural compulsion to fly toward it. The reason is that in the ancient natural world, the only lights around were the moon and the stars(against the dark night sky), and flying toward these lights was useful. The moon and stars are at ‘optical infinity’ – you can never get there, so they are effectively stationary objects in the sky at any moment in time. This makes them very useful as points of reference for the internal compasses of moths, who can make great use of the fixed light. By flying toward the light, a moth can get above the present fray, and take a peek around for food and mates. Then, after an enticing foray is complete, the moth can return to its original position by reversing the angles in its head, and following the reverse path home – using celestial objects as a guide. So now we can see where the mistakes are being made. When moths are flying toward human-manufactured lights, they do so because artificial lights fool their internal compasses. If the light is safely encased in glass, the moth simply backs away in confusion upon bumping the glass, and then circles around and flies toward the light again – and again and again. Its internal compass is great – but it fails this time. It’s never supposed to reach the light; and by doing so, it’s all messed up. And if the light is a hot candle or light, the moth might even die. It isn’t suicide. It’s a contrived accident.

If we asked the question “What is it about moths that makes them self-destructive?” we would be asking the wrong question. Our question, as framed above, innocently leaps to the conclusion that moths are self-destructive. Of course, it looks like they are. But when we ask the right question, and answer it, the mystery disappears. The right question is: “Why do moths fly toward light?” Once we know, we can put away all talk about tendencies in moths.

Why Good Eating Habits are Such a Challenge

This health thing is hard – no doubt about it. In the 25 years that we have dedicated to helping others get on track, or back on track, we have witnessed this mighty struggle. Why is it hard? We now see that we better ask the right question before we try to answer it. We think the question “Why do people prefer foods with artificially high calorie density to healthier, low-calorie density foods?” When framed this way, the question has a sensible answer.

People evolved in environmental circumstances where calories were scarce. This we know, as it was true all over the world just 100 years ago, and it is even still true in many places. Calories have always been in short supply, or at least very often, in human history. So nature made sure that we came equipped with taste preference machinery built into us – like an internal compass – to make sure we take advantage of any high-calorie opportunities. Scientific studies conducted over the last decade have concluded that our brains release greater concentrations of pleasure chemicals (dopamine and natural opiates) when the food we eat is of greater caloric density. This should be no surprise. There must be a reason that we like a ripe apple better than a tart one – and there is. When you eat a ripe apple, your calorie detection equipment knows that there is a good caloric concentration there – and says “good, keep eating!” A tart apple, maybe 10 percent less caloric, is discarded. One apple might be 77 calories, the other merely 70. That seven calorie difference is detectible – and your taste preferences let you know it!

A chocolate apple, though, would be about 770 calories – at the same size. That’s because chocolate is about ten times more caloric than fruit! Talk about a white-hot light! The same tendency is there in all modern processed foods – chips are about eight times as caloric as fruit. Bread and hot dogs are about six times as calorie dense. And like moths to the light, we are all drawn to this caloric density like iron filings to a big magnet. We need to resist. For our health and well being, we must.

Breaking free from the dietary pleasure trap (or any addiction) can be very difficult. For those individuals who find the challenge overwhelming, a residential approach that may include an intense program of education and a period of supervised water-only fasting has often proven to be extremely helpful.