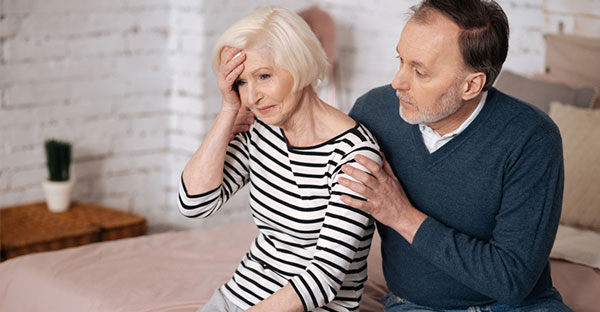 The greatest medical fear of our century is not an infection, or heart disease, or even cancer. We are gradually winning all those battles. What faces us today is something much worse, something more costly, insidious, and demoralizing than anything we have seen before. It is a disease that affects the individual, the family, and the community at its essence, at the level of the self. This disease is Alzheimer’s and it is a tsunami that will overtake our healthcare system in less than 20 years. Today, it is the most expensive disease, costing at least $400 billion annually, not to mention a source of profound emotional burden and suffering to both the family and the community. It is also the fastest growing epidemic, with an 87% rise in prevalence and mortality during the last decade.[1]

Currently, after hundreds of billions of dollars of clinical trials and research, there is absolutely no drug that stops or even slows down the disease process, or any medication that could save one from the clutches of this disease.

Incredibly, however, we’ve had the answer to the prevention of more than 90% of Alzheimer’s in plain sight. Yes, we know how to prevent this disease. Decades of research have demonstrated that the same factors that affect the heart and other organs affect the brain. This small organ, which constitutes 2% of the body’s weight and consumes 25% of its energy, is much more susceptible to vascular risk factors, inflammatory factors, and oxidative by-products. At the same time, its capacity to grow and connect from 10 to 20,000 fold, gives it incredible restorative capacity.

In our book, The Alzheimer’s Solution, we reviewed and summarized over 300 peer-reviewed articles and brought our own experience working in a comprehensive dementia clinic and conducting clinical research to bear on this question of what can help prevent cognitive decline and Alzheimer’s.

From all these sourced, there was no question that a life filled with physical and mental activities, restorative sleep, stress management, and a whole food, plant-based diet low in sugar was profoundly effective in keeping our brains vibrant and active throughout a long life. For us, who don’t work just in the clinic or the lab, but also volunteer in the underserved communities through our Healthy Minds Initiative, this is a battle for the soul and dignity of our aging society. So, when we hear information taken out of context, cherry-picked or willfully misinterpreted in order to create a following or serve a particular agenda, it is an attack on all those communities that we consider family.

The latest in this trend is the ketogenic diet, with sparse evidence for any efficacy beyond adjunctive treatment for particular types of epilepsy, or the questionable health of laboratory rodents. The evidence for a ketogenic diet effect on cognitive health and prevention of Alzheimer’s is absolutely nonexistent. It does have a temporary effect on brain cells due to its alternative energy, but that effect is short-lived and believed to have long-term damaging effects. Yet the path to achieving a ketogenic diet, which often leads to glucose and lipid dysregulation, has repeatedly been shown to create harmful byproducts, as well as deposition of amyloid and tau proteins which are known to be strongly associated with end-stage Alzheimer’s disease.[2][3][4][5][6][7][8][9][10] The evidence could not be more disproportionate on the side of the whole food, plant-based diet, yet somehow in the media, a false equivalency has been created based on appeal to anecdote and to the masses (e.g. “I have thousands in my blog that agree with me”). These biases always shift the burden of proof. The means by which one can achieve ketogenic states are the same ones that create dysregulation of fats and glucose metabolism, resulting in inflammation and immune dysregulation, ultimately leading to Alzheimer’s.[11][12][13][14] The short-term ostensible gain in energy ends up costing the neurons dearly in the long run, and most likely shortens their lives. This cause is too important, and we need to empower communities in their fight for their mental health, now. There is no question that a whole food, plant-based diet helps maintain our most vital organ well into our 80s, 90s and beyond.