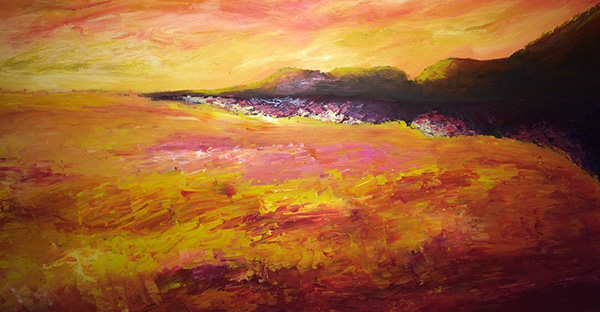 Cancer Nightmare, a Mother’s Tale of Her Son’s Survival

Never in my wildest nightmares could I have predicted or imagined that my one and only son, the baby I had dreamed of my whole life even when I was told that I wouldn’t conceive due to endometriosis, would be diagnosed with advanced stage of cancer at the tender age of sixteen. I thought that I was doing everything right by him despite being a self supporting single mom. I mean we ate a semi­-healthy organic diet made up of plenty of organic fruits and vegetables, dairy was limited to occasional frozen yogurt or feta cheese, whole grains and healthy fats which included at that time some occasional salmon.

We both carried a positive attitude about life and a warm and loving relationship with each other. There was nothing we could not talk about. We toasted in the new year with a full list of plans, hopes and dreams for that year after my son’s 16th birthday. Little did I know what was waiting for us just around the corner. My son had developed this cough that seemed to come and go. His PCP dismissed it as “allergies” or a chronic respiratory infection. Soon after that he began to spike fevers daily and his doctor still did not think it necessary to take an X­ray.

On our last visit in early March the doctor opted to tell us that my son’s problem stemmed from the fact that I was not feeding him “red meat” and his system had probably grown weak as a result of this. I was so angry and mortified at what I was hearing and stood up to leave. Just as I did, the X­ray that I asked for did indeed show that my son had a massive tumor in his mediastinum that was pushing apart his lungs and compressing his trachea, causing the coughing and “allergy” like breathing issues. The doctor was white as a ghost when he came in with this report and needless to say I was livid.

We were rushed to an emergency CT scan on the way to our local hospital’s pediatric oncology ward. I could not stop shaking and neither could my son. He was was not allowed to eat that entire day except for the berry ­flavored barium contrast that the technician tried to advertise as a fruit smoothie. It was disgusting but they made him swallow it to determine whether the disease had penetrated his intestines. I was in utter shock at all that was suddenly happening to my son and petrified that I might lose him.

Food had always been a lifeline for Josh. We were always health oriented “foodies” or so we thought. After he was admitted to the oncology unit I immediately looked for ways to get him organic foods to eat from outside the hospital walls but it was quite a tough to do. There was a lot of jello, pudding, tuna fish smothered in mayonnaise, along with bleached pasta noodles. Josh made it clear that he would not be eating “that s**t.” We both frantically searched the Internet for clues about Hodgkin’s disease as well as the optimal diet that would maximize his chances of surviving the cancer treatment.

When Josh’s chemotherapy session began, the nurses brought in countless bags of IV fluids filled with harsh chemotherapy­ agents. The chemo infusions spread across 3 days, and the sessions lasted for hours. Some of the drugs, like Etoposide, would make his blood pressure drop severely, which made him feel very weak. The chemo drained him of his magnetic smile and depleted his energy, and left him with severe nausea after each infusion. We learned that chemotherapy molecules are broken down by the liver, which depletes the liver of glycogen. About a week into a chemotherapy, Josh’s white blood cell counts plummeted to nearly zero as a result of the chemo. This caused him to be extremely susceptible to severe infections which he endured several times over.

I was desperate to get Josh relief from his suffering. We both did research on the internet and learned about the benefits of a whole food, plant-based (WFPB) diet during cancer treatment and beyond. We immediately stopped eating dairy, eggs, most processed sugar, and even fish. I noticed that Josh felt less nauseated and lethargic almost immediately. He decided to research the effects of sugar on cancer cells and came to the conclusion he should stop eating processed sugars hoping to slow the growth of his mediastinal tumors. He decided to quit eating rice puddings and jello and sweet brioche breads from the hospital cafeteria and replaced them with oatmeal, bananas, berries and cinnamon and rye breads that I was able to get from the local organic grocery. Frozen fruit became his candy. A couple of friends volunteered to help us by bringing us organic frozen vegetables, carrots, leafy greens, sweet potatoes, spinach and more to the hospital. I managed to use the microwave in the nurse’s station to steam them, along with cooked quinoa and other vegan options from the local health food market nearby. I would mix them all together with low sodium organic tamari sauce and other condiments that he enjoyed.

When Josh started to eat meals like this, his energy and his spirits were lifted. He seemed happier and more alert. His nausea was less severe at times after chemo. His blood counts rebounded much more quickly. The impact that a WFPB diet made on his cancer battle was profound. Josh is an artist and was actually able to start painting, even during chemo sessions, once we established the best way of eating for him. I adopted the same WFPB diet and have not looked back. We both believe that our WFPB diet, plus the loving bond we have shared all of these years, is what has kept Josh in remission from cancer for the past five years.

Josh also had to endure months of daily radiation post chemotherapy at another cancer center in Northern California. He had to lay very still under a huge linear accelerator machine, locked in a big room behind a foot thick door. The radiation beams produced red markings on his skin, and left him extremely fatigued and depressed at times. To counter this onslaught by the radiation, we found a small nearby gym for him to use where he forced himself to lift weights and exercise his limbs under the kind guidance of the gym manager who volunteered to help Josh begin to rebuild his physical strength. We persisted but his fatigue continued. Next, I made him lots of green juices, with fresh squeezed kale, swiss chard, and broccoli, lemon, green apple and more which provided him with delicious natural phytonutrients and vitamins.

The other important piece of his treatment was getting Josh to express feelings, such as fear and anger, that were swirling within him on a daily and nightly basis. I am a trained psychotherapist and life coach which helped me to know how to support my son emotionally in the best way possible. I have since helped countless parents and caregivers do that for their own children as well as themselves. Cancer wreaks total havoc on a parent and child’s life. Creating the tools we needed with a WFPB diet, the loving bond we shared and deepened through this horrific voyage through hell, as well as learning to be health advocates for what we believed to be the best treatment course for Josh has made us far stronger and resilient human beings, each in our own way. Our soon to be released coauthored book “Holding On” is reflective of our transitioning to a WFPB diet and its impact in helping “”Sam” the main character of our novel heal from the debilitating effects of cancer treatment.

Josh is currently attending UC Berkeley, studying Computer Science and Practice of Art. He is focused on becoming a software engineer, and aspires to start his own bioinformatics company.

This is a self-reported testimonial regarding the author’s experience with a plant-based diet. It should not be interpreted as personal medical advice. Please consult with your physician for questions or concerns regarding personal health or illness.