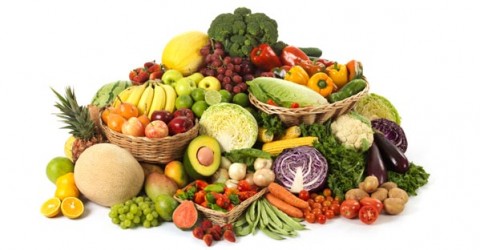 Powerful Steps You Can Take

THERE IS GENUINE HOPE for those suffering from diabetes. In a great many cases, unnecessary suffering and premature death can be prevented. This is especially important information because diabetes mellitus is the seventh leading cause of death in the United States.

Diabetes is a disorder of carbohydrate metabolism. In simple terms, the body cannot deal with sugar in the normal way due to a lack of insulin. Insulin is a hormone, produced by the pancreas, which allow cells to absorb sugar. If there is not enough insulin, or if the body fails to respond to its insulin, sugar builds up in the blood. This is called hyperglycemia, and it can do great damage to many areas of the body, especially to blood vessels and nerves. It leads to blindness, kidney failure, sexual dysfunction, and increased risk of heart attack and stroke, nerve damage (neuropathy), and many other problems.

Type I is commonly called “juvenile onset diabetes” or “insulin dependent diabetes” because it often begins when an individual is a child or young adult and insulin injections are required to control blood sugar levels. In Type I diabetics, the pancreas cells that produce insulin are destroyed, and the body produces little or no insulin. These people must receive insulin injections in order to live. About eight percent of all diabetics are Type I.

Type II is called “adult onset diabetes” or “non-insulin dependent diabetes” because it most often affects people over forty years old. These people do make insulin but their bodies do not use it properly. Roughly 90 percent of all diabetics are Type II.

The earliest symptoms of diabetes are usually excessive thirst and frequent urination. Weight loss, in spite of increased hunger, often follows, and can progress to nausea, vomiting, and anorexia (loss of appetite). The onset of diabetes tends to be abrupt in children and much more gradual in older people. When diabetes is suspected, laboratory tests of urine and blood are used to confirm the diagnosis.

Medical treatment of diabetes is often directed by doctors called diabetologists; doctors who specialize in helping diabetics control their blood sugar. Type I (juvenile onset / insulin with a combination of diet, exercise and insulin. Type II (adult onset / non-insulin dependent) Diabetes can often be controlled with diet, exercise and lifestyle measures alone. Unfortunately, in common practice many diabetics do not know how to (or simply won’t) Control their diet, exercise and lifestyle adequately and doctors routinely prescribe oral medications or insulin to regulate blood sugar levels.

There is controversy regarding dietary recommendations for diabetics. The American Diabetes Association recommends a diet that allows up to 30 percent of calories to be derived from fat. Experimental evidence, however, suggests that a low fat diet, less than 15 percent, is preferable. For example, Dr. James Anderson of the University of Kentucky placed 16 insulin treated diabetic men on a special high plant fiber diet with only 11 percent of calories from fat. After only 16 day, these patients were able to reduce insulin use by 58 percent. They showed an increased number of insulin receptors, which means their bodies, became more sensitive to insulin. This is just one of many studies that have been published supporting a low fat, natural foods approach in the management of diabetes. Despite the scientific evidence, very few medical doctors are recommending this approach.

A diet derived exclusively from whole natural foods such as fresh fruits, vegetables, whole grains and legumes, combined with a moderate aerobic exercise program can enable most Type II diabetics to maintain normal blood sugar levels without resorting to medications of any kind. Type I diabetics will often be able to obtain much more stable blood sugar on significantly reduced levels of insulin. Experimental evidence suggests that this combination of diet and exercise can slow down or even stop the degenerative changes associated with diabetes.

In our practice, we have had tremendous success with the use of dietary change with both type I and Type II diabetics.

Fasting can be beneficial

With Type II diabetics, we often utilize a period of fasting to stabilize blood sugar levels and eliminate the need for medication. Fasting appears to facilitate the body’s healing response. Changes that can take weeks or months to occur with careful feeding occur much more rapidly when fasting is utilized. Some diabetics with very resistant high blood sugar levels will not respond adequately without fasting. Careful monitoring is absolutely essential in fasting Type II Diabetics to insure that adequate insulin is present to prevent any associated problems.

While most Type II diabetics produce enough insulin to process the natural ketone bodies produced by the body during fasting, Type I (insulin dependent) diabetics do not produce insulin. Fasting is generally not used in the treatment of Type I diabetics. However, diet, exercise and lifestyle modification are extremely beneficial.

The following examples are typical of the results we see with diabetes patients at the Center.

Recently, a woman 64 years of age came to our facility. She had been having trouble with frequent urination and an acetone odor to her breath. When she first saw her family physician sugar was noticed in her urine and blood tests revealed a blood sugar of over 500 mg/dl (five times normal). Her doctor diagnosed her condition as Type II diabetes and put her on a diabetic diet and diabetes pills.

After a review of her medical history and a comprehensive physical examination and laboratory testing, we placed this woman on a fast. She remained at the center and was given only distilled water. Her activities were restricted to resting, listening to educational tapes, participating in our group activities and quietly interacting with other patients and staff.

During her fast she was monitored carefully by daily examination, and by blood and urine testing as was appropriate. She fasted for a total of 9 days and followed that with 12 days of careful feeding on a diet derived exclusively from whole natural foods. While fasting she developed several symptoms common to fasting including nausea, periods of weakness, a foul taste in the mouth, headaches and some joint pain. By the end of her stay her blood sugar level was within normal limits, her symptoms of fatigue had resolved, and she was free of all medication.

A follow-up visit one month later found this woman to have normal blood sugar levels without the use of medication. She had excellent energy and vitality and a newfound positive outlook on life. An interesting side note is that her blood cholesterol and triglyceride levels were markedly reduced and chronic depression was no longer present.

Some patients are able to overcome diabetes without fasting. Mild problems with high blood sugar levels will often respond to a careful program of dietary and lifestyle modification. A vegetable based diet and appropriate exercise will often allow the body to heal itself so that the need for medication and its inherent risks can be eliminated. An example is a 78 year old man who came to us because of back pain. He had been on diabetes pills for several years and still maintained excessively high blood sugar levels. He was terrified at the idea of fasting but agreed to follow a diet and exercise program that I designed for him. Within about three weeks we were able to help him eliminate the need for medication entirely. It has been several years now and he is quite well. He uses no medications and reports that he feels better now than when he was 60 years old.

Not all diabetics respond so easily. At the Center we have seen many, especially Type I onset diabetics, cases that presented a great challenge. Type I diabetics do not produce enough insulin. Usually, they will continue to require some insulin indefinitely. With careful attention to diet and lifestyle it is often possible to greatly reduce the amount of insulin needed and help to stabilize even the “brittle” diabetics, those who have difficulty controlling their sugar levels.

We find working with diabetic patients to be a very rewarding challenge. They often respond remarkably well despite years of frustrating, unproductive care. Because the consequences of the disease are so devastating, a real deal of satisfaction can be derived from helping the diabetics avoid the typical route of disease and degeneration.