By Katherine Schuen and Caitlin Hobbs 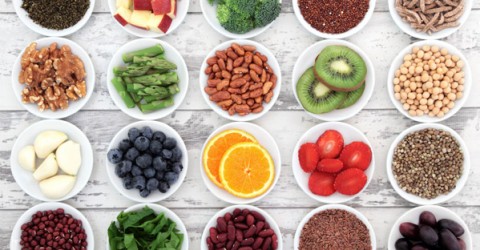 During the spring semester of 2013, Southern Adventist University’s (SAU) Campus Ministries Student Wellness Director, Katie Schuen, and Health Science major, Caitlin Hobbs, came together and began a project. These young ladies—both passionate about health, wellness, nutrition, and ministry—were seeking to give university students the opportunity to participate in an enjoyable experience that would promote healthy dietary habits as well as spiritual growth and a sharper mind. Schuen and Hobbs pursued the promotion of physical, spiritual, and intellectual health through the implementation of a 28-day Daniel Fast, a fast that combines spiritual commitment with nutrition that is entirely plant-based and unprocessed.

Rather than emphasizing weight loss or restriction of calories, the purpose of the Daniel Fast is to restrict the type of foods consumed, thereby increasing the quality of the nutrients the body receives. To this end, the Daniel Fast is a dietary restrictive, religious fast which allows for unlimited intake of whole, nonprocessed foods. Students at SAU were given a list of allowed foods before the fast began—all types of fruits, vegetables, whole grains, nuts, and legumes were allowed. The Fast would give students liberty to eat unlimited amounts of such nutrient-dense foods, emphasizing the importance of quality fuel for the body while also allowing individuals to experience enjoyment and satisfaction during the fasting experience. Additionally, students were encouraged to select a spiritual purpose for the fast and daily emails were sent out to each student to keep them motivated and to build community among participants. A Facebook page was also used to keep students notified with upcoming events and weekly meetings where they were able share aspects of their personal journey with others going through a similar experience.

The Daniel Fast is based on a Biblical foundation (see Daniel 1 and 10), but it has also been supported by scientific research. Studies have shown that people with metabolic or cardiovascular disease can experience improvements in disease prognosis by implementing the dietary habits of the fast (Bloomer et al., 2010). This potential for physical health benefits prompted Hobbs to use the SAU Daniel Fast as the basis for her Southern Scholars Senior Project. Enrolling 30 female students into her study, Hobbs used the Human Performance Lab at SAU to study the physical effects of the Fast. Weight, resting metabolism, dietary intake, and body composition were measured before and after the 28 days of fasting. As a result of the fast, subjects experienced moderate weight loss, increased calories burned at rest, increased fiber consumption, decreased dietary sodium and cholesterol, and various changes in the percentage of fat burned at rest (Hobbs, 2013). Hobbs also found that subjects felt “lighter” and had “more energy with less sleep” indicating that there were many perceived physical benefits as well (2013).

During the Fast, supplementary surveys were also used to assess spiritual progress, mental clarity and sharpness, and satisfaction. These surveys were not exclusive to the research subjects and were given to all participants—more than 100 students and faculty combined. Of all of those who participated, the majority reported experiencing spiritual growth, improved mental clarity, and enhanced academic performance after 28 days of fasting (Hobbs, 2013). Nutritional choices seem to have affected individuals not only physically, but also spiritually and intellectually—a perspective Hobbs and Schuen now refer to as wholistic or three-dimensional nutrition.

Schuen and Hobbs especially hoped to create an opportunity for students to develop sustainable lifestyle habits, so it was vital that students enjoy a successful experience. As hoped, 100% of participants surveyed indicated that they were either satisfied or neutral regarding their experience; in fact, none indicated dissatisfaction. Additionally, 88% said they would repeat the Fast and 98% said they would recommend it to a friend. Although many participants struggled when beginning to adjust to plant-based eating, they were able to adapt to the point of enjoying whole foods in a way that was highly satisfying. High ratings of satisfaction indicate that the Daniel Fast may indeed have more than just short-term benefits. Because the experience is beneficial, enjoyable, and sustainable, long-term benefits may result when individuals incorporate some of the new dietary habits into their post-fast lifestyle choices.

This was an article that was written by Katherine Schuen and Caitlin Hobbs. Dr. T. Colin Campbell listened to their presentation at a plant-based lunch served at the Lifestyle Medicine Conference at Southern Adventist University.