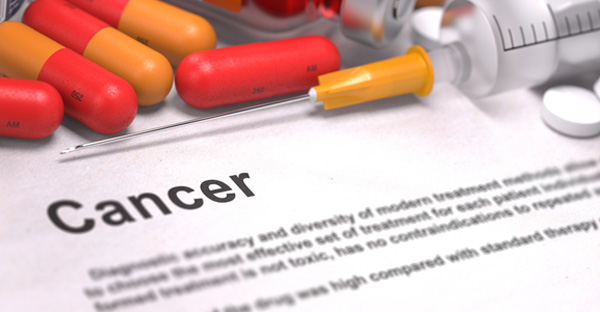 Doctor Inspired by The China Study for His Cancer Patients

My expertise, if one could call it that, derives from the clinical experience I have had in treating cancer patients and discovering for myself the extraordinary relationship that exists between animal protein and cancer. My aim therefore is to present examples of what can happen when we ignore the necessity for a whole food, plant-based (WFPB) diet and the benefits that are there for the taking, when patients adopt an animal protein free diet.

Ten years ago I would have scarcely entertained the possibility that a diet of any description could have an important role to play in the cure for cancer. At that time I had been practicing medicine as a family doctor, a general practitioner in Dublin, Ireland for more than forty years. Like most of my medical colleagues I would have been hugely skeptical of all the various dietary cures that were on offer, all based on little more that anecdotal evidence.

Then one day all that changed. A close friend of mine had died from cancer. At his funeral I happened to meet up with the only true icon of Irish science that I had ever known. We had come to be acquainted in our university days and even then he was considered to be one of the brightest students on the campus. In fact, he had gone on to become a professor of genetics.

At the funeral I brought up the subject of our friend’s death. I asked him whether there were any worthwhile cancer cures coming through in the field of genetics. His response was rather surprising. A wry smile came to his face and he took a business card from his pocket. On the back he wrote the name of a book and the name of the author, T. Colin Campbell. Then he said, “If you want to know more about cancer read The China Study.” Disconcertingly, we didn’t speak on the subject after that.

To be exposed to the work of T. Colin Campbell, PhD is a big day in anybody’s life, but when a medical doctor reads The China Study he can react only in a very limited way. Most doctors will immediately realize that the contents of the book are not exactly orthodox teaching and many of them will discard the book after the first few pages. Famously, this was the reaction of a doctor friend of mine that I gave the book to as a present. He threw it away. But I am glad to say he picked it up again some years later. My own reaction was to read the book over and over again until I became absolutely convinced that there was a great deal of truth in what Colin Campbell was saying.

What is most striking about The China Study is the amount of solid evidence it presents. The book contains detailed accounts of Professor Campbell’s experiments on laboratory rats where he showed how it was entirely possible to switch the growth of cancer on and off by simply varying the amount of animal protein that there was in the diet. This represented an enormous discovery and the fact that the results could be replicated made the conclusions scientifically irrefutable.

The message that I got from the book certainly pricked my conscience. From the very first reading I came away with the conviction that it should be possible to apply the findings to my own cancer patients. It seemed reasonable to presume that what had happened in rats might very well also happen in humans, and without any danger to patients. I talked about the possibilities with colleagues but not unexpectedly everybody felt that it would be best to leave the matter in the hands of cancer specialists. It was when I received absolutely no encouragement from this quarter that I decided to conduct a simple trial of my own.

From that moment on I spoke about the diet to every cancer patient that walked through my office door. Some of them had been sick for many years and their cancers were very advanced, whilst others were just newly diagnosed. In total, almost seventy patients took part in my trial. I suggested to all of them that they should get a copy of The China Study and that they would have to stay on an animal protein free diet indefinitely. What happened far exceeded anything that I could have hoped for. Almost all of the patients began to feel considerably better within just a few weeks. It was as if their cancers had actually stopped growing. Astonishingly, my simple experiment appeared to be working. In my book Stop Feeding Your Cancer I describe some of the more dramatic cases that I have seen over the past ten years. One could say that all of them behaved in the manner Colin Campbell might have predicted. Those patients that committed faithfully to the diet remained in good health whilst those that were not compliant responded very much like the rats in his experiments. When there was animal protein in the diet their cancers flared up, only to come back under control again as soon as a WFPB diet was resumed.

What does this mean for the future? It is difficult to predict how long it will take before the association between animal protein and cancer becomes fully recognized by the medical establishment. It would appear however that the ‘writing is on the wall.’ If I, a member of the orthodox medical community, can be so impressed by the evidence, then one can be sure that there are many others in the profession thinking like I do. Certainly at the very least, I believe that there is now sufficient scientific evidence to warrant the sort of large-scale clinical research that could conclusively answer all the questions that are outstanding.

Nobody blames the medical profession for being careful in coming to new decisions, but in this matter there can be little justification for the dragging of feet any longer. For too long, the subject of nutrition has taken a back seat in medicine and this needs to be urgently addressed. Cost should not prove a very big problem, as most of the research that needs to be done will probably consist of little more than further clinical trials. There is no doubt that we have got to get to the bottom of the role of nutrition, not alone in cancer, but in all disease. Then we can all breathe a huge sigh of relief when that is accomplished. Medicine has veered away from nutrition in recent years. As Professor Campbell has noted, there may need to be a certain shifting of loyalties away from the all too muddied relationships that the medical profession has with the pharmaceutical industry and some sections of the food industry. The medical profession has nothing to lose and everything to gain by doing this.

What is now clear is that more people inside and outside medicine are becoming involved in attempting to bring about the changes that we have been discussing. Over the past few years many new books dealing with these subjects have appeared on the shelves and more are being prepared. If this were a race I would say we were now approaching the winning post and that it would only require one more big effort from all of us to get across the line. Many people are still struggling to be heard, but I think that a change is about to take place. The last conversation I had with a senior oncologist was some months ago and was considerably less confrontational than usual. In response to my usual queries this time I got a little smile and was told, “ No specifics… but I can tell you that we are now all on the same page.” I was tempted to say, “Not before time,” but I didn’t. I contented myself in giving a little smile in return.