Topics » Nutrition Science » Are Your Genes Hazardous to Your Health? 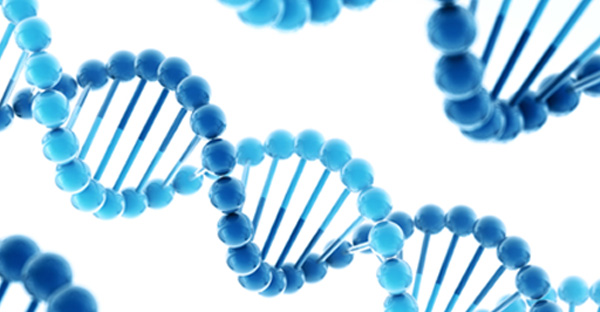 Are Your Genes Hazardous to Your Health?

In 2005, I visited China (my tenth trip since 1981!) Each time, I am reminded more of how much smaller and interconnected our world is becoming. Smart phones, e-mail, social media constantly remind us, wherever we are, to communicate and to get to know our shared humanity.

I was also reminded in China of another fact: no matter how small our world is becoming, Westerners and Easterners still have very contrasting thoughts and experiences on health. Chinese ideas arise from centuries of practice; ours from the tools of modern science and medicine. They aim to control disease through prevention; we aim to control disease through cure. The Chinese at least in rural China rely mostly on foods of plant origin; we rely mostly on foods of animal origin. For good health, they emphasize whole body experiences and whole food consumption; we emphasize “magic bullet” pharmaceuticals and targeted surgical procedures.

My editorial hypothesis for healthy living: More important than knowing which genes cause which disease is knowing how to control gene expression by dietary and lifestyle practices.

Nowhere are our contrasting philosophies more striking than in the recent news reports on the connections between genes and disease. According to these reports, there are one or more genes or hereditary units responsible for breast cancer, colon cancer, liver cancer, Alzheimer’s disease, and so on. Two recent front-page stories in The New York Times by Gina Kolata note that scientists have now discovered about 900 genes that are directly associated with some kind of disease or other condition. What these articles do not mention is the role that diet can play in altering these genetic forecasts.

I am speaking of genes in the larger sense of the word. I consider genes to be both the natural genes given to us by our parents and the mutated ones arising after we are born. In each case, the implications are the same. Every biological response, disease or otherwise, originates directly or indirectly from the genes within our cells. These genes are, in essence, the blueprints of our biological existence. They are the “seeds” from which responses arise.

I admit, these new gene discoveries are marvelously fascinating. In some sense we are beginning to understand the very basis for disease. Commercial tests are already becoming available for determining exactly which genes are linked to precisely which diseases. But regrettably, something really important is missing. It is this: we are ignoring the dietary and lifestyle conditions that determine how and when these genes are expressed. Almost always, having a particular gene is not the only nor the final word. Before a gene can manifest in a disease or other condition its “hidden” message must be expressed.

An increasing number of researchers have recently become interested in those factors responsible for gene expression. One of my post-doctoral graduates has convincingly shown, for example, that expression of the gene responsible for liver cancer can be dramatically repressed and liver cancer can be delayed or prevented if less animal protein is consumed. This type of discovery is not new. Many years ago, researchers found that the production of enzymes, which are the main products of gene expression, also could be markedly controlled by what we eat. Unfortunately, this information is not being adequately publicized, and with disastrous results.

The articles I referred to earlier raise some important ethical questions. For example, what does someone do when they learn that because of their genes they are destined for cancer, or a neurological disorder? What will employers and medical insurance companies do with such information? Should parents tell children who test positive? The list goes on and on.

What a difference it would make if we could just remember that genes only establish the potential for disease; they do not alone cause disease. We must understand, appreciate, and therefore act upon those factors responsible for expressing or exposing the hidden genetic messages.

Fatalistic Medical Reports Only Tell You Half the Story

What concerns me most about these stories is the fatalism conveyed by scientists to the doctors, and by doctors to their patients. People who learn they have such disease-producing genes often behave in very tragic and unproductive ways. According to Ms. Kolata’s New York Times report, an otherwise healthy nine-year-old boy who tested positive for the gene for a neurological disorder was put into a foster home. In other cases, some healthy young women, when told that they had a genetic susceptibility for breast cancer, underwent early mastectomies. Even suicide has been attempted.

Ms. Kolata writes that some scientists prefer not to tell parents of children testing positive for the presence of the gene for Alzheimer’s disease because it “can be neither treated nor prevented.” Such fatalism! If this is true, then why is there a relatively strong correlation between the incidence of this disease and meat eating? Could it not be that the gene responsible for Alzheimer’s disease is similar in its expression to the liver gene and could be repressed by eating less meat or some other food? Indeed, the underlying message in The New York Times articles seems to be that the main reason for gene testing is that it enables us to track diseases more closely so we can then determine when surgery or some other serious intervention may be necessary.

Virtually no mention is made in the news reports indicating that these genes must express themselves to do their damage. On this point, scientific evidence supports the role of proper nutrition in the prevention of certain diseases, thereby providing a way to control expression of unwanted genes. While we do not know exactly which kinds of nutrients prevent these diseases, nor how they act in controlling gene expression, we do know that routine consumption of plant-based foods offers the best chance of providing overall control for most of these diseases, and therefore expression of their underlying genes.

My colleagues who focus their work on these genes (some of us call them “gene jockeys”) will disagree with me on this point because they want to know the exact mechanism and the exact agents in foods responsible for this effect. Unfortunately, these scientists seem to have little knowledge of, or hope for, the idea that by eating whole foods of the right kind we can control the development of these so-called genetic diseases.

Thank You, I’ll Keep My Genes

This story about genes and gene jockeys is only the latest chapter illustrating the East/West debate on nature versus nurture. In this case, the genes provide the nature; nutrition and lifestyle factors provide the nurture.

I’ll accept whatever genes I have; anyway, I must. I don’t need to have a bunch of Frankensteins think about trading in my genes whatever they are. I prefer to use the kind of diet that, based on some very strong evidence, works best to keep under control those genes that ought to remain asleep.