Register now
Topics » Disease » Genetic Seeds of Disease: How to Beat the Odds

Genetic Seeds of Disease: How to Beat the Odds 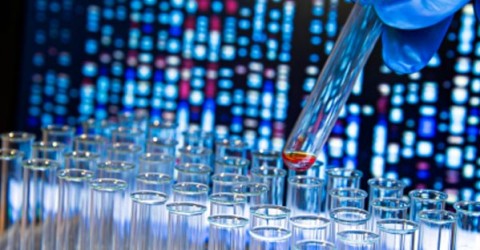 How often these days do you read that genes cause cancer?

Probably nothing in biomedical science deserves more attention. In my view, it even needs attention in nutrition newsletters. Why? Because there’s a peculiar line of reasoning going around that goes something like this: If genes are primarily responsible for determining when and what kinds of cancer we get, then what difference does it make what we eat?

Essentially, this is a very fatalistic view. Further, if this notion about genes is accepted as being valid, then many may be tempted to simply trade in “bad” genes for “good” genes. Regrettably, this is an idea that is very much alive in science and kicking up considerable funding support. Rather than succumbing fatalistically to gene research reports or trading our genes haphazardly, let’s start to think more seriously about preventing cancer, quite literally, by getting at its “root.”

Where is the Money Going?

I’ve previously commented in this newsletter on some of my concerns about this overemphasis on gene research (see August 1995 issue). While some of the new gene discoveries may provide hopeful opportunities, many are clearly harmfulespecially when people are not properly informed. Tragically, some people have become so distraught after finding out that they or their loved ones have a particular bad gene, that they then take unconscionable action. I’ve been called twice by mothers seeking advice on possible mastectomies for their daughters.

Why do NIH and similar funding agencies provide far more research funding for investigations on the genetic control of disease rather than for the nutritional control of disease? Whose purpose is being served here? Consider this: Improper diets, when compared to genetic backgrounds, are responsible for perhaps 30–40 times more cancers (at least), yet genetic research, according to my estimate, gets 30–40 times more funds.

On the more hopeful side, however, I would say this. If genes only indicate potential, not certainty for disease, then knowledge of troublesome genes may motivate people to be more careful about their dietary and lifestyle habits.

My reason for returning to this subject yet again in this newsletter is a very important study published this past spring. The findings of this study make a particularly compelling point that genes matter little, practically speaking, in the causation of cancer. I can hardly imagine a study being more devastating to the idea that genes are responsible for cancer risk. The study I have in mind was undertaken by scientists within the National Cancer Institute (NCI) of the NIH. The study group was headed by a very prominent and experienced senior investigator, Dr. Robert Hoover.

The investigators asked a very simple question about whether identical twins were more likely to get cancers than were other sibling pairs. You see, identical twins have essentially the same genes, thus they should get the same cancers if their genes are the primary cause. According to this reasoning, if one member of the twin pair gets a specific cancer, then the second member, who carries the same genes, should also get it.

The findings from this study are unusually revealing. First, this study was the largest of its kind ever undertaken. Cancer deaths among 5,690 identical twin pairs were compared with cancer deaths among 7,248 non-identical twin pairs. Second, careful attention was given to include the details of record keeping so that only those records with verifiable information would be used in the analysis. It was, in my view, a well-designed and well-executed study.

Briefly, without getting into all the detailed findings, these scientists concluded that “…knowledge of the cancer mortality experience of an individual will not commonly have strong predictive value for the experience of another individual who has identical genes.”

What this conclusion says, basically, is that genes do not matter, at least for any significant proportion of cancers. To be specific, the probability of both identical twins getting cancer was only 1.4 times that for both non-identical twins getting cancer, a result of only borderline statistical significance. Even for one of the cancers known to have a definite gene linkage from the mechanism point of view (a certain type of colon cancer), there was essentially no evidence that the mere presence of this gene actually caused the cancer. To put this 1.4 fold difference into further perspective, smokers are 8–10 times more likely to get lung cancer than non-smokers, while people chronically infected with hepatitis B virus are 20–40 times more likely to get liver cancer than non-infected people. This small 1.4-fold increase, if real, might even be due to the greater similarity of lifestyles for identical twins than for non-identical twins. And finally this: these results essentially agree with the findings of four other smaller studies previously published. In short, this difference, even if real, is so small that it virtually eliminates genes as an important cause of human cancer. This brings up some very practical questions. Why is so little attention given to the idea that it is not the mere presence of “bad” genes but the expression of these genes that matters most? For genes to cause something, they cannot lie dormant; they must be switched on or expressed. Thus, why isn’t gene expression, especially by nutritional means, given more attention, both among researchers and between researchers and the general public? Genetic Deceptions In conclusion, even though I had often thought that genes might account for a small proportion of human cancers, I am surprised by this finding showing that genes appear to contribute little or nothing to cancer risk. I would have thought that we might have seen in this study at least a small genetic effect. The subjects in this study were men who, in all likelihood, consumed a typical American diet. With such a diet, whatever cancer-causing genes might have been present should have been consistently and uniformly expressed as cancer. This was not seen. Therefore, I must conclude on the basis of these and other data with considerable confidence that differences in cancer rates between people or individuals cannot be attributed simply to genes. Obviously, the “gene story” is about much more than genes. It’s about what we eat and what we don’t eat. It is also about the great reluctance on the part of so many of us to change our eating habits. Despite the fact that Americans are more nutrition conscious than ever before, significant change is painfully slow to come. During the past 30 years, and especially so in the last decade, the number of overweight children has more than doubled.