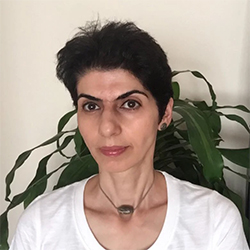 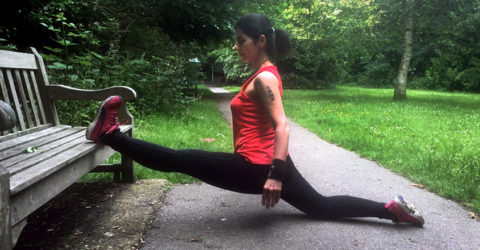 It was the hardest decision I ever had to make. It wasn’t just that I walked away from a career in medicine, I gave up on my passion, the dream of becoming a pediatrician. But in a sense, it was a choice my body made for me. My migraine attacks would confine me to bed for days on end, escalating from an infrequent nuisance as a medical student to a debilitating burden as a physician. The on-call shifts became more difficult. I couldn’t complete my membership exams or socialize with colleagues. That was no life. I threw in the towel.

Combating my migraines became my new mission. Beyond a formal education as a fitness trainer, I rigorously studied the role of exercise and diet in healing. Even with a background in medicine, it was only on this unexpected journey that I received structured nutrition training for the first time. Although none of the courses I took were tailored to my needs as a vegan personal trainer, my curiosity was sparked. Luckily, I stumbled on Dr. Campbell’s Plant-Based Nutrition Certificate program. I immediately jumped onboard.

The more I learned about the link between nutrition and health, the more cheated I felt. Why hadn’t I been taught such critical issues in medical school?

Here are three things I wish I had known back then:

1. “Genes are NOT destiny,” says Dr. Neal Barnard, founder of the Physician Committee for Responsible Medicine.

What an eye-opener! I can still remember when as a junior doctor I offered a cookie to a colleague a couple years my senior. “I really should watch my sugar,” he said, “but then again, why bother. Diabetes runs in my family, and I’m getting it anyway.” He devoured the cookie, sealing his genetic destiny.

Even though a number of academic papers have been published on the topic, what my colleague and I failed to appreciate was that our choices influence how our genes are expressed. Nutrition, exercise, and the environment we live in all play significant roles in our overall health.

In the China Project, researchers surveyed a large number of people of Chinese descent who had reasonably similar genes but different dietary and lifestyle habits. The study revealed that chronic diseases and cancer were geographically localized. This meant that nutrition and environmental factors played a more important role than genes in health outcomes. Such findings have been confirmed by numerous migrant studies that uncovered the reason for an increased incidence of chronic disease in migrants compared to their compatriots in the country of origin. In short, the adoption of a western, animal-based diet is the main causative factor – again not genes.

What this means is that genes hadn’t sentenced my colleague to diabetes. I believe knowing that we are not slaves to our genes empowers us to take responsibility for our wellbeing and ultimately make better choices about the food we put in our bodies.

2. “Humans have no requirement for cow’s milk.” This statement was published in JAMA Pediatrics by Harvard-based Drs. David Ludwig and Walter Willett.

Even so, nearly all pediatric doctors I know are trained to advise parents that “babies need all the energy and vitamins milk offers” and to instruct them not to dilute cow’s milk with water, or to settle for semi-fat or low-fat milk. Honestly, it was one of the most repeated instructions I uttered during my placement at Birmingham Children’s Hospital.

For centuries, we’ve been told the myth that milk makes for strong bones and strong bodies; a glass of milk is the first thing many parents reach for to give their children.

Looking back, since 65% of the world population suffers from lactose intolerance, with the prevalence being 50-100% among those of Asian and African descent, we were providing rather harmful advice to most of our non-white patients. Intolerance to cow’s milk has been shown to cause chronic constipation and recurrent ear infections, two of the most common pediatric problems.

For centuries, we’ve been told the myth that milk makes for strong bones and strong bodies. A glass of milk is the first thing many parents reach for to give their children. However, a growing body of evidence shows that cow’s milk can actually increase the risk of bone fractures. This is because animal proteins leach calcium from our bones and increase its excretion. Furthermore, high intake of dairy protein is associated with obesity later in life.

As Dr. Mark Hyman says, dairy might be nature’s perfect food — but only if you’re a calf.

3. “Nutrition can create more health than all pills and medical procedures combined.” These words by Dr. T. Colin Campbell say it best!

I’ve had a longer career as a patient than as a doctor. Even as a teenager, I knew more about what triggers a migraine than some of the doctors I was dragged to see. Throughout my countless doctor appointments, I not only received controversial treatments such as oxygen therapy, but I was also given strange nutrition advice – like to drink a cup of coffee with each analgesic pill. Sadly, it was a doctor who advised me to avoid yeast and to induce vomiting if I had consumed any by accident, guidance that paved the way to my eating disorder.

Simply put, the nutrition and lifestyle advice I was given was outmoded and lacked any scientific basis. What is more, my parents spent a substantial amount of money on specialists – all without any success.

Most healthcare professionals recognize that poor lifestyle choices are both at the root of many chronic diseases and exacerbate the symptoms. However, the majority of physicians are not trained in nutrition and often offer lifestyle advice based on popular science that is not supported by firm evidence. We should expect more considering that health professionals are in a position of such authority. The advice they give goes a long way.

Educating physicians about the power of nutrition as medicine is the best investment we can make.

A randomized, controlled trial in the year 2000 showed that patients were more likely to change their diets when advised by their doctors. In the words of Dr. Michael Kadoch, “educating physicians about the power of nutrition as medicine is the best investment we can make.”

Would I still be a doctor if I had known the role of nutrition in health and disease? This is not a question that I ponder anymore. I am content with where I am right now. Transitioning to a whole food, plant-based diet has put an end to my chronic headaches and given me a new lease on life.

Inspired by what I’ve learned through Dr. Campbell’s Plant-Based Nutrition Certificate program and convinced through my own health recovery, I’m about to start a masters degree in Clinical and Public Health Nutrition.

What air is to life, food is to body – the most powerful medicine.

From Suffering With Lupus to Food Promoting Doctor