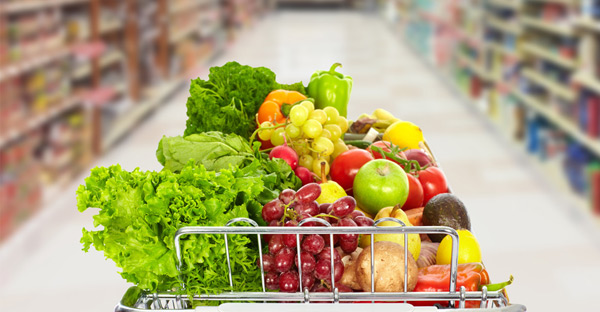 From Suffering With Lupus to Food Promoting Doctor

This article series is dedicated to helping you heal from autoimmune disease, or any inflammatory illness, with supermarket foods.

At 16 years old, I grew gravely ill. I developed debilitating arthritis that moved through my body making it hard to walk or even hold a pencil. I also developed a bright red rash across my nose and my cheeks, and began having horrific migraines that would keep me in bed for days, only moving when I had to lean over the trashcan to vomit from the pain.

The doctors diagnosed me with Systemic Lupus Nephritis, commonly called Lupus. Lupus is an autoimmune disease where the body can no longer differentiate between body parts that belong to us, and attacking organisms like bacteria and viruses. The confused immune cells start to attack organs like the kidneys, the heart or the brain, causing massive amounts of pain and suffering, and ultimately leads to an early death.

In my case, even worse than the physical symptoms I was suffering from, an emergent kidney biopsy showed I was in stage IV kidney failure. My immune system was destroying my own kidneys.

My doctor told us with a pained expression, that without aggressive treatment, I had six months to live, and with traditional treatment with steroids, I would likely still end up on dialysis.

He recommended an experimental treatment, using chemotherapy in addition to the medications like high dose steroids. They wanted to try using the toxic side effect of chemotherapy, the suppression of the immune system, as a way to stop my overactive immune system from killing me.

We agreed to the plan, desperate to save my life, and I was given Cytoxan chemotherapy every month for two whole years. Nowadays, chemotherapy is commonly used for Lupus, but usually for only a few treatments over the course of a week or two.

To this day, I have never met anyone else who has taken it for two years straight like I did over 20 years ago. Back then, chemotherapy for Lupus was still in the research stage so there was no reference for how much I would need to get my disease into remission, so we did it for two years.

Chemotherapy is one of the most excruciating medical treatments I have ever experienced. The chemicals are literally toxins designed to kill cells and I received them directly into my blood through an IV in my arm. It’s constant nausea, vomiting, dizziness, and weakness that lasts for four weeks after each treatment. I couldn’t eat, nothing would stay down. If I ever began to feel like myself again, it would only last for a few days and then back onto the next treatment, four weeks of non-stop vomiting and nausea hell. I lived that way for two whole years.

During those years, I would hear my mom crying behind her closed bedroom door at night, and I can never erase the sight of my grandmother on her knees on the kitchen floor begging God to take her life and spare mine.

Whenever I had the strength to do something, I would read my textbooks and learn as much as I could. Learning science was a wonderful distraction that allowed me to cope with my illness and plan for my future. I intellectualized my disease as a fascinating malfunction that could possibly be repaired by the right scientists one day. I decided I would be a scientist myself, so I could help others like myself live longer lives. Because of the way I immersed myself in my textbooks, I still graduated in the top 10 of my high school class and got a scholarship to my dream college, Carnegie Mellon University.

While the chemotherapy was a brutal experience, it did put me in remission and stopped Lupus’ assault on my kidneys, saving my kidneys and my life. In a remission, your disease is still present, but stable: while I still tested positive for Lupus, my organs were functioning and I was not getting worse. Unfortunately, it did not last. When I was in medical school I suffered a transient ischemic attack, known as a mini-stroke while working in the family practice clinic. When I recovered, I was told that I had a new autoantibody, anti-phospholipid antibody, which was creating blood clots throughout my body. I was told I needed to inject myself in the stomach with blood thinners for the rest of my life to prevent a major stroke. I was also told I could never have kids, that it would be a death sentence.

I lived 12 years with Lupus casting a shadow over my life, my dreams and my future, but I fought hard to make whatever life I was meant to live matter. I wanted to make a difference. I wanted to help people with whatever time I had left.

That was when I met the man who saved my life and captured my heart, Thomas Tadlock. Falling in love with him led to an avalanche of joy in my life. He not only loved and married a sick woman who could not have his children, whom he would have to take care of before I died too young, he ultimately had the key that saved my life and helped me heal.

He is a celebrity trainer, and I asked him to design a diet for me to look amazing at our wedding. I wanted to look like the MTV celebrities he was training for our wedding in Maui. I had been a vegetarian since childhood (or really a cheese-atarian) and he had to make adaptations to his usual protocol which included meat in addition to high levels of vegetables and omega 3s and high hydration.

The combination of the super-nourishing aspects of his nutrition plan minus the meat, and eliminating the dairy products I was addicted to, accidentally was the right combination of nutrients that ultimately healed my body of Lupus.

I never believed in fate until meeting my husband, but truly if it weren’t for him, I would still be sick, childless and probably handicapped from arthritis or organ failure.

The miracle of my healing led us to devote our lives to understanding the science behind the interactions of different foods on our microbiology, and led us to develop the 6 Easy Steps to Healing with Supermarket Foods.

We realized that there are certain foods like meat, dairy, processed foods and some oils that can cause chronic inflammation that triggers disease, and other foods like raw greens, vegetables and omega-3 fatty acids that give your body the nutrients it needs to heal disease – even Lupus. Thanks to these principles, not only have I been completely disease-free for 13 years this year, I was able to have two healthy sons, and have blood tests that rival the healthiest athlete. I don’t even have the “genetically” high cholesterol I had since my 20s. We know that every 10 years our body has completely regenerated all the cells in our body, meaning that literally, the body I currently have has never been sick.

This is what I fervently want for everybody out there; to learn how to heal and get the vibrant health and energy they deserve, so they can give the gifts they were born to give. I retired from my beloved position as the medical director of the youth treatment center at a nonprofit in 2012 so I could dedicate my life to teaching doctors, patients, parents and everyone else who will listen to how easy it is to get healthy and stay that way.

This brings me to an important point: doctors don’t try to keep this information from you. If they don’t know it, they can’t teach it to you. Doctors are always the first people to excitedly run to the back of the room to talk to me when they see my seminars, because they are inspired to learn more so they can help their patients more. Don’t give up on your doctor.