Topics » Weight Loss » How To Sell A Diet Pill 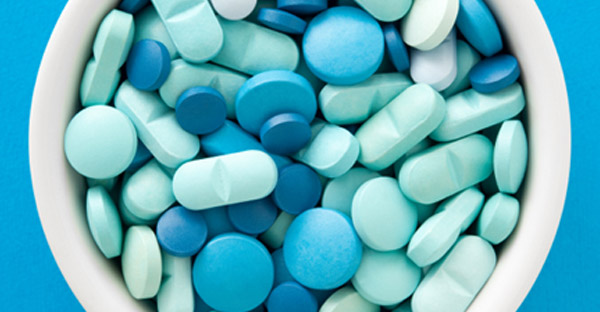 How To Sell A Diet Pill

Henry Luce was a media giant, a genius, when he founded Time magazine. He knew how to inform, even how to mold public opinion. His biographer, W. A. Swanberg, called him “the premier journalist of the twentieth century.” Others called him the most influential individual of this century, a confidant of kings, queens, prime ministers, and presidents.

So it was, and so it is. Today, Time still commands a leading position in dispensing public information-and the public pays heed. And so, too, does the biomedico-pharmaceutical complex, which knows all about this powerful information channel. In case you haven’t seen the Fall 1996 Special Edition, take a look and you will see what I mean.

The entire issue is devoted to “The Frontiers of Medicine.” Slick, pretty pictures, and elegant schemes showing the latest miracles of modern medicine at work, all the way from the laboratory to the DNA inside our cells, to the nasty little bugs and germs lurking about places they ought not to be. Sounds like great stuff, probing the inner secrets of our darkest nooks and deepest crannies, peering into places never seen before. In many ways, it is great stuff. Discovering the marvels of nature is as fascinating as any endeavor I know. Those pictures and charts beckon me back to the lab.

However, I’ve got a twitch, and it is irritating. Of the 31 full pages available for advertising in this Special Edition, 27 were sold to the biggest and most powerful pharmaceutical company in the world, Glaxo Wellcome. Oh, I know these ads provide the essential ingredients of Time’s profits (without ad revenues, they would struggle to survive-we know!). And I know that Time has huge demands for funds to keep their worldwide news-gathering service intact. But an appetite consuming this much? It seems a bit much to me. What do you think?

What does Glaxo Wellcome want? It doesn’t take a lot of smarts to realize that they want new drug products, new medical devices, anything that claims to combat illness and disease-unfortunately after they already are present. Glaxo Wellcome has little interest in nutrition unless they can manufacture some chemical supplements under the guise of nutrition, and then call them nutriceuticals. We need only ask, if we were to get too healthy, where would Glaxo Wellcome be? They would have fewer bodies and minds to chemically fertilize, that’s where.

So, what’s my point? Take a look at this issue of Time and see if you can find any serious reporting on the idea that lifestyle and nutrition have anything to do with the prevention or treatment of disease. No, it’s all about drugs, drugs and more drugs-past, present and future. Oh, there are a few caveats about drug side effects here and there, but what follows next? Their take-home message: “Don’t worry, be happy.” In other words, these side effects are only impediments to be conquered by the wonder workers of science.

Maybe a second pill might be found to “correct” the problems created by the first. Did you ever see the pillboxes of our elderly? Have you ever checked out the dictionary’s definition of pillbox: “a fortress armed for warfare.” Time, have you lost your mind? How about doing a future issue on mind-altering drugs to treat such behavior?

And if this Special Edition is not enough to convince you something is amiss, take a look at the September 23, 1996, issue of Time. Here we quickly learn, according to the cover, about “The Hot New Diet Pill. Redux really seems to work.” While the writers do include some real words of caution in this cover story, how many people get past that compelling front cover? That front cover headline catches our five-second attention span and they know it. Now approved by FDA as the first new diet drug in 23 years (perhaps with a little sleight of hand according to those close to the decision), Redux is being gobbled up like jelly beans; doctors are writing 85,000 prescriptions a week, according to Time.

Time tells us that, yes, there are some ominous signs from laboratory animal testing indicating possible trouble with this new wonder pill, such as brain damage, heart and respiratory problems, but then they obligingly go on to say that these and other health risks “have to be weighed against the danger of remaining fat, which is considerable.” Nowhere do they take seriously the possibility that a low-fat, plant-based diet and a good exercise program have any value. The closest they get to mentioning such a diet is to spill words from a pejorative pen. Comparisons with “low-carbohydrate diets and the Scarsdale diet and plenty of other weight-loss schemes” is not exactly the way, Time, to describe an effective dietary and lifestyle approach. Set your sights on such low standards and anything looks good, right? Concludes Time, even though these drugs are “crude attempts” to shed pounds, they still “attack obesity at its very source.”

Is suppressing appetite your idea of a “source”? Source for what? Are not the killing of brain cells, inducing abnormally high blood pressure to cause permanent heart damage, and possibly enhancing cancer growth also “sources” of something unwanted?

Incidentally, two of my doctoral students have done research on the basic chemical ingredient of this new pill, fenfluramine, and twice we have found that it stimulates the early development of experimental liver tumors, an observation rather similar to the reports of another laboratory in Canada. Of course, we cannot say whether this translates to the human condition, but it is ominous. Time, of course, takes no note of these findings.

The only real interest in our work from the manufacturer’s side seems to come from the drug company’s attorneys. When the possible cancer effect is taken together with the possibility of brain damage and the likely need for ever-increasing doses for greater effect, I worry about the story ready to erupt just over the horizon.

What bothers me most, however, is the way that Time reports these stories while advertising so heavily for the drug approach to health care. Even if they add a few caveats and warnings about these magic potions, this does not excuse their ignoring the far safer and cheaper and more effective approach to good health through diet and lifestyle change. It’s the first glance at the magazine cover staring out from the magazine rack that sells, and we all know it.

An all-powerful biomedico-pharmaceutical complex drifting at sea in a culture of ignorance is intimidating, to put it bluntly. This is a serious societal problem needing serious attention. Can’t we give a little attention to what works best in the long run and stop looking for instant gratification?