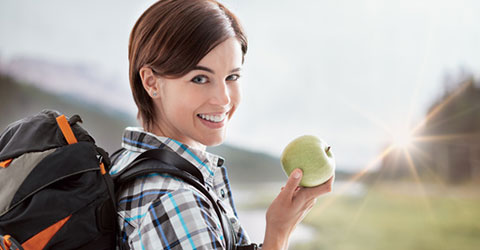 How to Travel on a Plant-Based Diet

When I became a plant-based eater years ago, one question plagued me: How can I take this diet on the road? As a journalist for whom travel is a necessity, I’m usually packing my bag every three to four weeks, traveling domestically and internationally. My trips are also often hosted, meaning that I don’t have much control of where I’m going to eat, which only adds to the dilemma.

Fortunately, plant-based eating is such a worldwide movement these days that it’s easier than ever to follow this lifestyle on the road. That doesn’t mean there aren’t challenges, though. When I was in Hungary on a walking tour recently, for instance, the guide asked any vegetarians in the group to raise their hand during his discussion about Hungarian food. Though I’m technically vegan, I raised mine, the only one in roughly 30 folks. The guide then proceeded to apologize, saying I was in the wrong country, as Hungary is a meat-loving mecca. And he was right, as my main option on most menus was a tomato and cucumber salad.

So what’s a plant-eating road warrior to do? Here are a few of the strategies I recommend taking with you on your next trip:

While it’s no longer as much a challenge to travel with a plant-based diet, there is still one lingering one: Criticism from others about “missing out” on eating the specialty foods of wherever you’re visiting. Missing out on cruelty to animals, environmental damage and harm to my health? No thanks. Besides, this diet has opened new doors in my travels, exposing me to so many unique dining experiences that I would never have had otherwise.