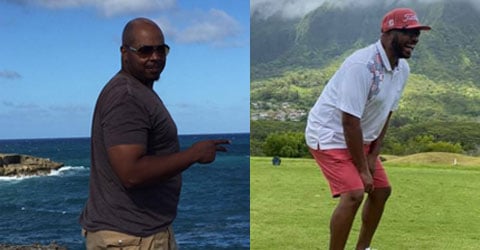 In 2016, after spending most of her adult life trying to lose weight, including years of battling against diet-related medical conditions, my mom started researching plant-based eating. She’d tried so many fad diets by that point, and even lost weight, but she could never keep the weight off. It was a never-ending cycle for her. I remember when she first started getting into the plant-based dietary lifestyle; she was so excited every time she learned something new. She’d call me talking about, “Doctor this and doctor that.” It was funny to hear the excitement in her voice every time she discovered new benefits of following a plant-based lifestyle, but also heartening because her health did improve over the years.

She tried to convince me to eat a plant-based diet, but I had no interest at that time. Though I was excited for her new journey, I was relatively young and had no underlying health conditions. Plus, I loved eating meat.

“I’d dropped nearly 30 pounds. My doctor asked what I’d been doing. When I told him that I hadn’t been taking the medicine, he was a little upset, but I was adamant that I wanted to try to fight this condition through nutrition.”

Then came the beginning of 2019. I knew something was wrong with me because I was constantly thirsty and I had to urinate every 30 minutes or so. That wasn’t normal for me, so I decided to get a checkup, and on January 16, I got the blood work results back from my doctor. My A1C was 8.0 and my glucose level was dangerously high—around 400. That’s type 2 diabetes, and it was especially concerning alongside the other elevated numbers in my blood work. My doctor prescribed all kinds of medications and wanted me to start them immediately.

When I told my mom that I was planning to follow the doctor’s prescribed treatment, she really got my attention by commenting on my high cholesterol and triglyceride levels. She told me that we had a history of heart disease on her side of the family and diabetes on my dad’s side of the family, and she reminded me that while my diabetes had given me a warning with the symptoms I’d experienced, heart disease often doesn’t give any warnings before a heart attack. Like I said, that got my attention.

I was still a little defiant, but I said, “I’ll do everything you tell me to do for two months. Let’s see if all this stuff you learned is true.” She immediately sent me a bunch of things to read and videos to watch. She told me to start by not eating anything that has a mother. For lunch the next day, she recommended that I go to a local sandwich shop to get a whole-wheat sandwich filled with as many vegetables as possible and topped with mustard dressing. From that day on, I was eating plant-based.

I saw almost immediate results from the at-home glucose test. My glucose levels dropped by 50 percent in less than two weeks! For the next three months, I was strict with what I ate, and throughout that time, my mother and I spoke regularly. She was a big support for me and helped me to find many eating options where I live.

By my next doctor’s appointment, that April, I’d dropped nearly 30 pounds. My doctor asked what I’d been doing. When I told him that I hadn’t been taking the medicine, he was a little upset, but I was adamant that I wanted to try to fight this condition through nutrition. I also conceded that if my numbers remained high, I would take the medicine.

A few days later, I was on my annual golf trip when I got a call from the nurse. I remember I was on hole 13. I was so focused that I didn’t quite realize who it was at first.

“Your blood work is in,” she said. My heart dropped! The last thing I wanted was bad news on my golf trip. But then she continued, “I am so happy to tell you, your A1C is 4.5.” 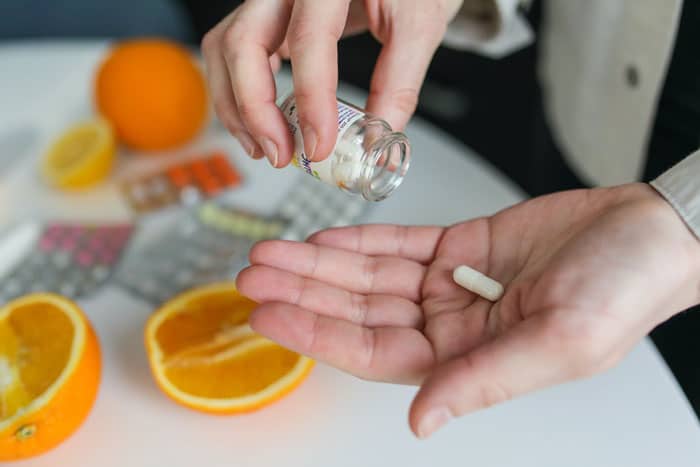 My other numbers were equally impressive. I was so excited! All the hard work and sacrifices that I’d made were paying off. Not only was I no longer considered diabetic, and not only had I lost weight, but I was also on the road to recovering from other issues that my initial lab results had signaled.

So yes, it is possible to heal your body simply by changing the things you eat. I am proof!