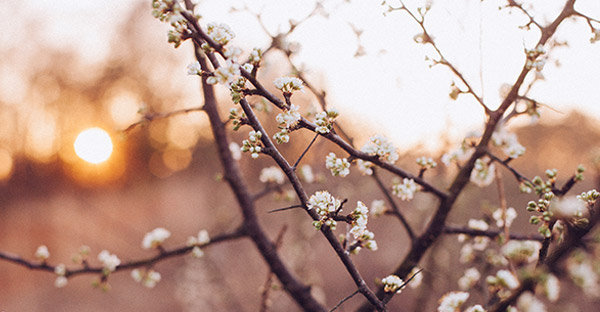 Making Peace with Food Choices in the New Year

I used to expect a lot from January 1st. Or my birthday. Or a Monday. Fresh start.
Out with the old. Bring it on: I’m up for this.

Except I wasn’t. You see, I spent thirty years fighting with food and the food always won. My attempts to battle my way out of eating junk food, rich food, and excess food were futile as long as I expected to revolutionize everything on some day that suggested “newness.” That finally ended when somebody sat me down and said, “Stop trying to change the rest of your life. Just live up to the best you know for today.”

This simple concept, making choices that make sense today, the only day I’ve got, saved me from the tyranny of thwarted resolutions and fizzled aspirations. I could eat the best food I knew of at the time for breakfast, lunch, and dinner. Whether it was December 25th or January 1st or the 4th of July, that day was mine and still is. It’s yours, too.

When you put your dietary decisions in a one-day-a-time context, they’re manageable and accessible. You have a wonderful feeling of being on top of this thing. You don’t have to worry about knowing how to fix 365 plant-based entrees; one or two is fully adequate. You don’t have to fret about what you’ll eat at your sister’s wedding three months from now or your trip to Italy next summer. Today you’ll eat whole plant foods, and you’ll enjoy them, and you’ll feel good about yourself. Nuptials and Naples will be doable, too, when navigating each of those becomes the order of the day.

As one day leads to the next and the next, you’ll gain experience. You’ll learn the ropes of shopping and food prep and eating out and traveling as someone who eats a plant-based diet of primarily whole foods. You’ll make peace with the days that aren’t perfect – being stuck in an airport for twenty-four hours means you’re unlikely to be dining on kale and quinoa – and you’ll be surprised at how many days, in the dietary sense anyway, actually are as close to perfect as things get on this planet. By then you’ll no longer be attempting to do something new. It will be your normal, just upgraded.

This doesn’t mean that I disregard the transition from one year to the next and its invitation to smooth rough edges and do things better. I just don’t set intentions that set me up to fail, and I look at those areas in which I want to improve as a year-long projected plan, implemented a day at a time. I’ve been eating this way for thirty-one years, but there’s been a gradual improvement over time. Early on my food was a colorless palette: lentil loaf, nut loaf, brown rice, brown bread. It’s evolved into a rainbow buffet that includes leafy greens, bright berries, rich yellow yams and squash, and the surprising array of farmers’ market vegetables that come in purple. But if I hadn’t started where I started, I wouldn’t be here now.

So allow yourself to start where you’re starting. It’s the perfect place. Celebrate that it’s 2015 (well, almost) and that the work of Dr. Campbell and other researchers and clinicians exists in the world, so we can rely on science rather than guesswork in making our food choices. Pore over the best vegan cookbooks and recipe sites until you find ways to make whole-foods replicas of dishes you might miss.

And get a sense of the Big Picture. You’re treating your body the best way possible, but you’re also lessening suffering of innocent creatures, and standing up for environmental sustainability. No other dietary choice can claim this, and I believe there’s power in that, power to help you stick with your conviction because it’s not just about you. This has been my experience anyway, a day at a time since Reagan was President and I had a perm.